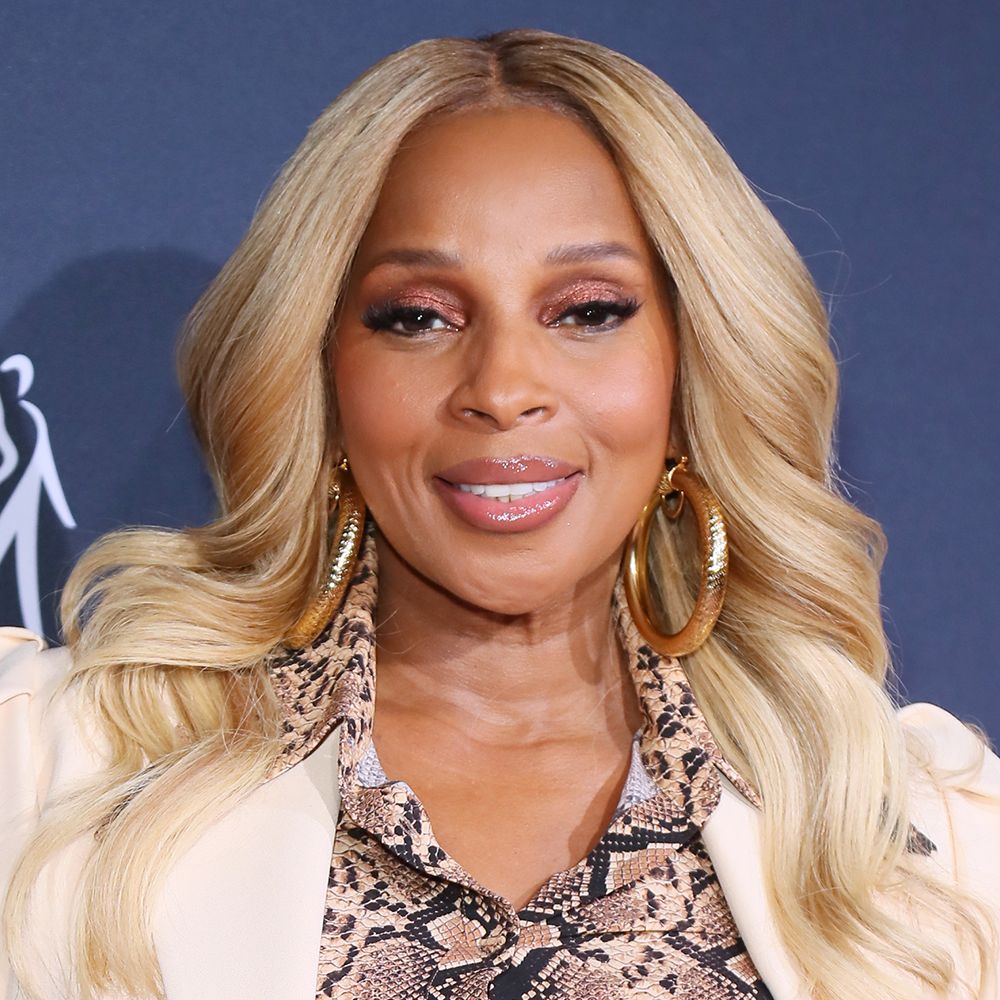 Who Is Mary J. Blige?

When a recording of 17-year-old Mary J. Blige singing at a karaoke booth came to the attention of Uptown Records, the company put her under contract immediately. She sang backup until the 1992 release of her first solo album, What's the 411?, a record that re-defined modern soul. Blige has had several No. 1 Billboard hits and has won nine Grammy Awards. She has also earned positive reviews for her acting in projects such as the 2013 TV movie Betty & Coretta and the 2017 World War II-era drama Mudbound.

Born on January 11, 1971, in the Bronx, New York, Blige has won over millions of fans with her music. But before becoming a successful hip-hop singer, Blige endured a hellish childhood marred by violence, alcohol and drugs. Her mother, Cora Blige, was a nurse and an alcoholic; her father, Thomas Blige, was a jazz musician who played the bass guitar, as well as a Vietnam War veteran who suffered from severe post-traumatic stress disorder. "My mother went through awful abuse from my father," Blige once recalled. "He left us when I was 4, but he'd come back from time to time and abuse her some more."

Hoping to escape from her father, Blige and her mother moved to the Schlobohm Houses, a public housing project in Yonkers. The projects offered only more horror: "I'd hear women screaming and running down the halls from guys beating up on them. People chased us with weapons. I never saw a woman there who wasn't abused. It was a dangerous place. No one wanted anyone else to get ahead. When I was 5, sexual stuff was done to me. My mother was a single parent, a working woman. She left us with people she thought could be trusted. They hurt me."

Blige found escape from the terrible world of her childhood in church and in music. "I loved being there because I wouldn't be hurt," she said about going to church. "I felt wanted and special, and when I was 12, I sang the hymn 'Lord, Help Me To Hold Out Until My Change Has Come.' I was praying as I sang it. I felt the Spirit." However, by the time she turned 16, she had dropped out of school, stopped going to church, and become addicted to drugs and sex. "I ended up becoming my environment," Blige said. "It was bigger than me. I had no self-respect. I hated myself. I thought I was ugly. Alcohol, sex, drugs—I'd do whatever it took to feel a little better."

It was Blige's voice that rescued her from the tragic life into which she was quickly falling. "Everyone talked about the karaoke machine at the mall," she remembered. "So I went in and recorded Anita Baker's 'Caught Up in the Rapture' on a cassette tape. I didn't think it was anything big." After four years of sending out her demo tape to no avail, Blige managed to get the tape to Uptown Records CEO Andre Harrell, who was blown away by her beautiful, powerful and soulful voice. He signed Blige to a record contract in 1992 and assigned a young up-and-coming music producer named Sean "Diddy" Combs to work with her. Blige released her debut album, What's the 411? later that year, and it instantly became a huge success. The album sold more than 3 million copies, bolstered by the hit singles "You Remind Me" and "Real Love."

Two years later, Blige released a second album, My Life, on which she wrote or co-wrote nearly all of the songs. My Life proved another critical and popular success with singles such as "Be Happy," "Mary Jane (All Night Long)" and "You Bring Me Joy." In 1996, she won her first Grammy Award (best rap performance by a duo or group) for "I'll be There For You/You're All I Need to Get By," a duet with Method Man of the Wu-Tang Clan. Her third album, 1997's Share My World, reached No. 1 on the Billboard albums chart, and featured hits like "Love Is All We Need" and "Everything."

While her music was adored by fans and critics alike, behind her professional success Blige's personal life continued to spiral out of control. "I didn't know my own worth," she said. "I was ignorant. The people making money off me kept me blind: 'Mary likes cocaine? OK, let's make sure she keeps getting it. Alcohol? Get her that.'" Blige finally managed to turn her life around when she met and fell in love with a music executive named Kendu Isaacs. "After I met him, everything changed in my life," she said. "He was the first person to ever challenge what I did: 'Why are you drinking? Why do you hate yourself? You don't need to be around people who tear you down. You're beautiful, Mary.' He was the first man to ever tell me that." Blige and Isaacs married in 2003, and she became a stepmother to his three children. In 2016, it was reported that the couple has called it quits.

In 2001, Blige released an album fittingly titled No More Drama. The album features her most popular song to date, "Family Affair," which was one of the most popular songs of the decade and remains a classic of the hip-hop soul genre. After her 2003 album Love & Life earned only lukewarm reviews, Blige recorded her most popular and acclaimed album to date, The Breakthrough, in 2005. In addition to selling more than 7 million copies worldwide, The Breakthrough was nominated for eight Grammy Awards and won three, for best R&B album, best R&B song and best R&B female vocal performance (for the song "Be Without You"). Blige continued to put out new albums thereafter, including Growing Pains (2007) and Stronger with Each Tear (2009).

In 2011, Blige contributed a song, "The Living Proof," to the soundtrack of the hit film The Help. She also released the album My Life: Part II ... The Journey Continues, which became a Top 5 hit. The record featured the song "Mr. Wrong," a collaboration with rapper Drake. The following year, Blige celebrated the 25th anniversary of her breakthrough debut What's the 411? with a new edition of this classic album and also released the holiday collection A Mary Christmas.

2014 saw the songstress handling all of the tracks for the soundtrack to Think Like a Man Too. That same year, refusing to rest on her laurels, Blige expanded her musical palette geographically with the album The London Sessions, showcasing her time in the United Kingdom and featuring songwriting from Sam Smith, Emeli Sandé and Disclosure. Renowned as the Queen of Hip-Hop Soul, Blige is undeniably one of the great singers and artists of her generation. She has sold over 50 million albums and, as of 2015, has won nine Grammy Awards.

In addition to music, Blige has branched out into acting. She appeared in Tyler Perry's dramatic comedy I Can Do Bad All By Myself in 2009, and sang in the musical film Rock of Ages alongside Tom Cruise, Alec Baldwin and Russell Brand in 2012. Taking on a more dramatic role, in 2013, she appeared as Dr. Betty Shabazz, the widow of slain civil rights leader Malcolm X, in the TV movie Betty & Coretta. Angela Bassett co-starred as Coretta Scott King, the widow of Martin Luther King Jr., in the small-screen production, which explored the lives of these two women in the wake of their husbands' deaths.

In 2017, Blige pulled off a rare acting/singing double nomination from the Golden Globes, earning consideration for her supporting role in the period drama Mudbound and its song "Mighty River." (Barbra Streisand is the only performer to win Globes in both categories the same year, for her contributions to A Star Is Born in 1976.) Blige later earned Academy Award nominations for Supporting Actress and Original Song.

Early in 2018, it was announced that Blige was being honored with a star on the Hollywood Walk of Fame, with Combs tapped to deliver the introduction for the January 11 ceremony.

In May 2013, Blige was revealed to have a substantial outstanding tax bill. The Internal Revenue Service filed $3.4 million tax lien against her and her husband in New Jersey that February. This huge tab covered three years' worth of unpaid taxes. A spokesperson for Blige told the Associated Press that the singer is working "with her new team to resolve all these issues as quickly as possible."