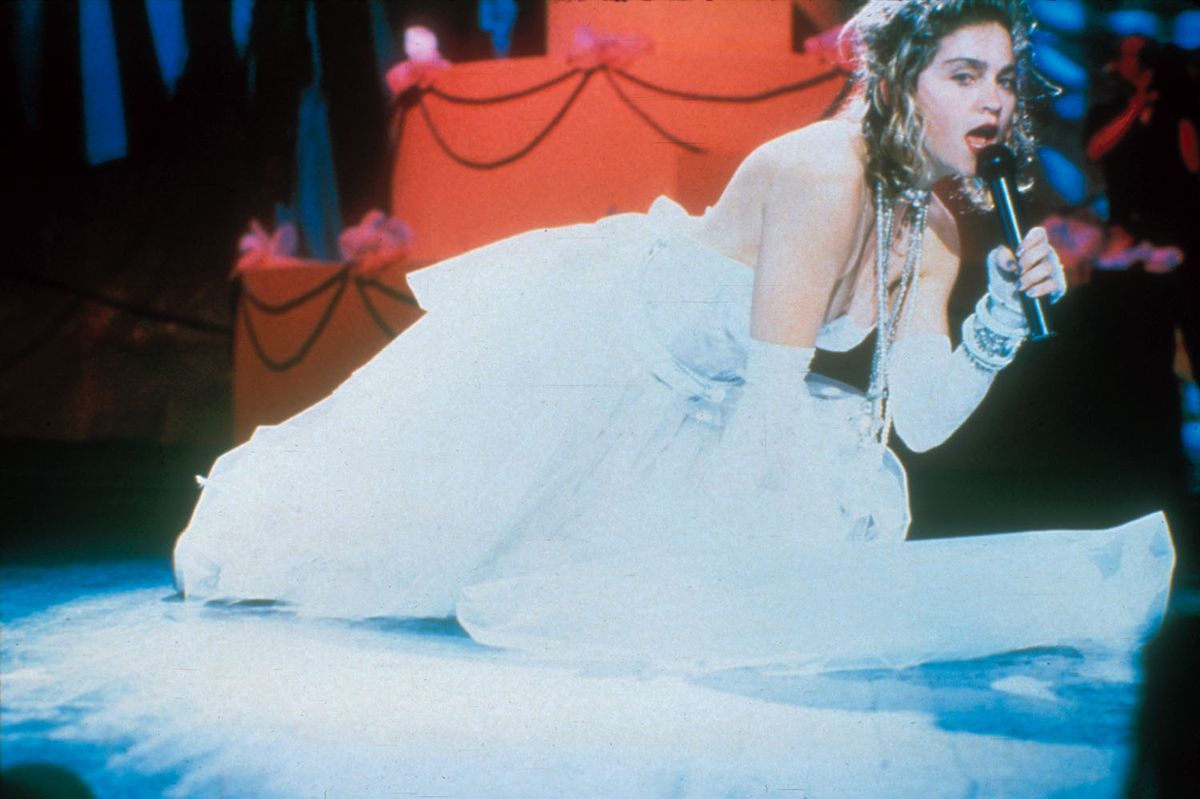 It turns out that shocking performance — which turned both Madonna and the VMAs into household names — didn’t exactly go as planned.

When she began rolling on the floor, Madonna thought, 'I'll just pretend I meant to do this'

From the get-go, Madonna was “difficult,” according to MTV execs. Originally, the 26-year-old wanted to bring a fully grown Bengal tiger on stage with her. MTV quickly nixed that idea, so instead, she opted to descend a 17-foot-tall wedding cake and sing the song (off her second album of the same name) in a white wedding dress.

About midway through the performance, as she stepped off the cake, one of her white stilettos came loose.

"So I thought, 'Well, I'll just pretend I meant to do this,' and I dove on the floor and I rolled around," Madonna told Jay Leno in 2012. "And, as I reached for the shoe, the dress went up. And the underpants were showing."

Madonna continued performing like it was all choreographed. She rolled around on the floor, then sprang up and danced, then returned to the floor. She ended the performance flat on her back, with her dress above her head.

After the show, Freddy DeMann, Madonna’s former manager, was furious with her.

“He was white with anger, he was so upset,” Madonna told Leno. “He said, ‘That's it, you've ruined your career’ ... I didn't even know that my butt was showing. I couldn't compute everything that had happened. And since I didn't really have a career yet, I didn't feel that I had lost anything."

Of course, the opposite was true: The performance immediately announced her as a star and is widely considered one of the most iconic moments in pop culture history. “She stole the show,” Les Garland, MTV’s former executive vice president of programming, said afterward.

Like a Virgin would go on to be Madonna's first number one album and become the first album by a female to sell over five million copies in the U.S. The 1984 performance was even replicated — to similar shocking effect — at the 2003 VMAs, only this time with Madonna in a tuxedo and Christina Aguilera and Britney Spears in wedding dresses.