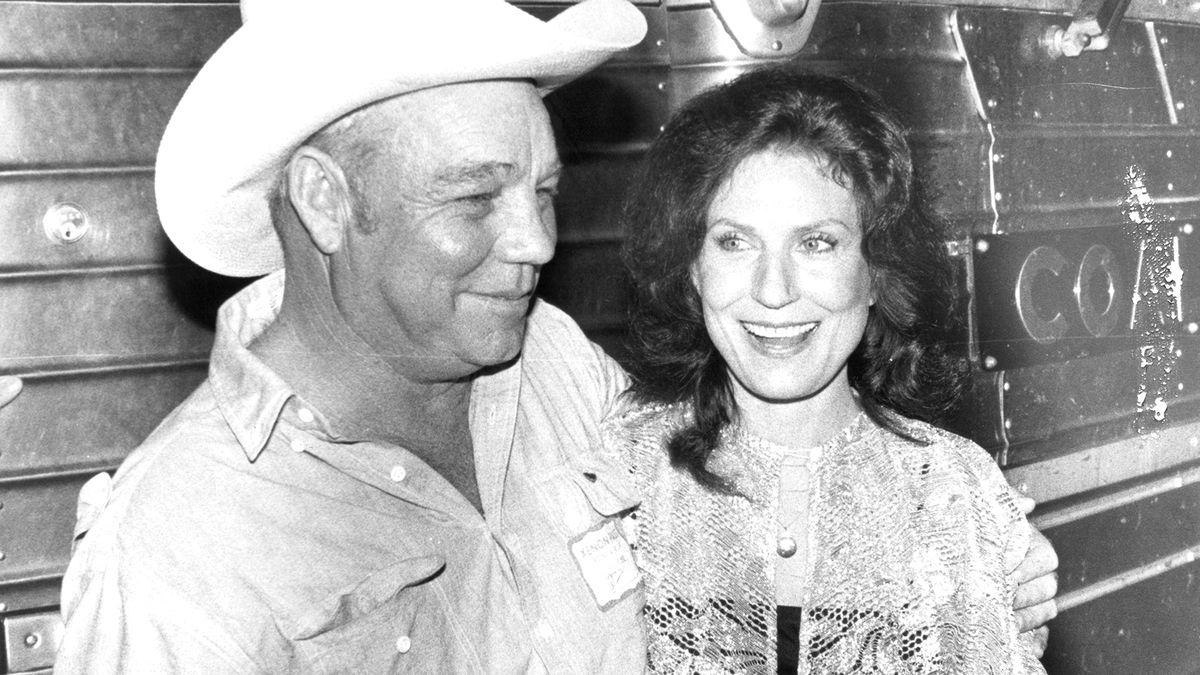 In 1948, Loretta Webb was a young bride of 15 when she wed 21-year-old Oliver Vanetta Lynn (nicknamed "Mooney" and "Doolittle") soon after they'd met at a pie social. They went on to have six children and stayed together until his death in 1996. The Lynns' complex marriage had its share of turmoil, infidelity and abuse, but it also provided love and support. Through all the ups and downs, it was the defining relationship of Loretta's life.

Loretta claimed that every time Doo 'smacked me, he got smacked twice'

Loretta's husband, whom she called "Doo," sent her back to her parents shortly after they'd tied the knot, despite her being pregnant at the time. According to Loretta, this happened as a result of Doo's interest in philandering. Yet even after they'd reconciled, and Loretta had warned the other woman to keep her distance, the marriage had plenty of problems.

One issue was violence. Doo hit Loretta. On one occasion, after he'd been drinking, he smashed jars of green beans because his dinner was late. But Loretta has also declared, "Every time Doo smacked me, he got smacked twice." During one fight, she emptied a skillet of creamed corn over her husband's head. Another time she struck him: "I heard teeth hittin' the floor and thought, 'Ooh, I'm dead. He not gonna put up with this.' But he laughed." 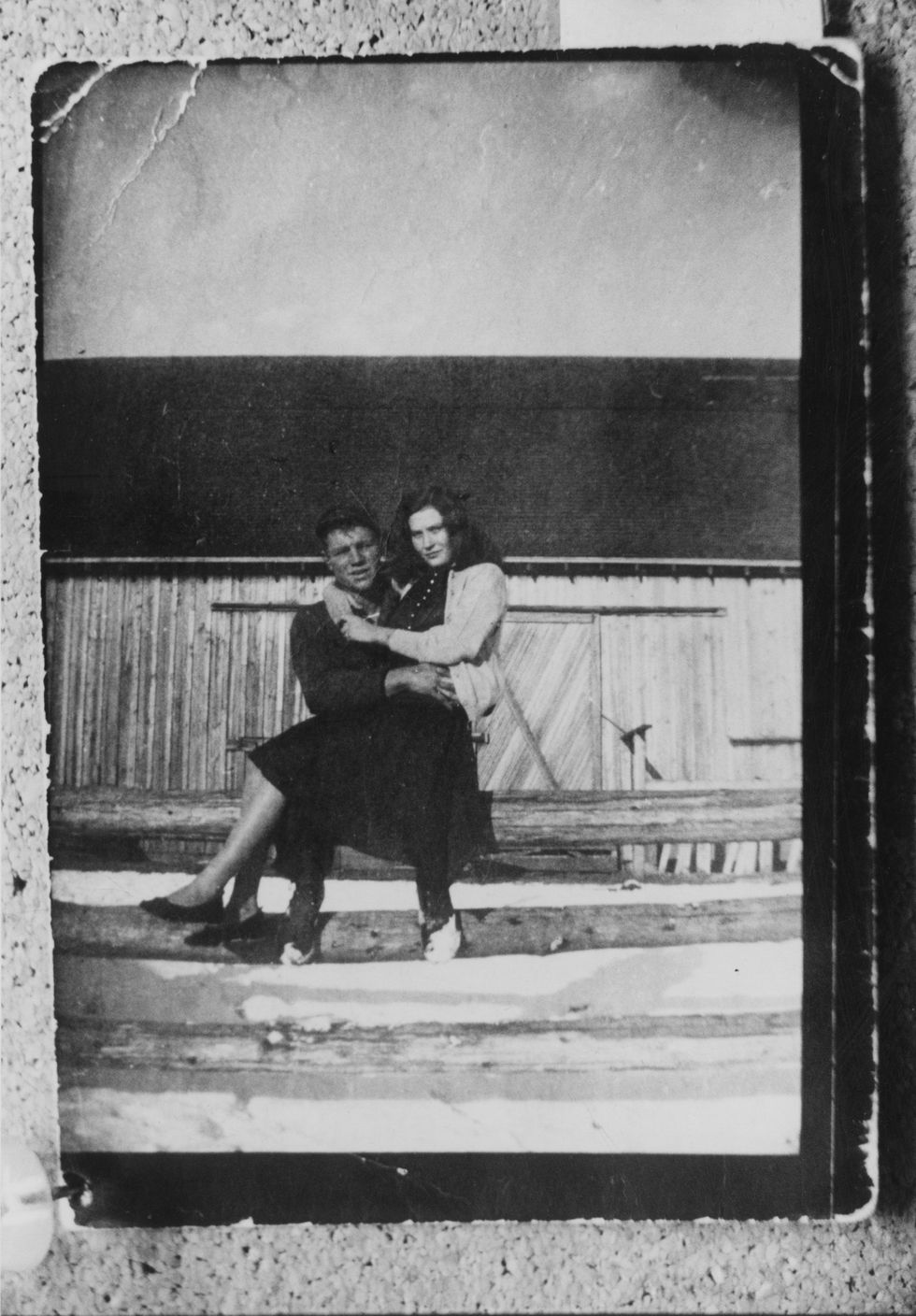 Loretta has always credited Doo with her country music career. It was Doo who gave her the guitar (a $17 purchase from Sears) on which she composed her first songs. And he was the one who prodded her to perform, telling her, "You're just as good or better as most of them girls that are singin' and makin' money, so let's make us some money." Without this encouragement, Loretta would not have acted. "I had never sang in front of anybody until my husband pushed me out there, you know," she said on Fresh Air in 2010. "I was really bashful, and I would've never sang in front of anybody."

When her first single, "I'm a Honky Tonk Girl," came out, Doo helped with promotion. He traveled alongside Loretta as they visited radio stations attempting to get airtime for her song. "I could never have done it on my own," she wrote in her 2002 memoir, Still Woman Enough. "Whatever else our marriage was back in them days...without Doo and his drive to get a better life, there would have been no Loretta Lynn, country singer."

He also inspired many of her songs

In addition to jumpstarting Loretta's country career, Doo contributed to her success in another way: The troubles in their marriage inspired many of her songs. "I've never written a song that my husband wasn't in. Every song I wrote, but he didn't know which line he was in," she has stated.

One Doo-inspired tune was "Fist City." With it, Loretta was able to address "a real woman in Tennessee who was making eyes at Doolittle while I was a-singing on the stage. I let her know she was gonna get a mouthful of knuckles if she kept it up." Loretta's fans found songs like these, with their take on marital difficulties from a woman's perspective, very relatable.

Despite Doo being unfaithful, Loretta believed 'if you can't fight for your man, he's not worth having'

Loretta became a country music superstar, and she and Doo acquired a large house and estate. It was a big change from when she'd taken just about any job around to help support her family: cooking for ranch hands, picking berries and scrubbing houses. Yet with success came other difficulties. Loretta spent a lot of time touring, and when she returned, "I never knew what I was comin' home to. I didn’t know if I was comin' home to fightin' or what. It was pretty rough. Doo drank a lot. There was a lot of times I'd have rather not come home. And if it hadn't have been for my babies, I wouldn't have."

Doo hadn't been faithful early in their marriage, and his infidelities continued while Loretta was on the road. He'd even invite women into their home while his wife was away. Yet through it all, she stuck with her husband. "I put up with it because of six kids," she once explained. "And I loved him and he loved me." She also believed, "If you can't fight for your man, he's not worth having."

Doo had heart surgery in 1992. Complications from diabetes then led to the amputation of both his legs. Through it all, Loretta, having put her career on hold, was there to take care of him. In 1996, Doo passed away at the age of 69. The loss hit Loretta hard. "Three days after my husband died, I left Hurricane Mills and come to Nashville," she said in an interview in 2000. "After bein' here awhile, I said to a friend of mine, 'It seems like I been here a couple months already.' And she said, 'You been here a year.'"

Loretta eventually resumed her career. But Doo's death left a void in her life. Her daughter Patsy told Rolling Stone in 2004, "I don't think she has totally accepted my dad's loss. It's almost like he's gone on a long vacation or something." Loretta herself admitted in a 2011 interview, "I think I see him everywhere I'm at, and everything at home and everywhere I'm goin'."