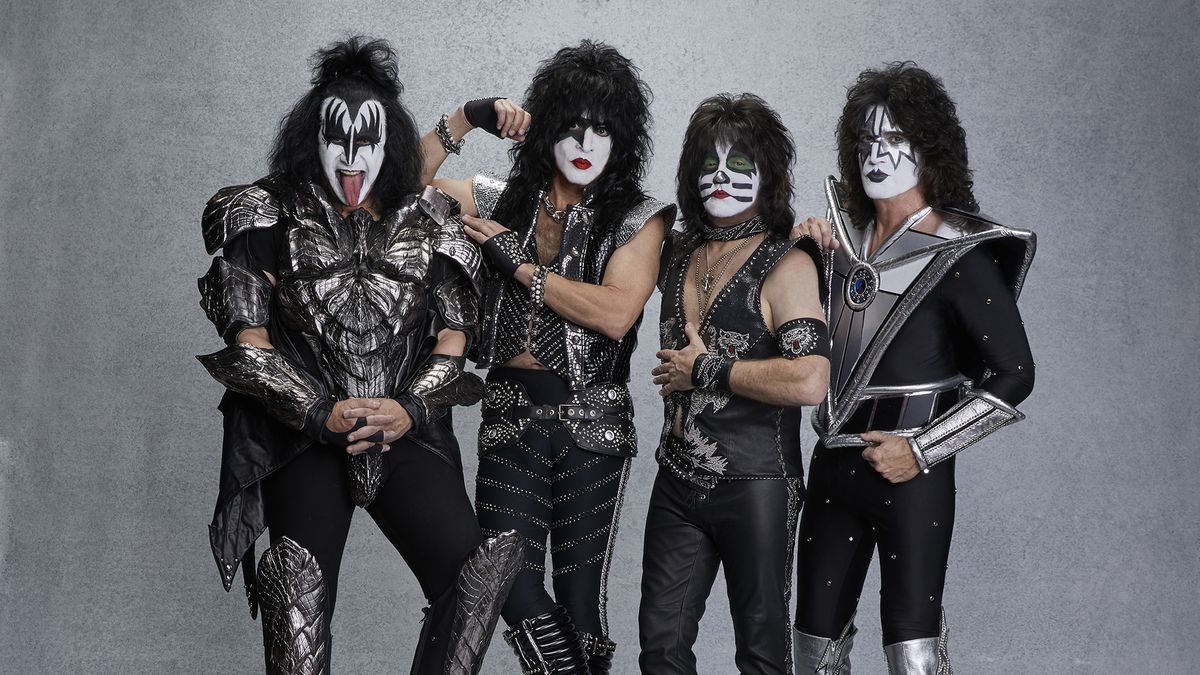 Beyond the bells and whistles, the band has also distinguished itself through its remarkable longevity in an industry filled with burned-out talents and one-hit wonders. Here's a look at the key moments in the band's history through a half-century of rockin' and rollin' all night and partying every day:

The original KISS lineup of Stanley, Simmons, drummer Peter Criss and guitarist Ace Frehley performs its first show before a sparse audience at the Popcorn Club/Coventry in Sunnyside, Queens.

After a show at Manhattan's Hotel Diplomat, KISS meets TV producer and neophyte manager Bill Aucoin, who promises to land the band a record contract in two weeks. The following month KISS is announced as the first act signed Neil Bogart's Casablanca Records. 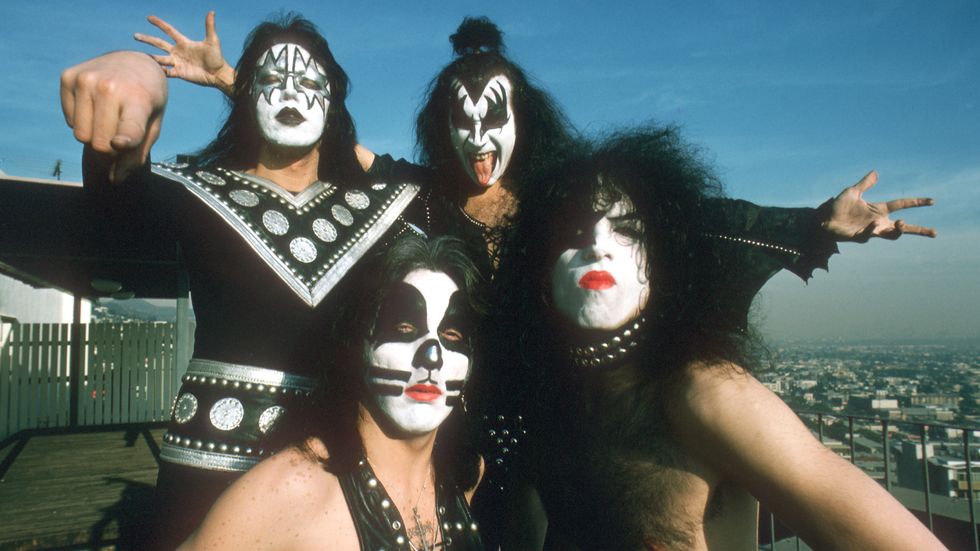 The band reaches new creative heights with the arrival of the Bob Ezrin-produced Destroyer. The platinum-selling studio effort features classic rockers like "Shout it Out Loud" and "Detroit Rock City," though it is the Criss-composed ballad "Beth" that becomes the album's biggest hit.

The musicians commemorate the launch of a KISS Marvel comic book by adding their blood to the ink at the Marvel printing plant in Buffalo, New York.

The sci-fi TV movie KISS Meets the Phantom of the Park premieres on NBC, an experience later recalled by Stanley as "humiliating."

Criss, who was absent from the recent studio release Unmasked, departs the band. He is soon replaced by Eric Carr, who debuts in late July under the guise of the Fox.

Aiming for an ambitious concept album à la The Who's Tommy, KISS instead misfires with Music From "The Elder," which tops out at No. 75 on the Billboard 200.

Having contributed several tracks to the album Creatures of the Night, new lead guitarist Vinnie Vincent debuts as the Ankh Warrior for the start of the KISS 10th Anniversary Tour.

Although American audiences have cooled to the act, KISS shows it still packs global clout by performing before a reported 137,000 fans at Maracanã Stadium in Rio de Janeiro, Brazil.

September 18, 1983: KISS appears on MTV without the makeup

In a watershed moment for KISS, the band appears on MTV without makeup for the first time and introduces the video to a new single, "Lick it Up."

The drummer was 41 when he lost his life to heart cancer.

August 9, 1995: Criss and Frehley reunite with the band for 'MTV Unplugged'

Again on the upswing following the 1994 release of the tribute album KISS My Ass, the band brings Criss and Frehley on stage to perform with Singer and Kulick on MTV Unplugged.

KISS announces the upcoming Alive/Worldwide Reunion tour, to feature the four founding members in their familiar makeup, from the USS Intrepid aircraft carrier in New York City. The tour becomes the top-grossing concert act of the year.

KISS releases Psycho Circus, the first studio album to include the original members since 1979's Dynasty, though behind-the-scenes bickering limits the contributions of Criss and Frehley.

The band celebrates a well-deserved place among entertainment royalty with a star on the Hollywood Walk of Fame.

Criss trashes his drum set at the end of the American leg of the Farewell Tour. He is replaced by Singer, who controversially dons the Catman makeup when the tour resumes in Japan the following March.

KISS helps close the Salt Lake City Winter Olympic Games with a rendition of "Rock and Roll All Nite" before a TV audience of three billion viewers.

KISS releases Sonic Boom, its first studio album in 11 years as well as the first with Thayer and Singer. With "Modern Day Delilah" emerging as a single to match the hits of the band's glory days, Sonic Boom reaches No. 2 on the Billboard 200 to become KISS' highest-charting album.

The reunited quartet of Simmons, Stanley, Frehley and Criss show little sign of any lingering tension, though Stanley takes a shot at the band's longtime critics with his speech.

January 31, 2019: The band embarks on their farewell tour

Forty-six years after the first KISS show, the band kicks off its End of the Road World Tour at Rogers Arena in Vancouver, Canada.

"Biography: KISStory" chronicled the band’s five decades in the business as founders Stanley and Simmons reflect on their historic career.

After 50 years of rocking and rolling all night and partying every day, the #1 Gold Record selling band of all time, KISS, shared their story of success before finally smashing their last guitar and extinguishing the fire-breathing demon. Stanley and Simmons, along with current members Thayer and Singer, as well as guests Dave Grohl (Nirvana, Foo Fighters), Tom Morello (Rage Against the Machine), manager Doc McGhee (Motley Crue, Bon Jovi), music producer Bob Ezrin (Alice Cooper, Pink Floyd) and more, told the wild story of the most successful and influential band in the world. Watch a preview: