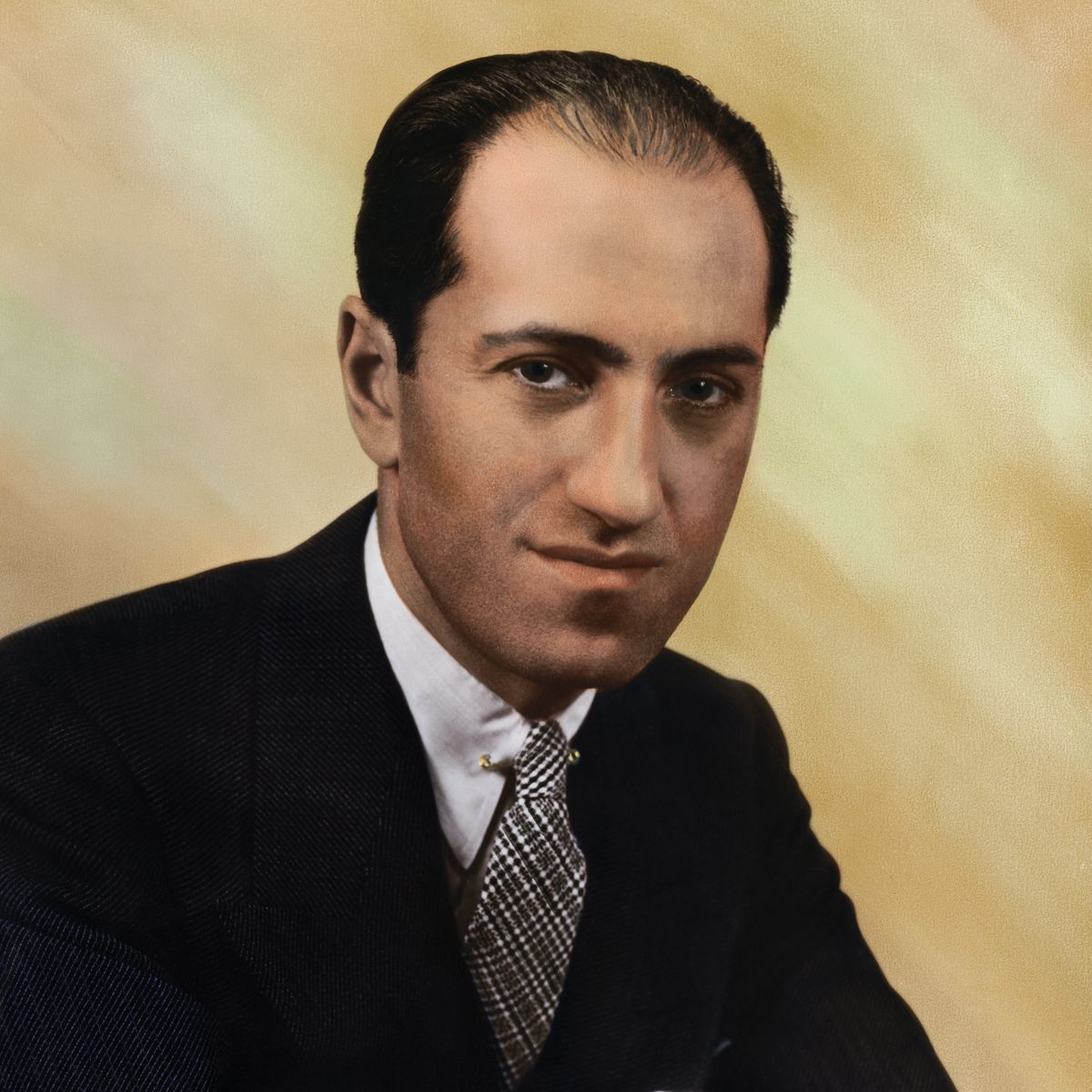 Who Was George Gershwin?

George Gershwin dropped out of school and began playing piano professionally at age 15. Within a few years, he was one of the most sought after musicians in the United States. A composer of jazz, opera, and popular songs for stage and screen, many of his works are now standards. Gershwin died immediately following brain surgery on July 11, 1937, at the age of 38.

Gershwin was born Jacob Gershowitz on September 26, 1898, in Brooklyn, New York. The son of Russian-Jewish immigrants, Gershwin began his foray into music at age 11 when his family bought a secondhand piano for Gershwin’s older sibling, Ira.

A natural talent, it was Gershwin who took it up and eventually sought out mentors who could enhance his abilities. He eventually began studying with the noted piano teacher Charles Hambitzer, and apparently impressed him; in a letter to his sister, Hambitzer wrote, “I have a new pupil who will make his mark if anybody will. The boy is a genius.”

Throughout his 23-year career, Gershwin would continually seek to expand the breadth of his influences, studying under an incredibly disparate array of teachers, including Henry Cowell, Wallingford Riegger, Edward Kilenyi and Joseph Schillinger.

After dropping out of school at age 15, Gershwin played in several New York nightclubs and began his stint as a “song-plugger” in New York’s Tin Pan Alley.

After three years of pounding out tunes on the piano for demanding customers, he had transformed into a highly skilled and dexterous composer. To earn extra cash, he also worked as a rehearsal pianist for Broadway singers. In 1916, he composed his first published song, “When You Want 'Em, You Can't Get 'Em; When You Have 'Em, You Don't Want 'Em.”

From 1920 to 1924, Gershwin composed for an annual production put on by George White. After a show titled “Blue Monday,” the bandleader in the pit, Paul Whiteman, asked Gershwin to create a jazz number that would heighten the genre’s respectability.

Legend has it that Gershwin forgot about the request until he read a newspaper article announcing the fact that Whiteman’s latest concert would feature a new Gershwin composition. Writing at a manic pace in order to meet the deadline, Gershwin composed what is perhaps his best-known work, “Rhapsody in Blue.”

During this time, and in the years that followed, Gershwin wrote numerous songs for stage and screen that quickly became standards, including “Oh, Lady Be Good!” “Someone to Watch over Me,” “Strike Up the Band,” “Embraceable You,” “Let’s Call the Whole Thing Off” and “They Can’t Take That Away from Me.” His lyricist for nearly all of these tunes was his older brother, Ira, whose witty lyrics and inventive wordplay received nearly as much acclaim as Gershwin’s compositions.

In the 1920s, Gershwin spent time in Paris, which inspired his jazz-influenced orchestral composition An American in Paris. Composed in 1928, An American in Paris inspired the 1951 Oscar-winning movie musical by the same name, which was directed by Vincente Minnelli and starred Gene Kelly and Leslie Caron. A Broadway musical based on the film opened in 2014.

In 1935, a decade after composing “Rhapsody in Blue,” Gershwin debuted his most ambitious composition, “Porgy and Bess.” The composition, which was based on the novel “Porgy” by Dubose Heyward, drew from both popular and classical influences. Gershwin called it his “folk opera,” and it is considered to not only be Gershwin’s most complex and best-known works, but also among the most important American musical compositions of the 20th century.

Following his success with “Porgy and Bess,” Gershwin moved to Hollywood and was hired to compose the music for a film titled “Shall We Dance,” starring Fred Astaire and Ginger Rogers. It was while working on a follow-up film with Astaire that Gershwin’s life would come to an abrupt end.

In the beginning of 1937, Gershwin began to experience troubling symptoms such as severe headaches and noticing strange smells.

Doctors would eventually discover that he had developed a malignant brain tumor. On July 11, 1937, Gershwin died during surgery to remove the tumor. He was only 38.

Gershwin continues to be one of America's most iconic composers.