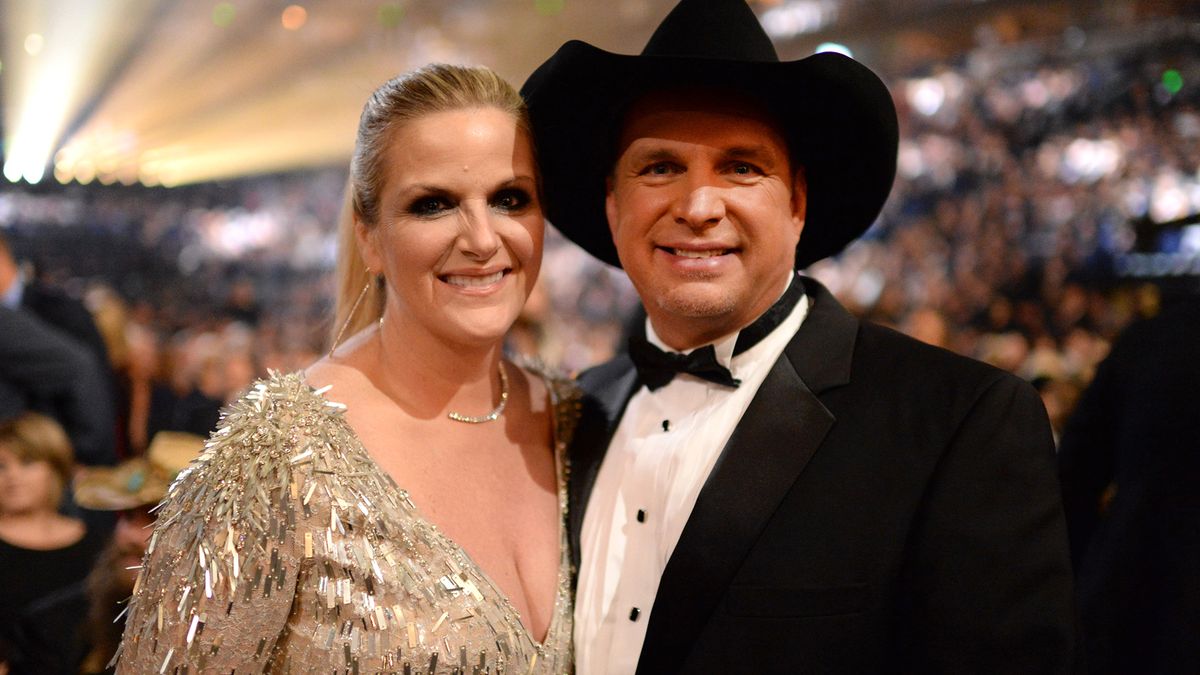 It’s a relationship made in country music heaven: Two unknown singers meet almost two decades before they tie the knot, admiring each other’s professional careers enough to collaborate before eventually finding love and companionship with each other. In the intervening years, both would become international recording superstars, with one becoming the top-selling solo artist in U.S. history moving more than 148 million albums.

One would retire early to spend time raising children before storming back up the charts and performing to sold-out stadiums across the country. The other would also put a career on hold to focus on other interests and become a New York Times bestselling author of three cookbooks and host of an Emmy-winning culinary television series.

Who's love story is this? Garth Brooks and Trisha Yearwood's, of course.

Brooks and Yearwood's initial encounter was in the studio

Brooks and Yearwood first met in 1987 while recording a demo track. Both were unknowns in the industry with Yearwood reportedly receiving $10 for her contribution that day, while Brooks walked away with nothing.

Brooks recalled that first meeting to Ellen DeGeneres in 2013, saying he had that feeling “like when you just meet your wife.” Yearwood remembers the pair hitting it off on a personal level, but according to CMT, professionally she “had no idea he’d turn out to be Garth Brooks!” 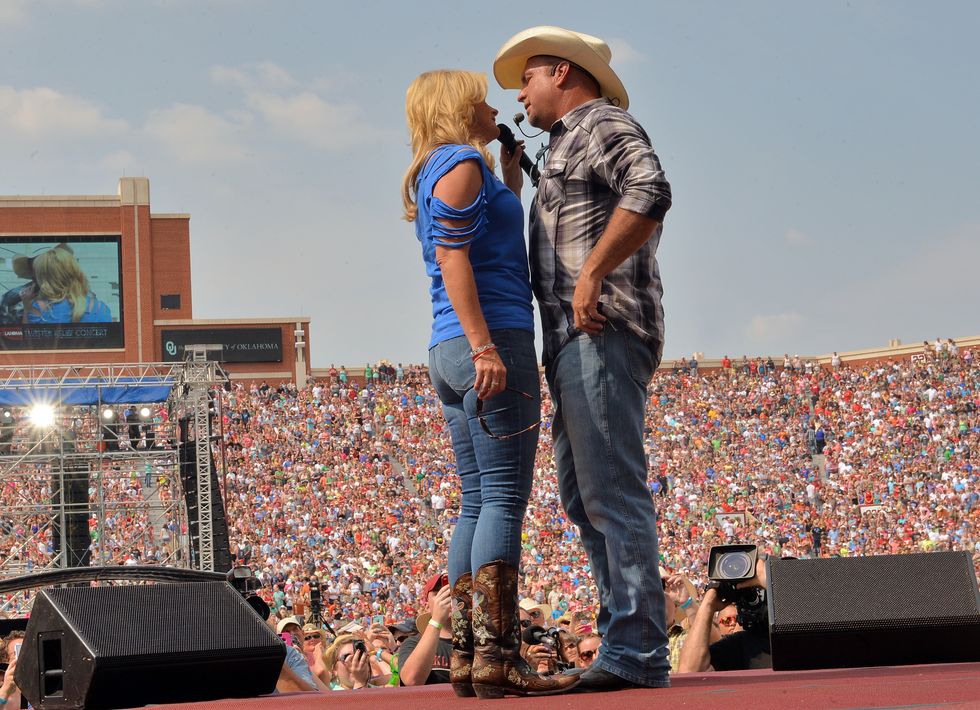 Brooks and Yearwood remained friends after the studio session and after some professional highs and personal lows, their paths led them to each other. "We had a lot more in common than I ever dreamed we did,” Brooks told DeGeneres.

The “Lost in You” singer and Yearwood allowed their romantic relationship to blossom away from the public spotlight before making their first public appearance as a couple in 2002. Brooks proposed to Yearwood on May 25, 2005, during the unveiling of 10 bronze statues of country music artists – one of which was Brooks – at Buck Owen’s Crystal Palace in Bakersfield, California. Brooks had sculptor Bill Rains include a wedding ring on his likeness and in front of 7,000 people he removed his hat, dropped to one knee and proposed. Yearwood replied in the affirmative and Brooks refers to the day as “one of the greatest in my life.” 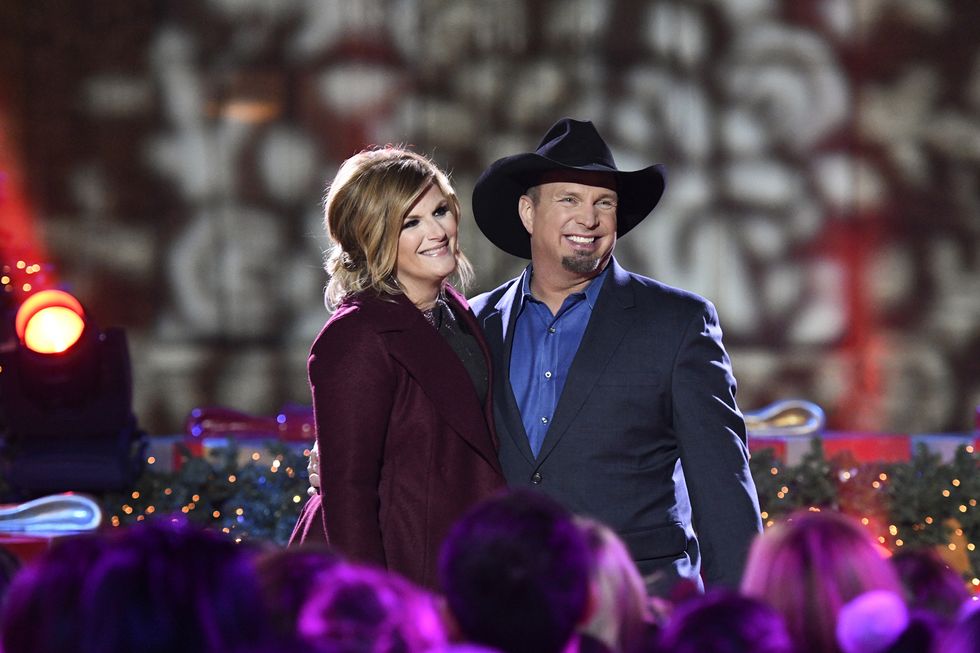 The pair puts their marriage and family above everything else

The couple married December 10 the same year and made a pact to never be apart. Brooks was still retired when they wed and Yearwood cut her tour dates “way down” in order to be by her husband’s side, according to Parade. The “Georgia Rain” singer even quit touring and focused on her cookbooks and cooking show Trisha’s Southern Kitchen in order to do “something creatively” at home and not be away from her husband.

Yearwood told People that Brooks’ three daughters had to approve of her before the marriage took place. “I’m ‘bonus’ mom,” Yearwood says of her relationship with the now-grown women. “Garth gave me good advice in the beginning: Don’t try to be their mom and don’t try to be their best friend, you’ll find your way. And I think I did with each of them. They’re just lovely young women.”

When Brooks and Yearwood returned to performing, they ensured they toured together as often as possible. The secret to the success of their marriage is staying true to the pact of being physically present. “We do date nights, but honestly, we are apart maybe five days a year,” Yearwood told Us Weekly in 2019. “We really have made a conscious effort since getting married to not be apart, so we’ve toured together. If I’m doing something, he’ll be with me, even if you don’t see him, he’ll be in the hotel or around.” 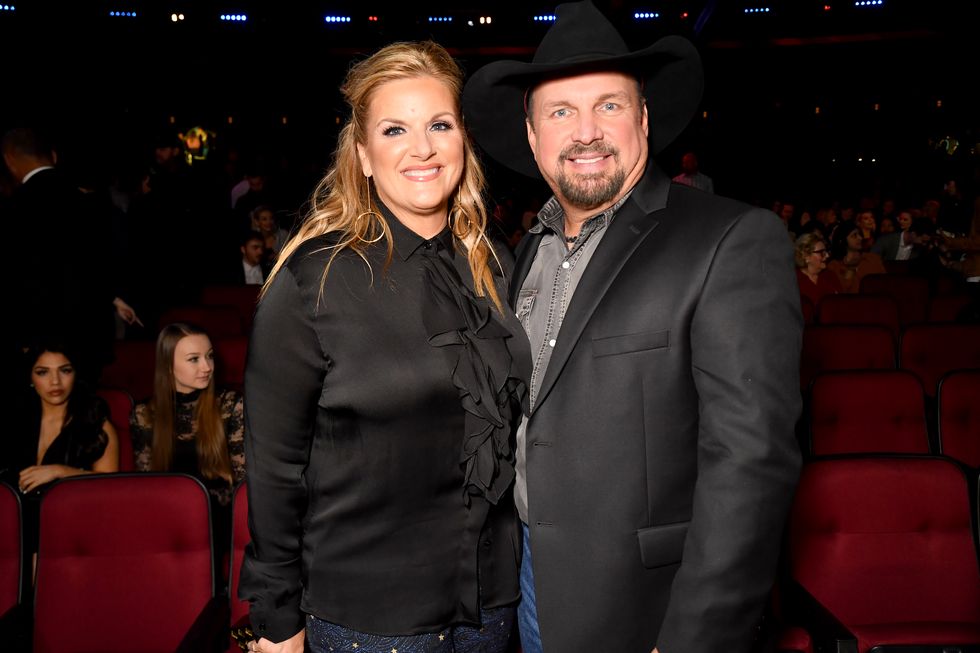 Brooks says Yearwood makes him 'better' in all aspects of life

Brooks refers to his wife as “Queen,” and whenever she appears on Brooks’ social media postings, it’s that regal moniker that usually accompanies the images.