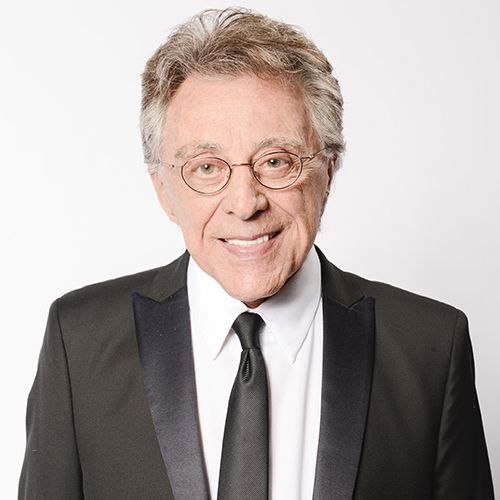 Who Is Frankie Valli?

Frankie Valli is an American singer who became renowned for his distinctive falsetto as the lead vocalist of The Four Seasons. The group had a wave of major hits during the 1960s, including “Sherry,” “Walk Like a Man” and “Working My Way Back to You,” while also staging a comeback during the following decade. Valli forged a successful solo career as well with singles like “Can’t Take My Eyes Off of You,” “My Eyes Adored You” and the title song to the movie-musical Grease. The Tony Award-winning Broadway musical Jersey Boys launched in 2005, telling the story of Valli and The Four Seasons, followed almost a decade later with a movie adaptation directed by Clint Eastwood.

Francesco Stephen Castelluccio was born on May 3, 1934, in Newark, New Jersey to a working-class Italian family. His mother nurtured his love of music at a young age, and he was influenced by jazz, doo-wop and soul, along with artists like The Drifters, Rose Murphy and Frank Sinatra.

The young Castelluccio would listen to some of his favorite singers on record at home and then practice what he’d heard. Realizing he needed a stage name, he changed Castelluccio to “Valley” and eventually “Valli,” after friend and country singer Texas Jean Valli.

Major Success With The Four Seasons

Working with a variety of acts and as a solo artist from the mid-1950s to early 1960s with limited success, Valli eventually came to be with the group that, in 1961, would be known as The Four Seasons. With members who were all vocalists and instrumentalists, the group consisted of Valli, keyboardist/songwriter Bob Gaudio, who would pen an array of the Seasons’ songs, guitarist Tommy DeVito and bassist/vocal arranger Nick Massi.

The group hit it big in 1962 with their single “Sherry,” produced by Bob Crewe, which went to No. 1 on the Billboard pop and R&B charts, propelled by Valli’s very high, celebrated falsetto. Outside of a holiday song, the group’s next two singles—“Big Girls Don’t Cry” and “Walk Like a Man” — hit No. 1 pop as well.

The Four Seasons became one of the biggest pop acts of the 1960s, exploring different musical styles and continuing to amass chart hits even during the British invasion. They would go on to have more than two dozen Top 40 hits during the decade, which included songs like “Candy Girl”, “Dawn (Go Away), “Rag Doll,” “Working My Way Back to You” and “Opus 17 (Don’t You Worry About Me).”

In 1967, after a string of solo artist singles, Valli released “Can’t Take My Eyes Off of You,” a silky ode to romance that joyfully swings by mid-song and which reached No. 2 on the pop charts. With Four Seasons' membership coming to shift over the years and the group switching labels, Valli also released a number of solo albums during the 1970s that included Closeup (1975), Our Day Will Come (1975) and Lady Put the Light Out (1977).

He charted with singles once again with the Top 10 uptempo ditty “Swearin’ to God” and the sentimental “My Eyes Adored You,” which reached No. 1. The Four Seasons also made a comeback with songs from the 1975 Who Loves You album, including the Top 10 title track and the No. 1 “December, 1963 (Oh What a Night).”

Later, in the summer of 1978, Valli was the voice of an iconic anthem; namely, the title song from the movie adaptation of the musical Grease. Valli once again topped the charts, with the track penned by Barry Gibb of the Bee Gees.

In 1954, Valli married his first wife Mary Mandel, who had a toddler daughter Celia from a previous marriage. Valli adopted Celia and had two more daughters, Antonia and Francine, with his first wife. The couple split in 1971. Valli was married to his second wife Mary Ann Hannigan from 1974 until 1982. Two years later, he married his third wife Randy Clohessy, and they had three sons together: Francesco and twins Emilio and Brando. He was married to his third wife for 22 years until their divorce in 2004.

Valli has experienced several personal struggles over the years. In 1967, he learned that he was losing his hearing from otosclerosis, hardening of the bone in the middle ear. He suffered from the condition until a surgery in 1980 restored most of his hearing. That year, he also suffered the devastating loss of his daughter Celia in an accident, followed six months later by the death of his youngest daughter Francine from a drug overdose.

Over the years, Valli has continued to tour with different iterations of The Four Seasons and tried acting as well, including an appearance on the TV series The Sopranos.

In 2005, the story of Valli and The Four Seasons hit Broadway in the critically acclaimed musical Jersey Boys, which features music by Gaudio. The musical won four Tony Awards, including Best Musical, and has traveled the world in various touring productions. It was also adapted into a 2014 film directed by Clint Eastwood.