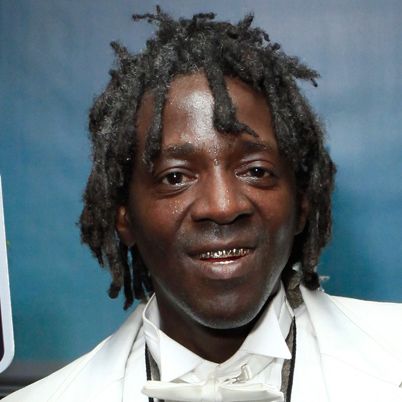 Who Is Flavor Flav?

At an early age, Flav demonstrated that he was an intelligent but troubled child. Music came easy to him, and he taught himself how to play piano, drums and guitar. He also sang in the youth choir at his church.

However, Flav struggled to keep himself out of trouble. He got into petty theft, and as a young child, he accidentally burned his family's home down, the result of playing with lighters. By the time Flav, who quit high school in the 11th grade, was well into his teens, he had already strung together several short jail stints for robbery and burglary.

His life seemed to bounce back when he met Carlton Ridenhour (who later became known as Chuck D). The two quickly bonded over music. Flav, who soon adopted his new moniker in honor of his graffiti tag, joined his friend on Chuck's hip-hop radio show at Adelphi University, where Chuck studied graphic design.

After Chuck graduated, the two aspiring musicians landed work delivering furniture in Chuck's father's U-Haul truck. By this time, the duo had started to work with the two others who would round out Public Enemy's lineup: Norman Rogers (Terminator X) and Richard Griffin (Professor Griff). It was an early demo that found its way to the offices of a new label, Def Jam Records, and its founder, Rick Rubin. Rubin liked what he heard, and in 1986, Public Enemy inked a deal with the producer.

From the start, the hip-hop group's sound was unlike any other rap that had made its way on to the airwaves. They brought a militant focus to their music and the group's persona, drawing heavy inspiration from the Black Panthers. "You won't see Public Enemy with no 40s and no blunts putting anything in our bodies that'll be detrimental to our existence," the group's iron-fisted leader, Chuck D, promised.

Public Enemy was political and antagonizing, and for five years, beginning in 1987, the group ruled the hip-hop world with albums like Yo! Bum Rush the Show (1987) and It Takes a Nation of Millions to Hold Us Back (1988).

Flav played an important role in the group's success. Next to Chuck's forceful personality, Flav's onstage persona maintained a certain playfulness. He anchored his look with a giant clock that he wore around his neck, and turned up the volume in concerts by spouting phrases like "Yeah, boyee!" into his microphone. Chuck also deeply respected Flav's musical instincts and skills. "He can play 15 instruments," Chuck once told a reporter.

But Flav's assets as a band member were offset by his addictions. Crack and cocaine increasingly became a big part of his life. In 1991, he was arrested for domestic violence, the result of an altercation he had with his then-girlfriend, Karen Moss, the mother of three of his children. Flav, who pleaded guilty to the charge, served 30 days in jail.

Two years later, Flav found himself in deeper trouble when he was charged with attempted murder and sentenced to 90 days in prison. More trouble, in the form of additional domestic violence and drug charges, followed.

For much of the 1990s, Flav was away from music, either dealing with legal issues or trying to get on top of his addiction problems by checking himself into the Betty Ford Clinic as well as the Long Island Center for Recovery.

In 2003, a humbled and still recovering Flav relocated to the West Coast and began seeking out television work. In 2004, he landed in the cast of the reality television series The Surreal Life, which, in part, documented his relationship with Brigitte Nielsen.

Viewer interest in the couple was so strong that it eventually inspired the creation of a new series, Strange Love, in 2005. When the couple split in 2006, Flav launched another reality show, Flavor of Love, which ran for three seasons. That same year he released his first solo album, Flavor Flav, also known as Hollywood. The album received a tepid response from fans and critics.

In April 2011, Flav made headlines when he was arrested by Las Vegas police. After pulling the hip-hop star over for a traffic violation, they discovered he had outstanding warrants for parking violations, driving without a license and driving without insurance.

That same month Flav was forced to shut down his four-month-old Flavor Flav's Fried Chicken in Clinton, Iowa.

The rapper was back in the news in January 2018, when he was hospitalized following an altercation with a man at the South Point Casino in Las Vegas. The other man started furiously punching after Flav reportedly disrespected his mother, an incident caught on security cameras.

Meanwhile, his ties to his former Public Enemy cohorts continued to erode. In 2017, Flav sued Chuck D and the group's business management firm over unpaid profits; both suits were dismissed in 2019.

In March 2020, Public Enemy formally fired Flav from the group after the rapper's lawyer sent a cease-and-desist letter to presidential candidate Bernie Sanders, which said that Flav did not agree with Chuck D's attempt to portray the entire group as supportive of the Sanders campaign.