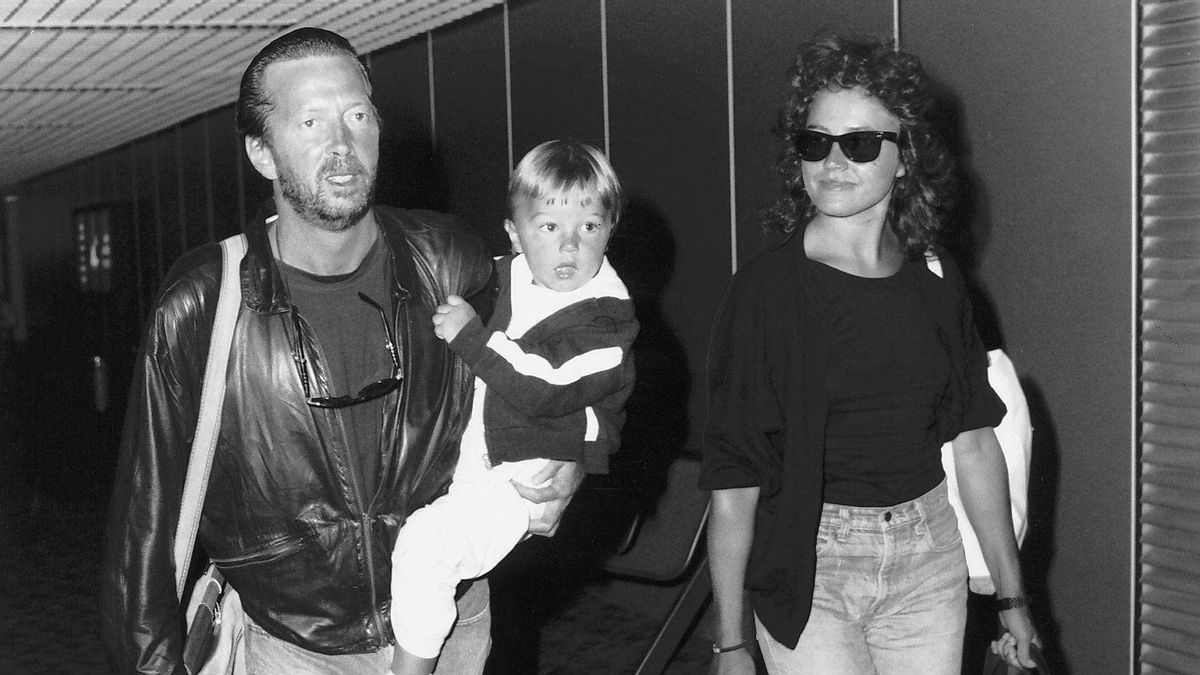 Though it achieved incredible international success, the creation of the song, like many adored ballads and laments, was heavily influenced by the emotional state of its creator. For Clapton, it arose out of the pain following the accidental death of his 4-year-old son Conor, and it is infused it with all the loss, heartache and longing of a grieving parent.

Clapton 'went cold' when he learned about his son's accidental death

Clapton’s son with his ex-girlfriend, Italian actress Lory del Santo, was playing in the New York City apartment he shared with his mother on the morning of March 20, 1991. Conor accidentally fell to his death from the 53rd-floor residence through a window that had been inadvertently left open following janitorial work in the apartment. Clapton was staying in a hotel nearby and was preparing to pick up Conor for a planned father-son lunch and visit to the Central Park Zoo.

“The first I knew was a telephone call from their apartment,” Clapton recalled in a 1992 interview with British journalist Sue Lawley. “I was actually getting ready to go out of the hotel room to go and pick him up for lunch. Lory was on the other end of the phone, and she was hysterical, saying he was dead. And I could not let myself believe it.”

Clapton says he “went cold” and “shut down right away” after hearing the news. In a state of disbelief, the "Layla" singer remembers rushing from his hotel to the apartment block where he “saw ambulances and fire engines and paramedic vehicles” outside. Upon entering the apartment, then filled with emergency service responders, Clapton recalls feeling like the scene had nothing to do with him. “I felt like I had walked into someone else’s life,” Clapton told Lawley in measured tones. “And I still feel like that.” Conor’s funeral was held two days prior to the performer’s 46 birthday. 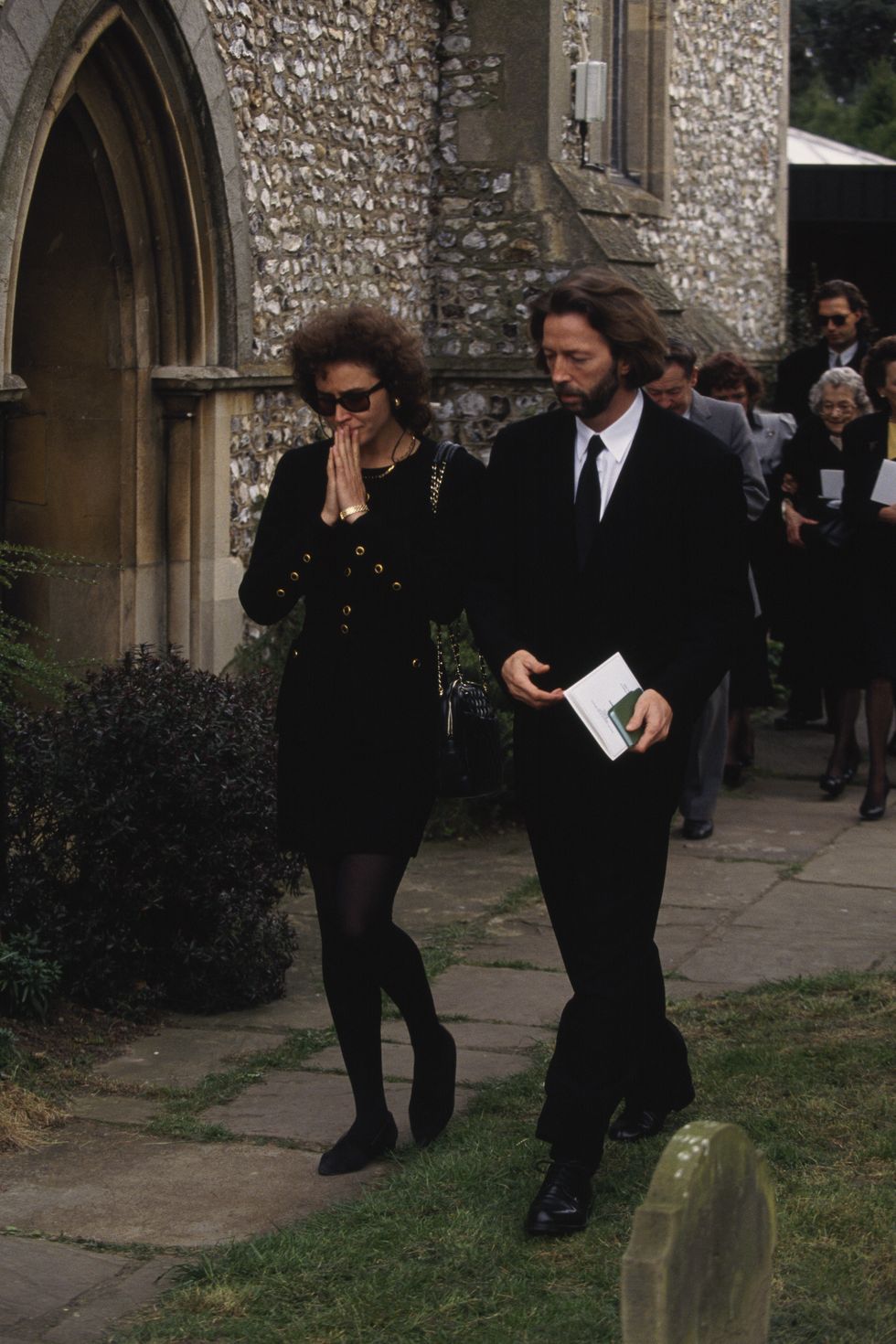 The musician credits Conor for helping him get ­– and stay ­– sober

Clapton described his bond with Conor as the closest relationship he had up to that point in his life, and he credits his son as being one of the main reasons he became and remains sober. By the late 70s, the "Cocaine" singer had already kicked his heroin habit but was heavily consuming other drugs – including cocaine ­– and alcohol. It was Conor’s 1986 birth that provided Clapton the impetus to get clean and stay that way.

“I really did it for Conor because I thought, no matter what kind of human being I was, I couldn’t stand being around him like that,” Clapton writes in his 2007 memoir Clapton: The Autobiography. “I couldn’t bear the idea that, as he experienced enough of life to form a picture of me, it would be a picture of the man I was then.”

Only three years sober when Conor died, Clapton says the tragedy gave him the strength to fully commit to his sobriety instead of relapsing. Dealing with deep grief, he spent much of the months immediately following his son’s death alone, shuttling between England and Antigua where he attended sobriety meetings and sought solace in his guitar and creating music.

Two songs written in this period drew direct inspiration from what had happened in his life. "Circus Left Town" tells the story of attending a circus with Conor the night prior to his death. "Tears in Heaven" is even more powerfully personal and asks the question of whether we will meet again with those that have passed before us. Both were originally never meant for public consumption but Clapton was encouraged to add the latter track, co-written with Will Jennings, to the soundtrack he was working on for the movie Rush.

Clapton also included "Tears in Heaven" as part of his 1992 MTV Unplugged set, which was subsequently released as a live album. Though it was created out of the devastating loss of his child, the song became an international hit and Clapton’s best-selling single in the United States.

Conor's death encouraged Clapton to get closer to his daughter

The tragedy also led Clapton to want to play a larger role in his daughter’s life. Ruth Kelly Clapton was born a year prior to Conor and is Clapton’s only child with Yvonne Kelly, a recording studio manager from Montserrat. Kelly’s offer of becoming better acquainted with his daughter in the period following Conor’s death was accepted, and over numerous visitations, they established a rapport. “It was great to be in the company of a child again – my child,” Clapton writes in his memoir.

“Looking back on those years, I realize what a profound effect she had on my well-being,” recalls Clapton. “Her presence in my life was absolutely vital to my recovery. In her, I had again found something real to be concerned about, and that was instrumental in my becoming an active human being again.”