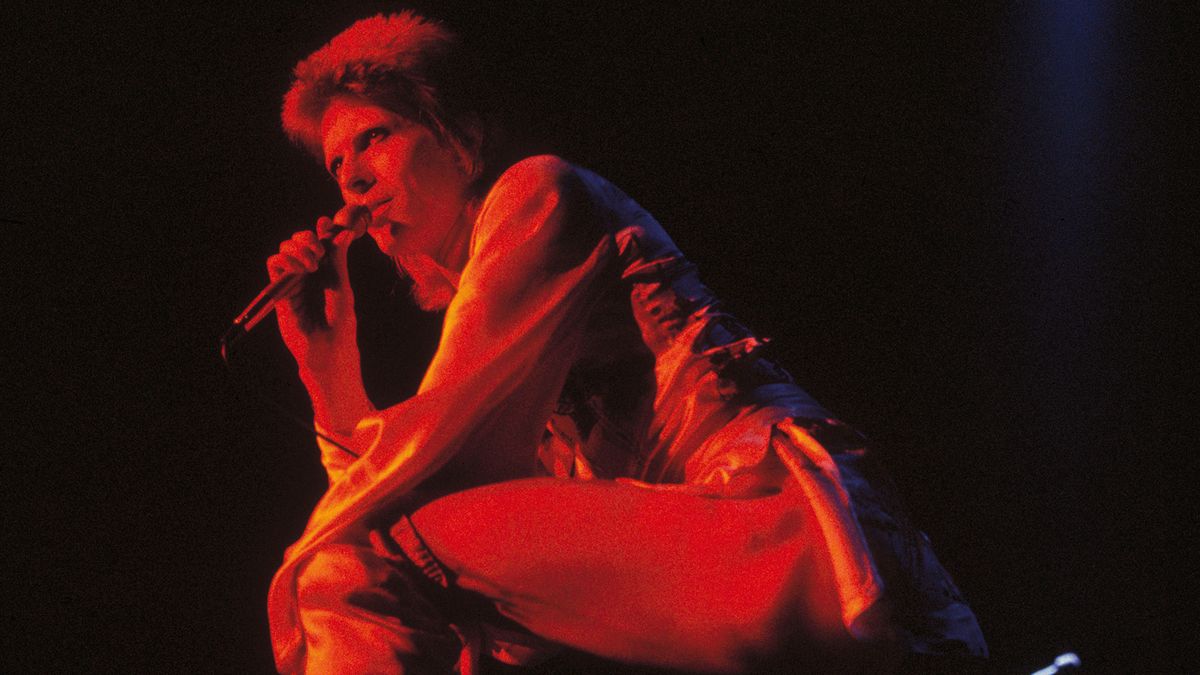 Outlandish, confronting and musically gifted, the character of Ziggy Stardust signaled the arrival of David Bowie as a rock star capable of transcending musical genres and inverting the common perception of how a performer should look and behave. Though he would abruptly shed the persona when much of the world was only just discovering Stardust’s appeal, Bowie’s creation would continue to inform his own music and that of other famous rockers throughout his career and beyond his death in 2016 at age 69.

“What I did with my Ziggy Stardust was package a totally credible, plastic rock ‘n’ roll singer — much better than the Monkees could ever fabricate,” Bowie told Rolling Stone of the fictional, gender-fluid, alien rock star. “I mean, my plastic rock & roller was much more plastic than anybody’s. And that was what was needed at the time.”

Ziggy Stardust was Bowie's way of rebelling against the norm

Bowie’s alter-ego creation erupted onto the music scene in 1972 with the release of his fifth studio album, The Rise and Fall of Ziggy Stardust and the Spiders from Mars. Stardust was a bisexual rock star from another planet sent to Earth ahead of an impending apocalyptic disaster to deliver a message of hope, according to the album narrative. Hailed as a messiah, Stardust succumbs to the attractions of fame and fortune, ultimately dying at the end of Bowie’s rock opera concept album.

Bowie sought inspiration for his creation in disparate sources, all the better to confront and defy convention. In a 1996 interview with the BBC Bowie said real-life failed rocker Vince Taylor played a part in his most iconic theatrical persona. Having met during the mid-1960s amongst the London club scene, Bowie described that Jesus Christ and aliens preoccupied Taylor, who was “not playing with a full deck at all.”

Biographers assert Lou Reed and Marc Bolan as influences, alongside Iggy Pop. Quizzed about the genesis of his creation during a 2002 NPR Fresh Air interview, an amused Bowie cited a more general dissatisfaction with the then status quo.

“Well, I guess the simple one-liner is that myself and my mates and I guess a certain contingent of the musicians in London at the beginning of the ‘70s were fed up with denim and the hippies. And I think we kind of wanted to go somewhere else,” Bowie said. “And some of us, I think, us small, pompous arty ones… probably read too much George Steiner and kind of got the idea that we were entering to this kind of post-culture age and that we’d better do something postmodernist — quickly, before somebody else did.” 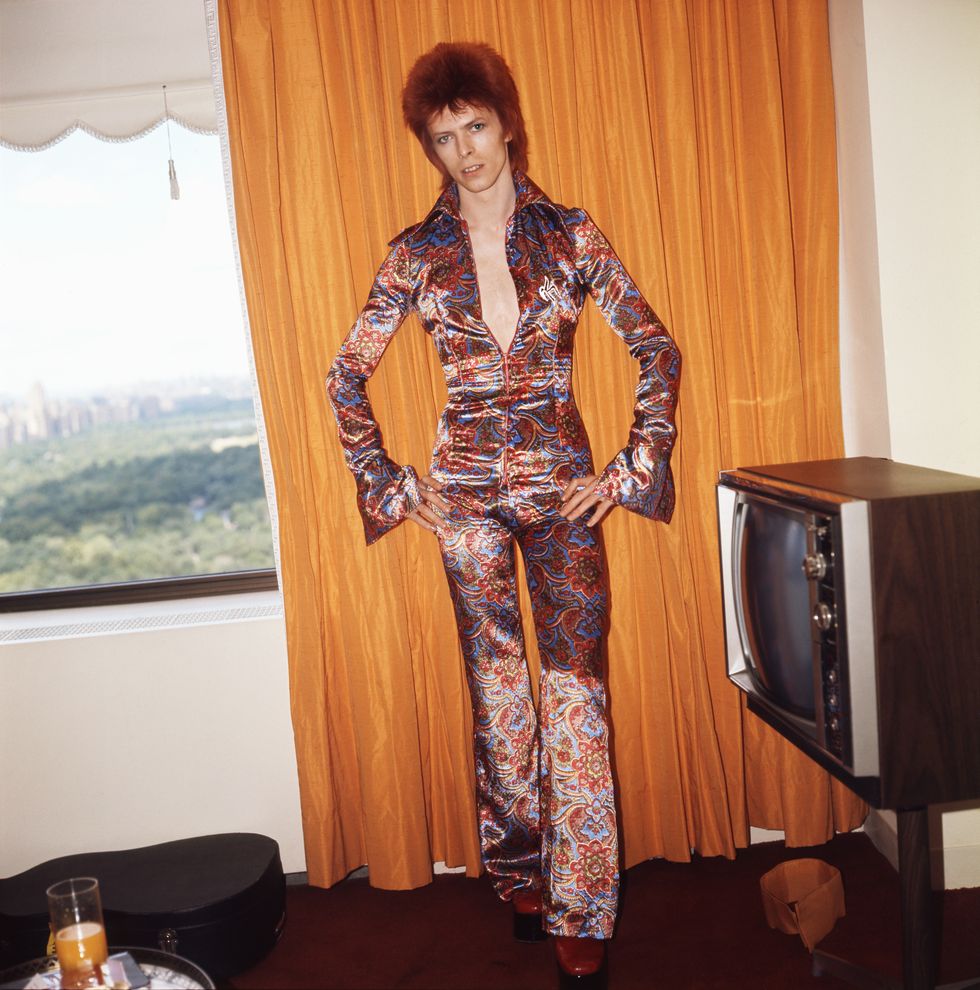 Bowie glamorized and subverted the notion of a rock star, becoming a different version of himself armed with a new look and new sound. It was a rock star as a changeling, adapting to and interpreting the evolving world, filtering then transforming his look and music into something new. Ziggy Stardust ushered in glam rock and opened the door for visual and musical experimentation that would impact and influence acts as diverse as Eurythmics, Kanye West, Joy Division, Depeche Mode, Moby, Nine Inch Nails and Lady Gaga.

“Listening to [Ziggy Stardust] was a bit like going to college, like the Beatles,” Soundgarden frontman Chris Cornell told Rolling Stone. “The songwriting is incredible … [I] loved every single song on the album.” Judas Priest’s Rob Halford remembers seeing Bowie perform as Ziggy Stardust in 1973, praising his conviction to become and perform as the character. “Here’s a guy that really took his fans on a journey,” Halford said of Bowie’s career as a changeling. “Was he Ziggy Stardust? Was he the Thin White Duke? Hunky Dory? ‘Heroes’? The side project Tin Machine? His last glorious piece of music [Blackstar]? But the imagery that Bowie created with every record, nobody else can touch that. He was the master of disguise.”

Bowie’s Ziggy Stardust look — all raw sexuality and power garbed in glittering, figure-hugging ensembles and outré makeup — was a sartorial and sexual mashup. “I think we brought a lot of our sense — aesthetic sensibilities to it, in terms of that we wanted to manufacture a kind of vocabulary, a new kind of currency,” he told Fresh Air. “And the so-called gender-bending, the picking up of maybe aspects of the avant-garde and aspects of — for me, personally — things like the kabuki theater in Japan and German expressionist movies and poetry by Baudelaire… everything from Elvis Presley to Edith Piaf went into this mix of this hybridizing, this pluralism about what, in fact, rock music was and could become.”

By the end, Bowie was 'bored with the whole Ziggy concept'

Ziggy Stardust’s appeal really caught on after a performance of “Starman” on the BBC’s Top of the Pops television show in July 1972. The album, also featuring the songs “Suffragette City” and “Rock ‘n’ Roll Suicide,” quickly skyrocketed on the charts as Bowie’s new orange-mulleted look was deified and copied.

Bowie maintained a version of the character through his follow-up album Aladdin Sane (1973) before abruptly retiring the persona. Onstage at London’s Hammersmith Odeon on July 3, 1973, Bowie announced it would be “the last show that we’ll ever do.” The tour performance was filmed as part of the 90-minute documentary film Ziggy Stardust and the Spiders from Mars (1979) and marked the public end of the titular persona.

For all the adulation and accompanied success, being Ziggy Stardust had taken a mental and physical toll. “I really did want it all to come to an end,” Bowie wrote of the decision to retire the character in his book Moonage Daydream: The Life & Times of Ziggy Stardust. “I was now writing for a different kind of project and exhausted and completely bored with the whole Ziggy concept, couldn’t keep my attention on the performance… I was wasted and miserable.”