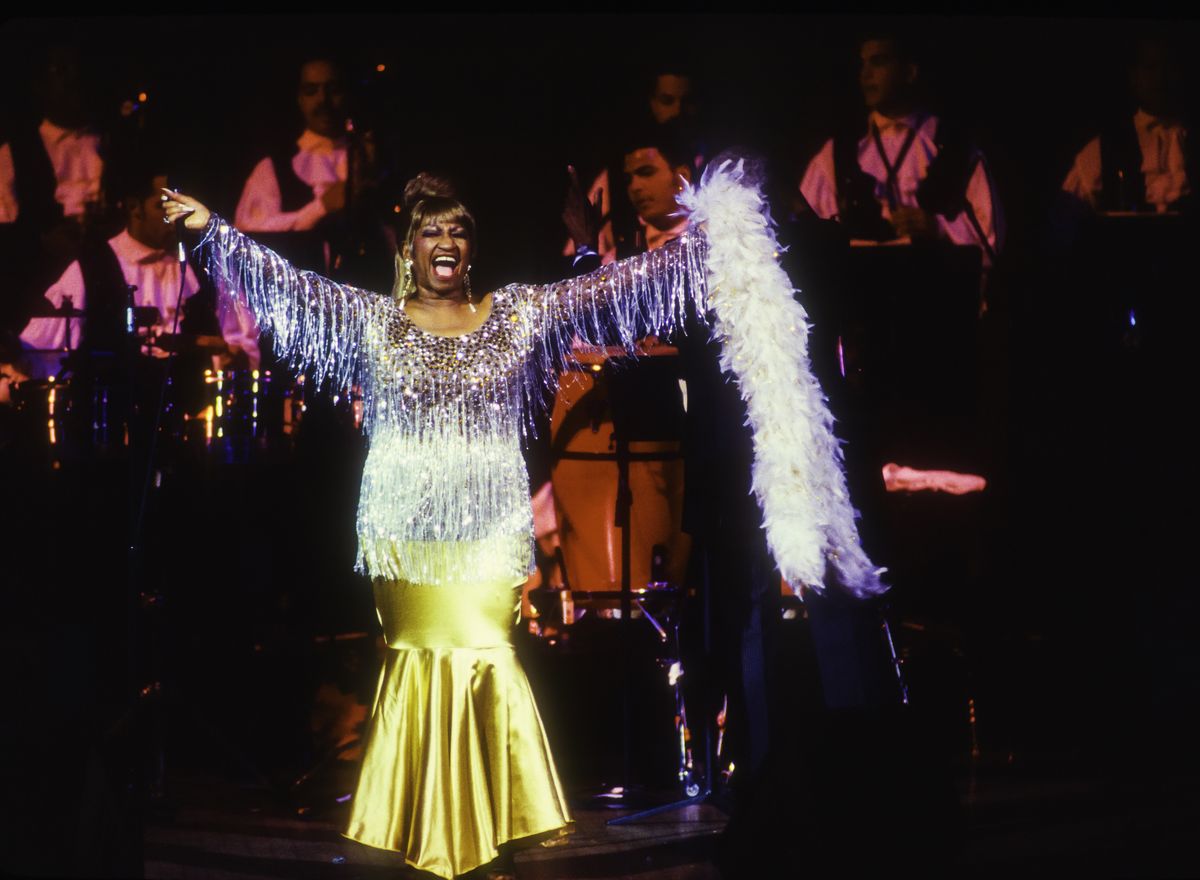 Before Celia Cruz became known for her signature catchphrase, “Azucar,” she was just a young girl in Cuba absorbing the rich musical diversity in Havana. The legendary singer, born Úrsula Hilaria Celia de la Caridad Cruz Alfonso, grew up in the low-income neighborhood of Santos Suarez as one of four siblings where she started singing at a young age.

“I was born singing,” she told Generation ñ in 1996. “My mother, Catalina, told me that at 9 or 10 months of age I’d wake up in the middle of the night, 2 or 3 in the morning, singing. ‘Esta muchachita va a trabajar de noche.’ Pues la viejita no se equivocó.” ('This little girl is going to work nights.’) 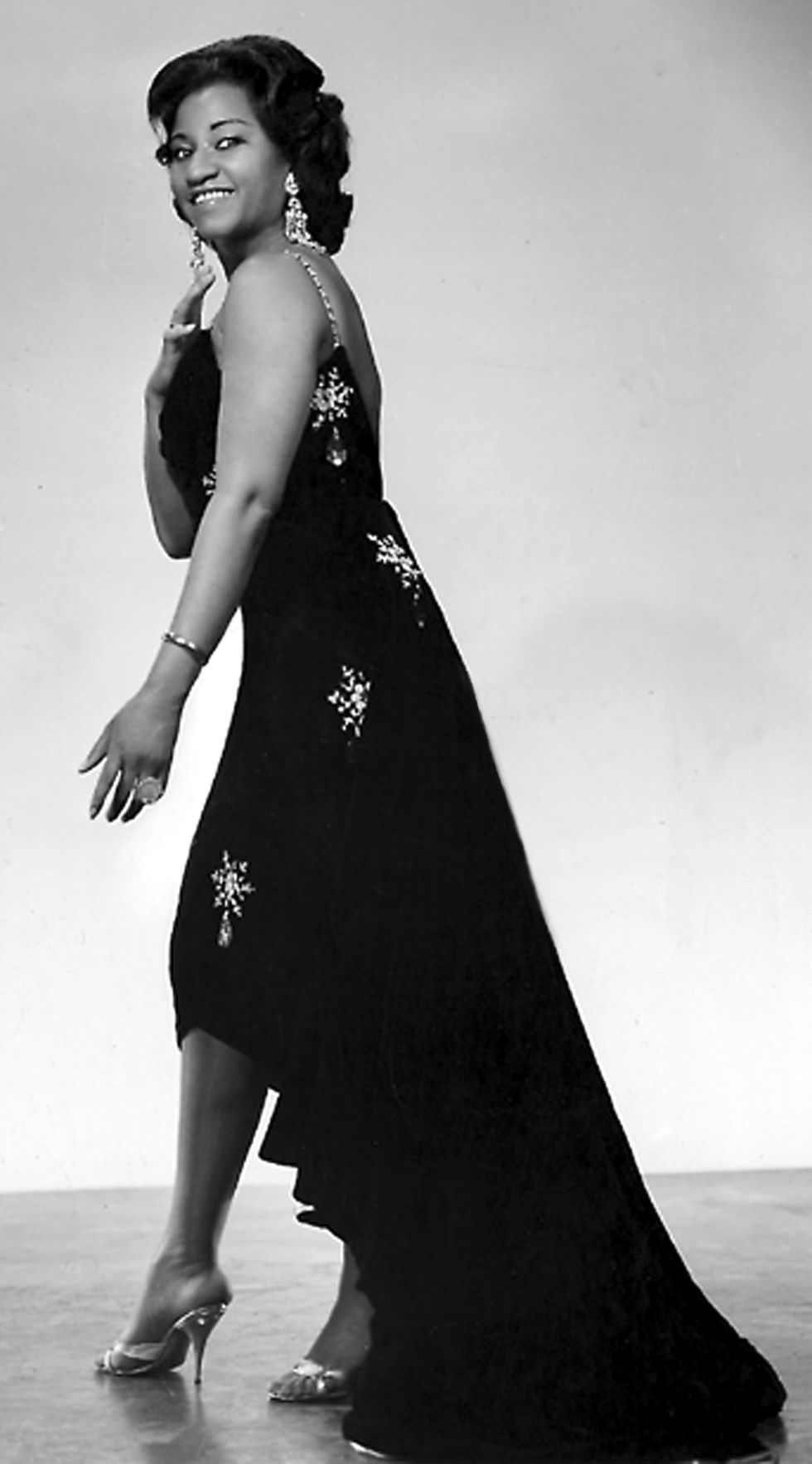 Cruz earned support for her singing career before it even took off, with people from her “barrio” lining up to hear her sing her young siblings to sleep. Turns out, her cousin knew she’d be a big star someday and would gather people to go by her house and hear her.

“I was the oldest sibling at home so I used to put the little ones to sleep,” Cruz explained. “I would sing my brothers and sisters to sleep and I noticed that, when I did, there were always neighbors at my door. I thought ‘What are those people doing there?… I’m trying to get these kids to sleep.’ Later, I found out that a cousin of mine was bringing the people in.”

The young singer had already been playing gigs around town with the local band El Botón de Oro (The Golden Button) when her cousin signed her up for a local radio station contest "Hora del té" (the tea hour) where she won her first prize for singing. It was also the first time she used a microphone.

From then on, Cruz was highly sought out at radio stations all around the city and had standing times during the weekends, when she’d win almost every contest she signed up for. But while her career certainly seemed promising, it wasn’t always the life her father Simón Cruz, a railway worker, envisioned for her.

Her father highly encouraged Cruz to get an education and become a teacher, a common profession for women at the time. She attended a school for teachers after high school before music called to her and she started studying at Havana's National Conservatory of Music in 1947.

It didn’t take long for Cruz to rise to fame, but she was exiled from her home country

Though Cruz was making a name for herself as a backup singer in several bands, her big break came when La Sonora Matancera, a popular orchestra band in Cuba, was suddenly in need of a singer in 1950.

Cruz was signed, and the band’s success would propel her to fame, but very little of it would be seen in her beloved Cuba.

The singer enjoyed success in her native land in the 1950s as the band toured all over North and Central America. That changed when the Cuban Revolution and Fidel Castro took power while Cruz and Sonora Matancera were in Mexico, and several members decided to head to the United States instead of returning home.

Cruz became a U.S. citizen in 1961 and the Castro Regime, staunchly anti-American, exiled her from the country. Cruz was barred from returning for the rest of her life, even missing the deaths of her mother and father years later.

The singer set up her home in New York City and the surrounding area instead and found success singing for several labels after leaving La Sonora Matancera. She finally hit international fame after joining the Tito Puente Orchestra in the mid-1960s and enthralled audiences with her stage presence.

Her impact was unmistakable and she became known as the “Queen of Salsa” as the genre took off in the 1970s, inspired by Cuban and Afro-Latin music.

“I prefer Salsa. I will never change my genre, never, darling,” she told Generation ñ.

Her biggest hit came just a few years before her death

Cruz continued singing and working late into her life. The singer released one of her biggest hits, “La vida es un carnaval,” in 1998.

By then, Cruz’s impact as an Afro-Latina had made her one of the most visible Black women in Latin music. Cruz embraced her identity and often wore costumes and clothing inspired by her African roots. Her music was also infused with the beats and drums of African music.

The legendary singer’s catchphrase, “Azucar,” started out from the way she liked to drink her coffee — nice and sweet. But many also attributed her often shouts of the word to a rallying cry for all the Afro-Latinos in Cuba and the Caribbean that were forced to be slaves in sugar cane farms.

Cruz died in July 2003 at her New Jersey home a year after being diagnosed with an aggressive brain tumor. As per her wish, Cruz’s body was first flown to Miami where her fellow Cuban exiles lined up for hours to pay tribute before she was flown back and buried in the Bronx.

Cruz was buried with a little bag containing soil she picked up during her only return trip to Cuba in 1990, when she was asked to perform at the U.S. Guantanamo Bay Naval Base. Though she never stepped foot on Cuban-owned soil again, a piece of her beloved country rests with her forever.