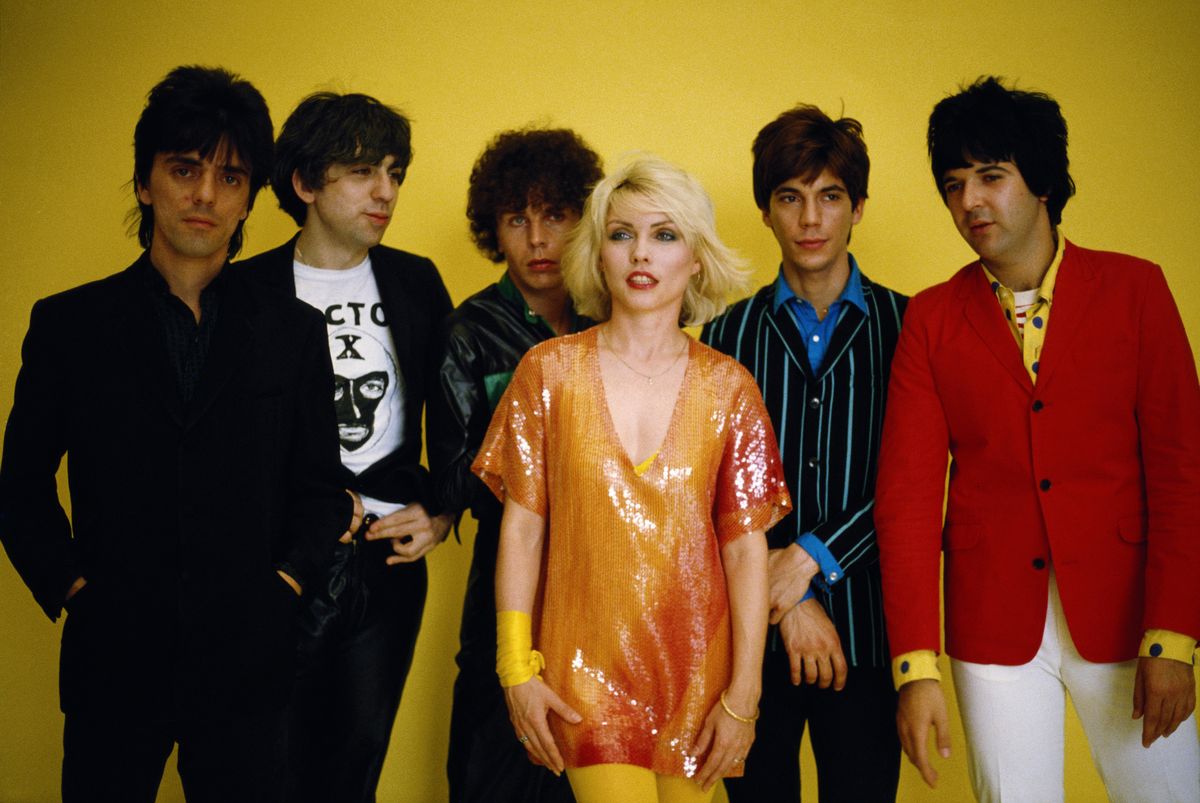 In November 1980, the punk band Blondie released their fifth album, Autoamerican, and critics were intrigued — and a little confused. Blondie, rising out of the hardcore 1970s New York City punk scene of CBGB and Max’s Kansas City, had been mainstream stars since their 1978 breakthrough single “Heart of Glass.” Headed by the fierce, charismatic front-woman Debbie Harry, the band chose Los Angeles to record Autoamerican, and the songs on the album reflected the city’s cross-cultural vibes.

“Autoamerican is to Blondie what Revolver was to the Beatles," John Mendelsohn of the Los Angeles Times wrote of the album. "Apparently weary of the sounds that made them the idols of the millions, they here explore all manner of unlikely musical necks of the woods... You’ve heard 'The Tide is High,' on the radio, so you don’t need the Times to tell you how perfectly delightful this tuneful, horn-decorated reggae oldie is."

Two of the album's biggest hit songs, "The Tide is High" and "Rapture," broke new ground in the music world, crossing genres and creating a sound that mainstream music had never heard before. 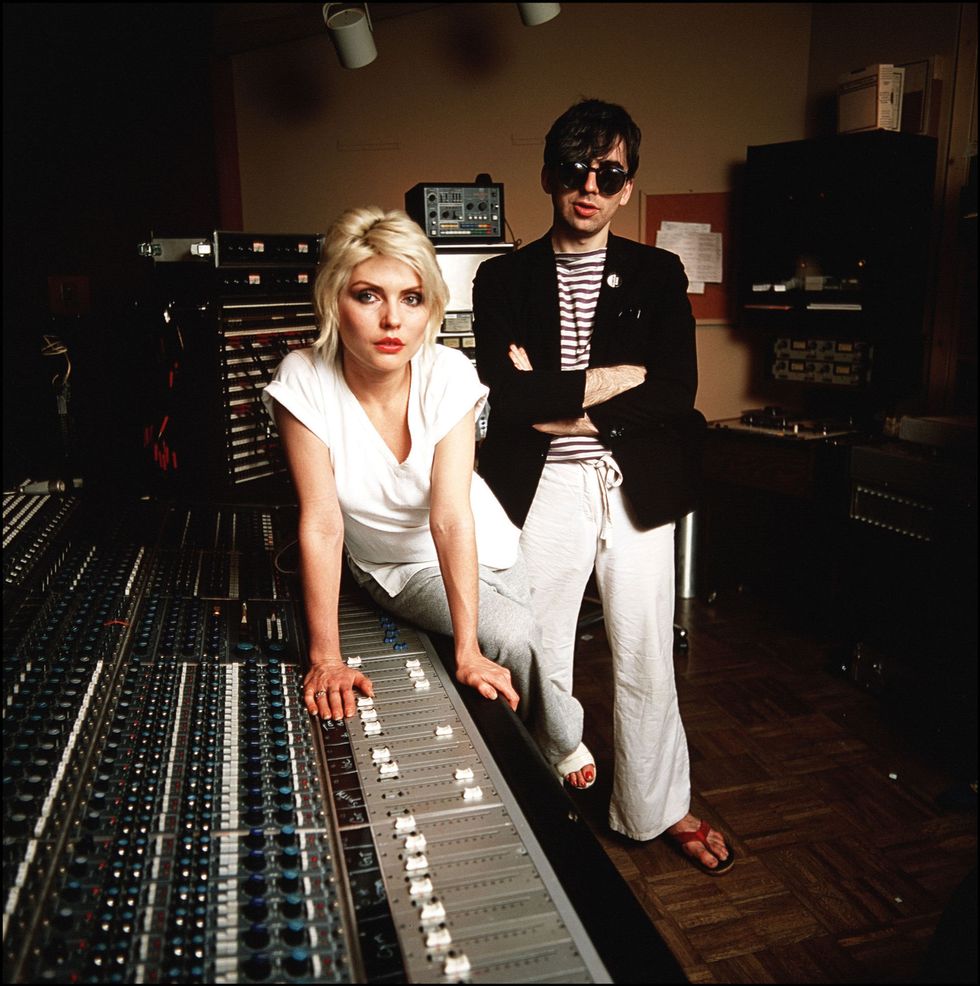 Blondie’s decision to record Autoamerican was partly political — an attempt to create new hybrid forms of cross-cultural music for a more tolerant generation. “We wanted to make music that would cross over,” Blondie guitarist Chris Stein said. “I would like to see the record resolve racial tensions by bringing different audiences together. When the new wave kids and the rapper kids get together, that'll be something. Eventually, they'll all meet in the middle, where you'll have a strong race of young people that won't be divided by stupid racial issues.”

In 1980, Blondie traveled from their natural habitat of New York City’s Lower East Side to the legendary United Western Record studio on the Sunset Strip to record the album.

“Every day we get up, stagger into the blinding sun, drive past a huge moon-mobile, from some ancient sci-fi movie that lies rotting by the side of the road into LA Proper. The Strip. The sessions get underway,” Stein wrote at the time.

According to Josh Kun, author of The Tide Was Always High: The Music of Latin America in Los Angeles, to give Autoamerican an authentic, DIY feel, eight tracks featuring drumsticks tapping on a bench were also included as were mariachi rhythms so popular in East Los Angeles. “Blondie’s version replicates the original’s classic Caribbean reggae strut- a sound that had vibrantly left its mark on the sound of new wave and punk scenes in New York and London- but then throws a Latin American curveball,” Kun explains.

"The Tide is High" was originally recorded by another band

According to 1000 UK #1 Hits, it was in London that Harry discovered one of the band’s biggest songs. "I first heard 'The Tide Is High' on a compilation tape that someone had given me while we were in London. Chris (Stein) and I both fell in love with the song and decided it was too good to resist," she recalled.

“The Tide is High” was written by reggae legend John Holt, known as “Mr. Loverman,” for his smooth, playful sounds. The plaintive love song was originally recorded in 1967 by his trio The Paragons. On the original version, “White Rum” Raymond’s plaintive violin weaves throughout the song of unrequited love, giving it a whimsical edge.

Even John Lennon was a huge fan of “The Tide is High.’’ "The one modern song I remember him listening to was 'The Tide Is High' by Blondie, which he played constantly," his son Sean told Rolling Stone in 2006. "When I hear that song, I see my father, unshaven, his hair pulled back into a ponytail, dancing to and fro in a worn-out pair of denim shorts, with me at his feet, trying my best to coordinate tiny limbs." 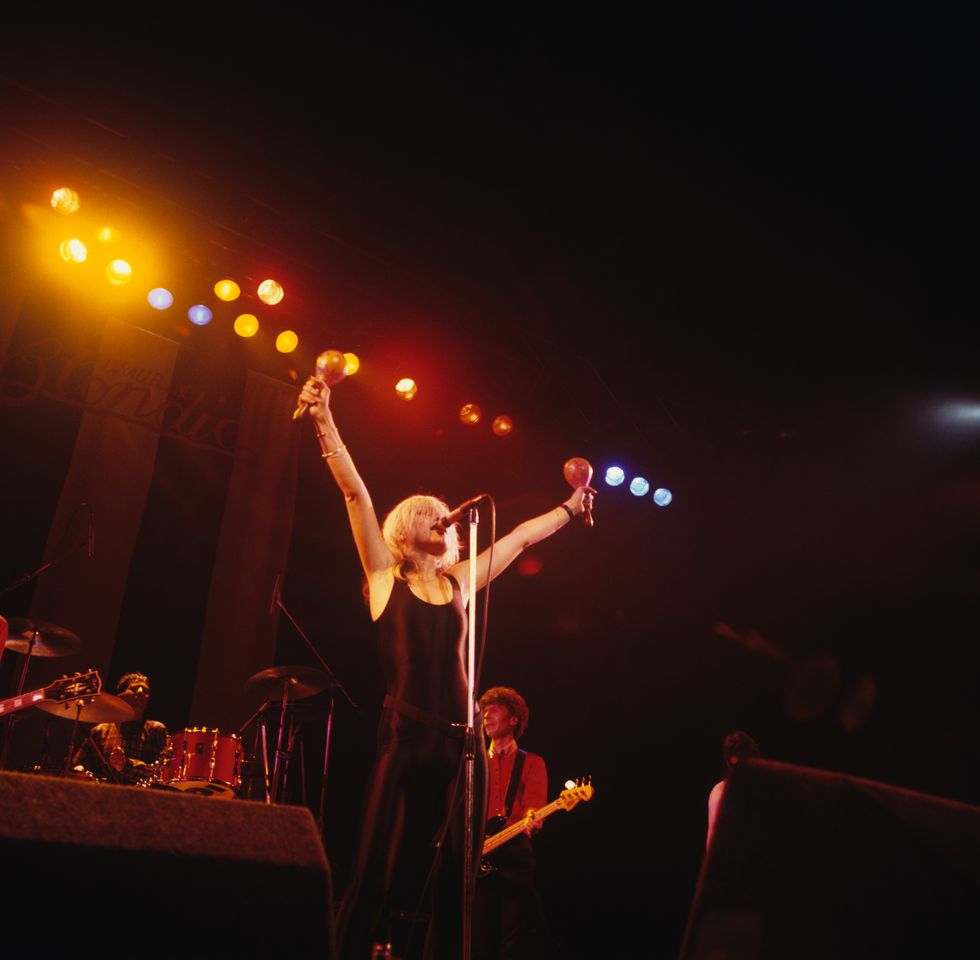 Debbie believes "Rapture" made rap 'viable for the mainstream charts'

The album also featured the song “Rapture,” a playful take on the word rap, which they had been introduced to by fellow outlaw artists in New York City like rap pioneer Fab 5 Freddy. “I knew Chris and Debbie from the downtown art scene and would visit their apartment,” Freddy recalled to the New York Post. “Chris had the best marijuana and Debbie would offer me a sandwich. It was funny to see the Marilyn Monroe of her generation being domestic! They were supporters of what was happening in the Bronx before anyone [else].”

Harry would honor her friend in “Rapture” with the line: "Fab 5 Freddy told me everybody's fly / DJ's spinnin' I said, 'My my' / Flash is fast, Flash is cool / François sais pas, Flashé no deux."

While “Rapture” was the first mainstream number one hit, Harry today downplays its importance. “Creatively it did one thing in particular: It was the first rap song to have its own original music,” she told Rolling Stone. “Commercially it made rap viable for the mainstream charts. I don’t think it was a tremendous influence. I am nowhere close to being a rapper. I’m completely in awe of great rappers.”

“Rapture” was the first time many Americans were exposed to this new art form. “U-God and Inspectah Deck from the Wu-Tang Clan once told me that ‘Rapture’ was the first rap song they ever heard as kids,” Stein told the New York Post. “That’s mind-boggling.”

For many in the punk scene, reggae and rap artists were fellow musical mates in the fight against the mainstream. Harry was a regular at London clothing store Acme Attractions, along with punk rockers like Patti Smith and Chrissie Hynde.

"It was a culture that spoke in a currency with which the punks could identify," Letts told the Guardian. "It was the soundbite-type lyrics, the anti-fashion fashion, the rebel stance and, importantly, the fact that reggae was a kind of musical reportage, talking about things that mattered."

Unfortunately, Autoamerican would be Blondie’s last great success. In 1982, things came to a head during a show at the Providence Civic Center when bandmates threw drumsticks at each other during a fight. They would break up shortly after. But their groundbreaking hits would live on, encouraging people to enjoy and explore life.