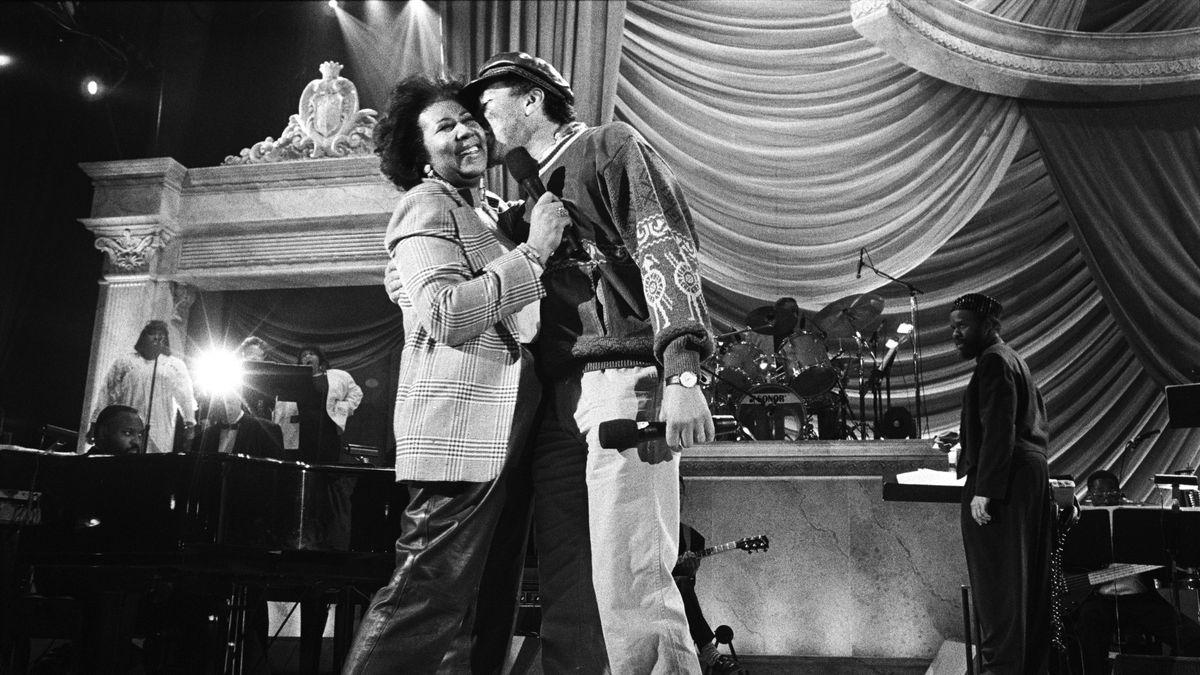 When Aretha Franklin was inducted into the second class of the Rock & Roll Hall of Fame in 1987, she had a familiar face by her side: fellow inductee and lifelong friend Smokey Robinson.

It was rather symbolic that the two kids from Detroit, who grew up playing games in the neighborhood together, had both made their way to the top of such a tough industry. She had sung her way to the top of the charts with her powerful voice and messages on songs like “Respect” and “(You Make Me Feel Like) a Natural Woman” in the late 1960s and 70s, earning her the nickname Queen of Soul. Meanwhile, he had become the King of Motown by forming the group The Miracles, which cranked out 37 Top 40 hit songs.

No matter what came at them throughout their lives, they shared one thing: a cherished friendship. “She was the girl next door,” Robinson said at a tribute concert to his dear friend after her death from pancreatic cancer in 2018, according to Billboard. “In fact, she was the girl right around the corner who became a lifelong friend, who became a musical icon.”

Both Robinson and Franklin grew up in the same North End neighborhood of Detroit. Even so, their homes didn’t exactly look the same. After all, Franklin was the daughter of Reverend Clarence LaVaughn Franklin, a minister so popular that he had his own radio show and his sermons have been preserved in the Library of Congress.

“In Detroit, we lived in the hood. In the hood-hood,” Robinson said on CBS This Morning. “But in the middle of that were these two plush blocks where they had mansions and all that, right in the middle. It was an amazing place. And so they lived on one of those blocks because Rev. C. L. Franklin was of course one of the biggest ministers in the country.”

That kind of reputation made the household a popular draw — and a breeding ground for the vocal arts. “All the top gospel artists came to Reverend's church at one point or another and sang,” Robinson told Rolling Stone. 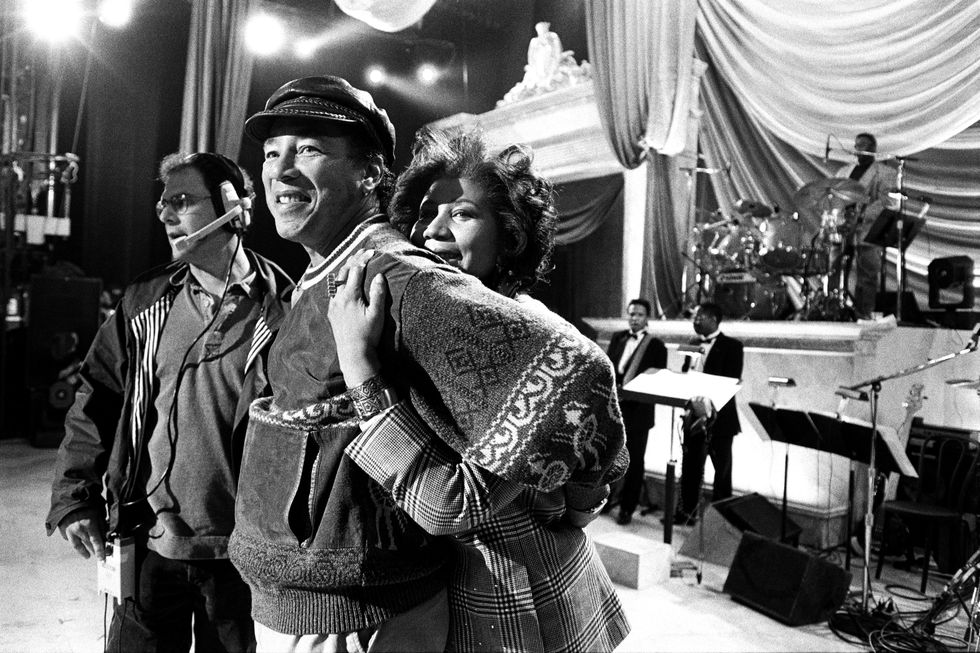 He was just 8 years old when he first met Franklin after her family had moved to town from Buffalo. He had befriended her brother Cecil, so it was a typical neighborly visit. “I remember going over to see their house — I had never been to a mansion before,” he told Rolling Stone.

But something caught his ear that forever stuck with him. “We're walking through the house to see, and I hear this little voice and a piano playing in this room...and I peek in,” Robinson recounted to CBS This Morning. “And there's Aretha sitting at the piano, playing and singing almost like she did as an adult, but she was probably only about 5 years old. But that's how I first met her."

Even though he was just a child, Robinson was immediately taken by Franklin’s talent, recalling her rendition of “Amazing Grace.” “From the time we were kids, man, Aretha could sing,” he added to Rolling Stone. “She never changed — she was always Aretha.”

While they may have been destined for future musical greatness, back then they did what neighborhood children did best in the era — play. “We’d do lots of kid stuff together,” Robinson said. They enjoyed carefree days outside, playing games like hide-and-seek and kick-the-can. “Aretha was a tomboy, basically, when she was younger,” he added.

They weren’t the only musically inclined people in the neighborhood. “Diana Ross lived right down the street from us,” Robinson told Vanity Fair in 1994. “The Temptations lived not too far, a few blocks. The Four Tops. So we had a bunch of music happening in our neighborhood. We used to hang out, do things musically, ‘musical battles,’ we called them.”

READ MORE: Aretha Franklin and 11 Other Black Singers Who Got Their Start in Church

The pair's relationship was based on mutual respect and admiration

As both Franklin and Robinson started to find success in the music world, they never strayed far from their Detroit roots, often collaborating for joint performances. "It was always wonderful to do anything with Aretha,” Robinson told CBS. “Aretha was my ace. She was my baby. We were really, really close, and to do anything with her was always a joy.”

Among their most iconic performances was their 1979 "Soul Train" duet when they sang Robinson’s “​​Ooo Baby Bay.” “It was impromptu, wasn’t planned or anything, so that made it even more special,” Robinson said of the “wonderful memory.” “She could sing the phone book and make it her own.”

In difficult moments, their lifelong bond kept them tight. When Franklin was dealing with undisclosed health issues in 2013 and had to cancel appearances, she turned to her old pal. "I was talking to Smokey Robinson, my oldest best friend Smokey, talking about the fact that some doctors are not very well acquainted with faith healing,” she said to USA Today at the time. “And Smokey said, ‘Well, they just don't know who your healer is.’”

After announcing her retirement in 2017, Franklin still stepped out to surprise her “oldest and dearest friend” before his show at Detroit's Chene Park Amphitheater with a City of Detroit Award for “appreciation and recognition” from the city council.

And not long before her death in August 2018, the two had talked about the future. “Her plan was, she was going to retire from doing performances, but she was always going to record,” Robinson told CBS. 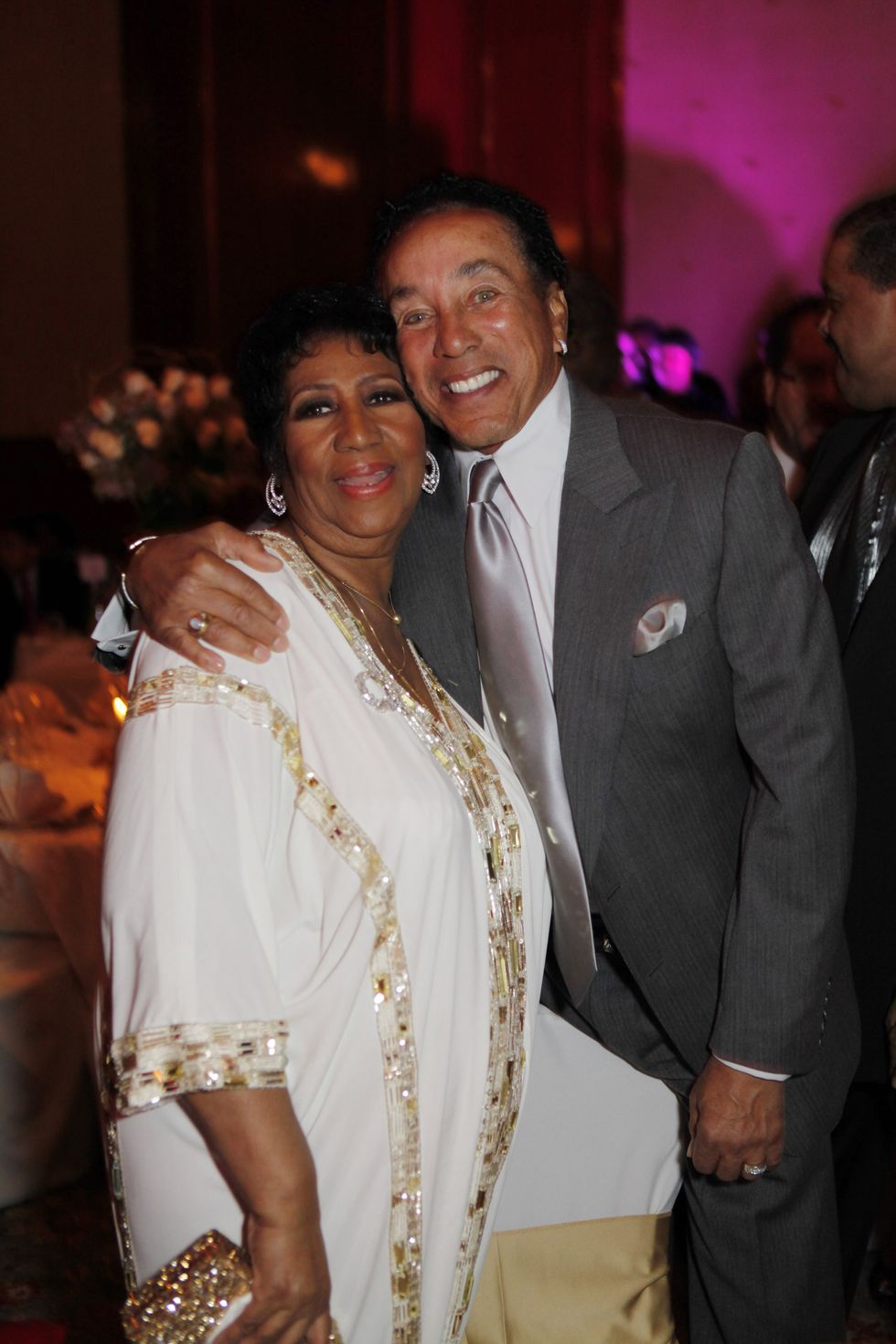 On the day she died, Robinson tweeted, “This morning my longest friend in this world went home to be with our Father. I will miss her so much, but I know she’s at peace. #QueenOfSoul.”

Through all the thoughts and tributes Robinson has shared, it’s clear they had a bond like no other. And he praises her for her work beyond the industry as well. “There are children who haven’t even been born yet who are going to be made aware of Aretha Franklin, if only through her music,” he said to Rolling Stone. “But she was an activist also. In the civil rights movement, she worked very closely with Dr. Martin Luther King Jr. So she did a lot of things, man.”

But in the end, for the two kids from Detroit, it was all about the love. “She was a gifted songwriter, a fantastic musician and a great political activist,” he told Billboard. “But for me, she was always my little sister who I loved so much. I still love her so much.”