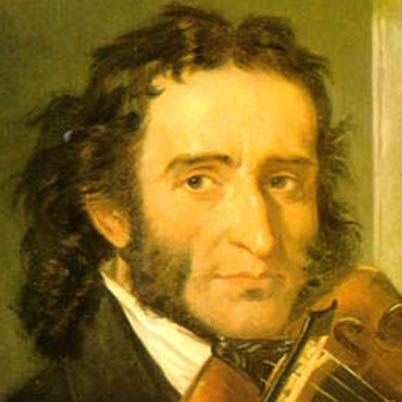 Who Was Niccolò Paganini?

Italian virtuoso violinist Niccolò Paganini may be the perfect example of nature meets nurture. Taught the violin by his father as a child and tutored by the best teachers, Paganini was considered a prodigy. The ferocity with which he played, coupled with his elongated fingers and extraordinary flexibility, gave him a mysterious, almost mythical reputation. Mobbed in the street and rumored to have a deal with the devil to achieve the heights of his virtuoso performances, he ultimately became considered the greatest violinist of all time.

Niccolò Paganini was born in Genoa, Italy, on October 27, 1782, the third of six children born to Teresa and Antonio Paganini. Paganini's father was in the shipping business, but he also played the mandolin and began teaching his son the violin at an early age. Paganini's mother had high hopes of her son becoming a famous violist.

When Paganini had exhausted his father's abilities, he was sent to the best tutors in Genoa, primarily in the theater, where he learned harmony and counterpoint. His first recorded public performance was at a church on May 26, 1794, when the boy was not yet 12 years old. He had been influenced by the work of Auguste Frédéric Durand, a Franco-Polish violin virtuoso who had a reputation for showmanship.

So, the boy moved on to Alexandro Rolla in Parma, who was so impressed with the prodigy that he felt the wisest course for him was composition. After an intensive course of study, Paganini returned to Genoa and began composing and performing, primarily in churches. He also set his own schedule of rigorous training, sometimes 15 hours a day, practicing his own compositions, which were often quite complicated, even for himself.

By 1801, Paganini, who was used to touring with his father by this time, went to Lucca to perform at the Festival of Santa Croce. His appearance was a rousing success, endearing himself to the town.

But he had a weakness for gambling, womanizing and alcohol, reportedly having a breakdown early in his career due to the latter. Post recovery he returned to Lucca, earning the favor of Napoleon's sister, Princess Elisa Baciocchi, and securing the position of court violinist.

He eventually grew restless and returned to the life of a virtuoso, touring Europe, amassing wealth by enchanting audiences with the ferocity or sensitivity of his playing — audiences were said to have burst into tears at his execution of tender passages.

One patron was purportedly so moved by a performance that he gave Paganini a coveted Guarnerius violin. Another vowed he had seen he had seen the devil helping Paganini with a particularly impassioned performance.

Paganini's reputation began to take on mythic proportions — he was often mobbed in the streets. His pure talent, showmanship and dedication to his craft was further augmented by possibly two physical syndromes: Marfan's and Ehlers-Danlos—one giving him particularly long limbs, especially fingers, the other giving him extraordinary flexibility. These certainly would have factored into his exceptional virtuosity, earning him nicknames such as "the Devil's Violinist" and "Rubber Man." But he also perpetuated the mythology with stunts like severing strings on a violin and playing a piece such as the Witches Dance on a sole string.

In 1827, Paganini was made a knight of the Golden Spur by Pope Leo XII.

Paganini had a few close friends, including composers Gioachino Rossini and Hector Berlioz, who composed Harold en Italie for him, and a mistress with whom he had a son, Achilles, who he later legitimized and left his fortune to.

Paganini is considered perhaps the greatest violinist that ever lived and his compositions, including 24 Caprices, for violin alone are some of the most complex pieces ever composed for the instrument.