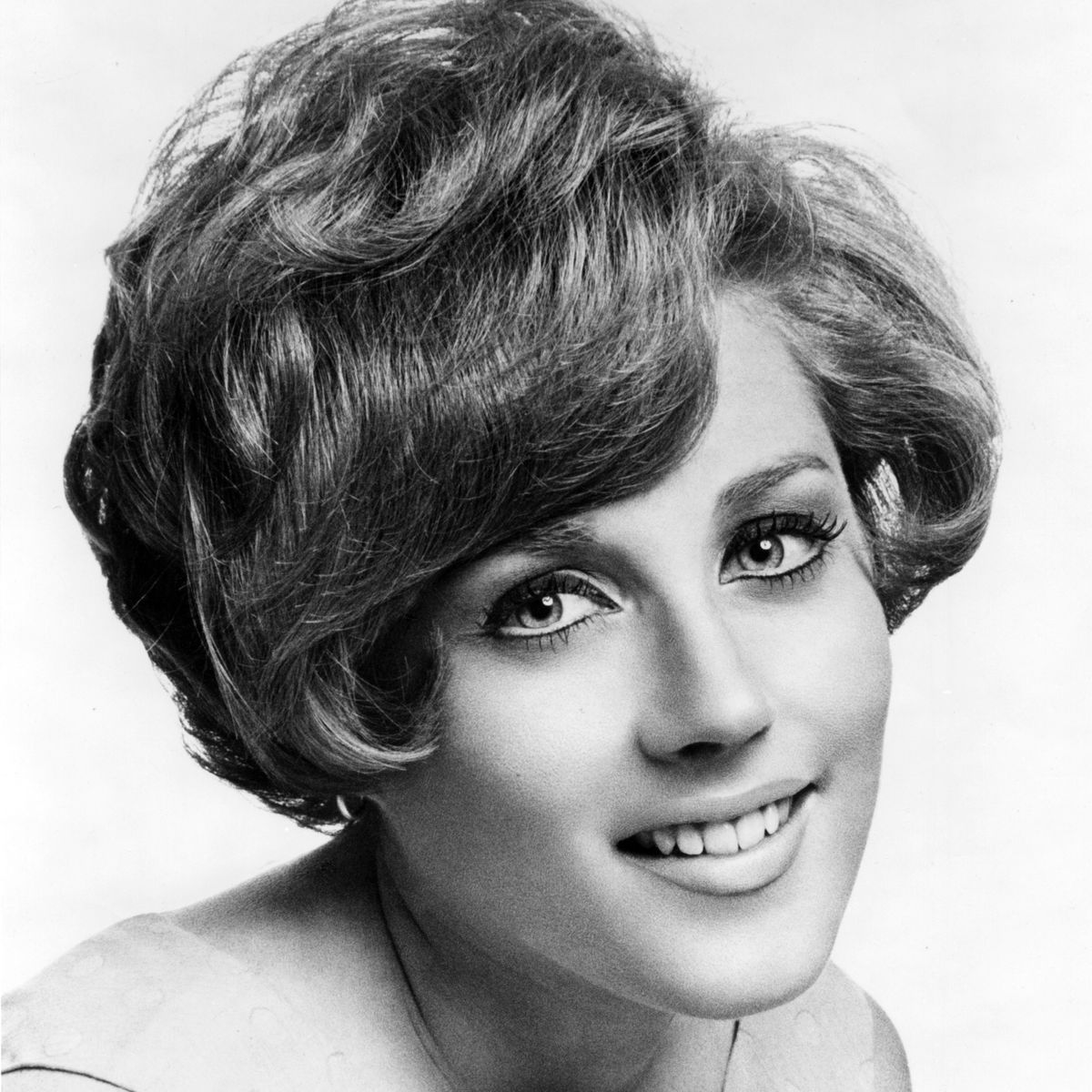 Who Was Lesley Gore?

Lesley Gore's first and most popular hit, 1963's "It's My Party," remains her calling card today. Her voice became the quintessential sound for youthful longing, and she recorded several other hits throughout the 1960s, including "Look of Love," "Maybe I Know" and "You Don't Own Me." Gore was later nominated for an Academy Award for "Out Here on My Own" for the film Fame. Gore died of lung cancer on February 16, 2015.

Singer-songwriter Lesley Gore was born Lesley Sue Goldstein on May 2, 1946, in Brooklyn, New York. Gore grew up in nearby Tenafly, New Jersey. She was only 16 years old when she was discovered by legendary music producer, Quincy Jones. Though several versions of the story of their auspicious meeting exist — one source said that they met at a party, while another claims that Jones saw Gore singing in a hotel — Gore herself remembers that it happened through a string of lucky connections.

As Gore recalled, "The short story and the truth is that I was taking vocal lessons here in New York ... One day, instead of my lesson, the piano player and I went into a studio ... and we put down some demos ... Those demos got to Quincy Jones through an agent ... He listened to them, he called me, and we started to record."

Gore could not have begun her music career with a better team behind her. Her first single, 1963's "It's My Party (And I'll Cry If I Want To)," was arranged by famed Brill Building songwriter Ellie Greenwich and produced by Quincy Jones. The song resonated with millions of teenage girls across America, becoming an overnight success.

Gore's sudden fame was a little overwhelming: "We recorded the record on a Saturday afternoon, March 30th, and I heard the record for the first time on April 6th. I was driving to school, literally seven days later. You know, that doesn't happen anymore, so when it started getting played, we weren't prepared for it. We didn't even know it had been released."

"It's My Party" soared to the top of the charts and hit No. 1 within weeks. In June 1963, Gore released her first album with Mercury, entitled I'll Cry If I Want To, reaching No. 24 on the U.S. albums chart.

Though Gore and her family tried to live normally despite her new celebrity, soon, hoards of fans began literally showing up on her front doorstep: "You have to take into account that this was a long time ago, and we didn't have things like answering machines," Gore later said. "So when the disc jockey ... would say, 'That was Lesley Gore, the sweetie pie from Tenafly,' well, people just came to Tenafly. You know, I'd wake up and there were people camped out on the grass."

Despite all the attention, Gore stayed in school and studied hard while continuing to nurture her music career. Her next single, "Judy's Turn to Cry," was a kind of sequel story to "It's My Party" and reached No. 5 on the charts.

Over the next two years, while she remained in high school, Gore released a string of bubble-gum hits like "She's a Fool," "That's the Way Boys Are," "Look of Love," "Sunshine, Lollipops, and Rainbows" and "My Town, My Guy, and Me."

One song that stood out from the rest, however, was "You Don't Own Me," an unapologetic declaration that women are not objects that men can possess and control. Perhaps ironically, the song was actually written by male songwriting duo John Madera and Dave White, but Gore's powerful vocals and passion for the lyrics inspired teenage girls to not let boys push them around. The song held steady at No. 2 for weeks, surpassed only by The Beatles world-changing smash, "I Want to Hold Your Hand."

As Gore explained the record: "When I first heard that song at the age of 16 or 17, feminism wasn't quite a going proposition yet. Some people talked about it, but it wasn't in any kind of state at the time. My take on that song was: I'm 17, what a wonderful thing, to be able to stand up on a stage and shake your finger at people and sing you don't own me."

Gore had to look far and wide to find female mentors in the male-dominated record industry of 1960s America. One who inspired her was feminist lawyer and politician Bella Abzug, who became a close friend. When Bette Midler, Diane Keaton and Goldie Hawn covered "You Don't Own Me" for the 1996 comedy The First Wives Club — a film about women taking revenge on their cheating, lying and manipulative ex-husbands — the anthem found a new lease on life for a younger generation of fans.

After graduating from high school, Gore continued to pursue music but did not let her career get in the way of higher education. She attended Sarah Lawrence College, an all-female university, and reserved summers and holidays for performances, recording sessions and tours. Later in the 1960s, Gore released singles such as "Treat Me Like a Lady," "He Gives Me Love (La, La, La)" and "California Nights," but she remained more focused on studying than performing, a move that ultimately slowed down her career.

At Sarah Lawrence College, Gore took courses in literature and drama, enjoying every minute of it: "I was a good student and I enjoyed school," Gore later said of her experience at the school. "The campus was kind of like a haven for me. A beautiful school and an excellent philosophy. They treat women like human beings, and they were doing that back then. It felt really good to ... feel good being a woman, and Sarah Lawrence had a lot to do with helping me feel that way."

It was also at Sarah Lawrence that Gore realized that she was a lesbian. Before college, she later explained, she simply had never had the time to examine her true feelings. "I had boyfriends," she said. "I was scheduled to get married ... All of that was part of the agenda at the time ... Part of the problem that I had ... was being out in the public. It was hard to even explore it. I wasn't even left that opportunity. When I talk to some of my gay women friends now who might just be a little bit older than me, they would come in from [Long] Island or New Jersey, and they would put on their black Levis and black jackets and run to the bars. I wasn't quite able to do that."

After college, Gore continued to release singles but also began to explore other creative avenues, including television and stage performances. She once guest-starred on the hit TV show Batman as Pussycat, lip-synching "California Nights" in the episode.

As the 1970s progressed, Gore moved out of the spotlight to pursue songwriting. Dropped from Mercury Record in 1969 due to waning record sales, Gore was free to write her own songs instead of performing someone else's. "That's what got me to the piano," she said. "That's what got me up in the morning: a blank piece of paper and a hope to have something by the end of the day."

In 1972, Gore released her first album for a new label, Mowest. Entitled Someplace Else Now, the songs reflected her evolution as a songwriter and a person. She followed with Love Me By Name in 1976 and The Canvas Can Do Miracles in 1982. In the '80s, she also wrote songs for the hit movie Fame. One of the tracks, "Out Here on My Own," a powerful anthem that she wrote with her younger brother, Michael, was nominated for an Academy Award. Around the same time, she fell in love with the woman who would become her life partner.

Mostly content to drop out of the spotlight, Gore did not release an album or single between 1982 and 2005. Toward the end of this time, she began hosting episodes of a PBS documentary series called In the Life, focusing on gay and lesbian issues.

She officially came out to the public at large on the show, something she said her work on the show inspired her to do: "I met a lot of young people in the Midwest, and I saw what a difference a show like In the Life can make to their lives in some of these small towns where, you know, there are probably two gay people in the whole damn town."

In 2005, Gore released a comeback album, Ever Since, which was praised by critics and featured in the soundtracks to several movies and television shows, including CSI and The L Word.

Gore died of lung cancer on February 16, 2015 at the age of 68. She had lived in her native New York City with her partner of over 30 years, Lois Sasson, and their dog.

"She was a wonderful human being — caring, giving, a great feminist, great woman, great human being, great humanitarian," Sasson told The Associated Press.

"The best part of what I do now is getting up in front of an audience and doing my show," she said. "The getting there is what is a horror: the travel to the airport, getting to the gig, the prep time. After 44 years, it doesn't hold too much glamour for me. But the moment that the emcee says, 'the one and only Lesley Gore,' I am so in that moment. It's like an athlete -- you've got to be feeling good, and you get around from place to place. It's the ultimate reality."