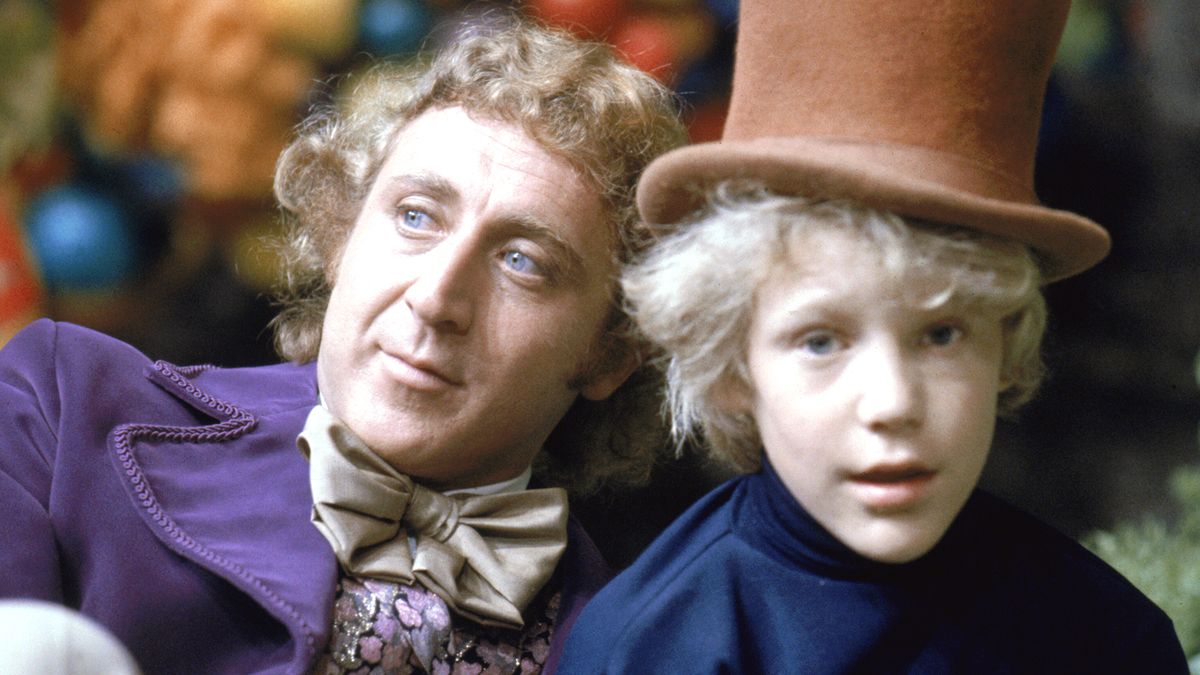 When Willy Wonka & the Chocolate Factory first invited viewers into its world of pure imagination in 1971, the now-classic film didn’t receive such a sweet reception. Box office numbers were lackluster, and reviews for the big screen adaptation of Roald Dahl’s 1964 novel, Charlie and the Chocolate Factory, were "lukewarm at best," Peter Ostrum, who played Charlie Bucket, later recalled.

“When it came out, it was not a box office success,” actor Julie Dawn Cole (Veruca Salt) explained in 2019. “ I believe it ran in movie theaters for a matter of weeks. And then it disappeared. It was not popular. It was actually forgotten after that. There was a period in my life where I never even mentioned it. And then it wasn’t until the ‘80s when I learned it had this cult status.”

Indeed, the movie became a cult classic in the years following its theatrical release, and, in 2014, the Library of Congress even named the “cinematic treasure” to the National Film Registry. "We were obviously trying to do our best, but we had no idea that that film would still resonate,” Ostrum told The Hollywood Reporter in 2016. 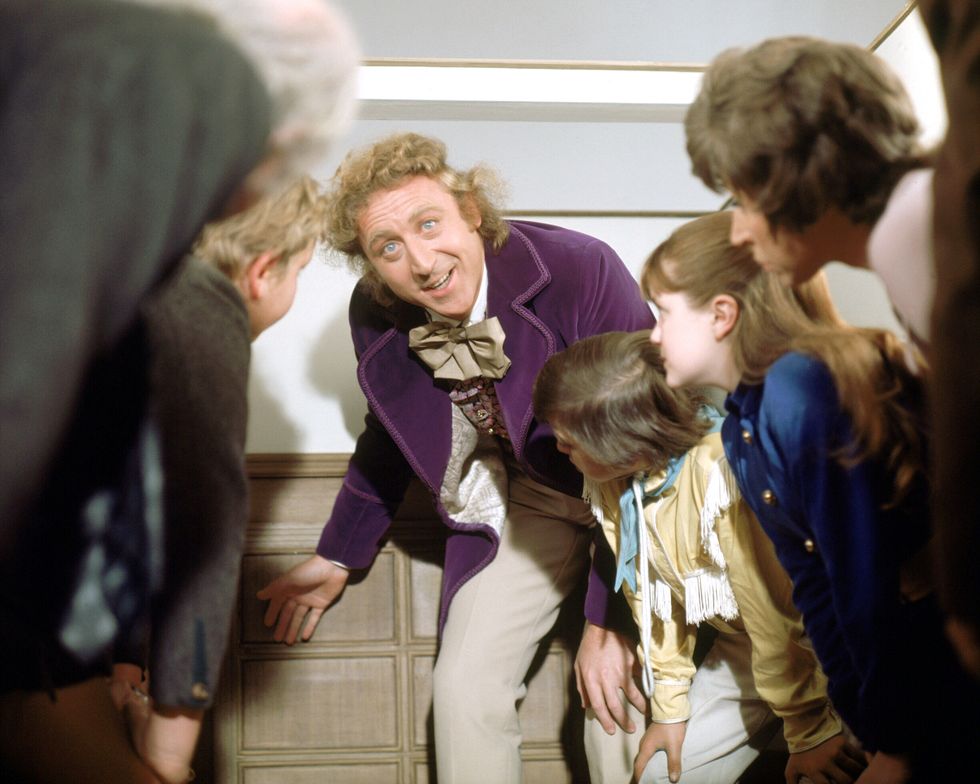 Before he died at age 83 from complications of Alzheimer’s Disease in 2016, Wilder (born Jerome Silberman) earned an Academy Award nomination for Best Adapted Screenplay for 1974’s Young Frankenstein (along with regular collaborator Mel Brooks), as well as a Golden Globe Best Actor nod for 1976’s Silver Streak, in which he starred with frequent comedy partner Richard Pryor. It wasn’t until 2003, however, that he took home a major award: a Primetime Emmy for his guest role as Mr. Stein in Will & Grace — his final onscreen performance.

In Wilder’s last major interview with Turner Classic Movies in June 2013, he did share his disdain for Tim Burton’s 2005 Charlie and the Chocolate Factory adaptation, in which Johnny Depp starred in the Willy Wonka role. “I think it’s an insult,” Wilder said. “Johnny Depp, I think, is a good actor, but I don’t care for that director. He’s a talented man, but I don’t care for him doing stuff like he did.”

After his starring role as Willy Wonka’s Charlie Bucket, Ostrum decided the film industry “just wasn’t for'' him. Instead, he pursued a degree in veterinary medicine and earned his doctorate from Cornell University in 1984.“People are always curious about what happened to Charlie. Why wasn’t he in any other films? Did he survive Hollywood?” he told a crowd at the University of Missouri in 2016. “I’m relieved to tell you that my life didn’t end up as a trainwreck.”

Now, Ostrum, a father of two, works as a senior partner at Countryside Veterinary Clinic in Upstate New York, where he specializes in cows and horses. His new career path hasn’t taken him totally out of the spotlight, however. According to his clinic’s website, he was recently featured on a reality series titled Vets on Call. 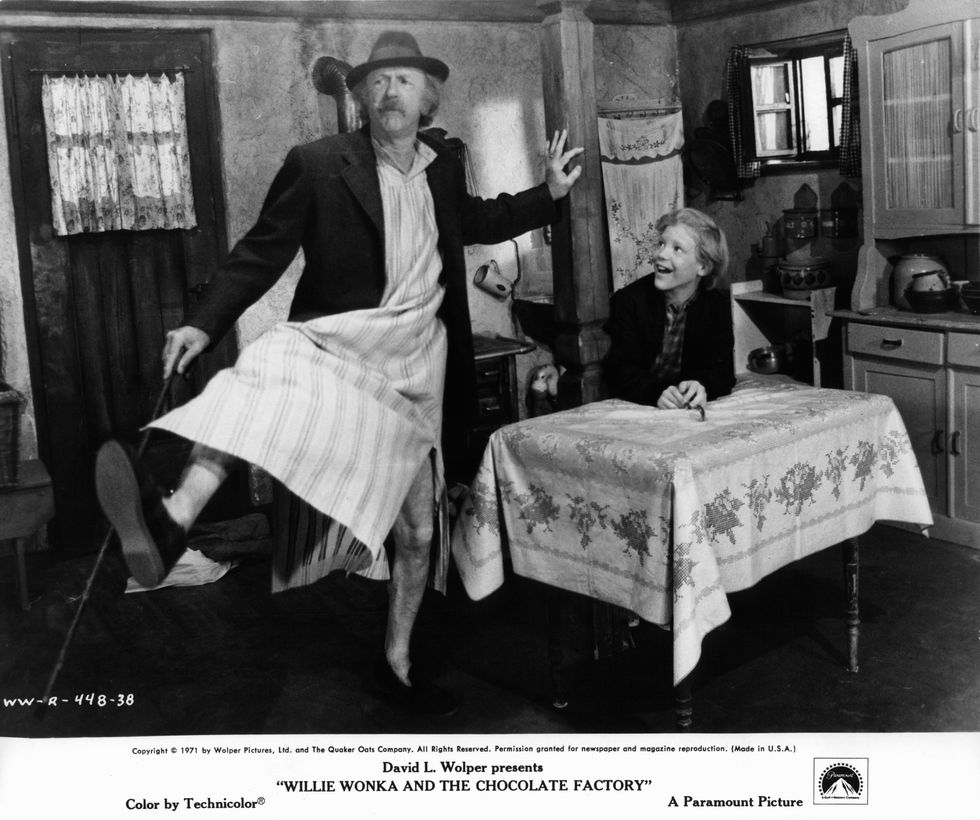 Jack Albertson dancing in front of Peter Ostrum in a scene from "Willy Wonka & the Chocolate Factory"; Photo: Paramount/Getty Images

An Oscar, Emmy and Tony winner, Jack Albertson returned to Broadway in 1972, co-starring with Sam Levene in Neil Simon’s The Sunshine Boys. The same year, he also appeared in the disaster film The Poseidon Adventure before co-starring opposite Freddie Prinze as a garage owner on the sitcom Chico and the Man from 1974 to 1978. (He earned another Emmy in 1976 for the role.) Albertson was diagnosed with colorectal cancer in 1978, though he kept his diagnosis private and continued to act.

Although a family spokesperson said the actor’s cancer had been in remission, he later succumbed to the disease and died in November 1981 at age 74.

Unlike her costars, Cole parlayed her Willy Wonka debut into a decades-long TV career in her native United Kingdom, including roles on BBC series Angels and Poldark in the mid to late 1970s and in the TV movie remake of Camille alongside Colin Firth in 1984. She completed her most recent onscreen role in 2013 before retiring from acting to train as a psychotherapist.

These days, Cole, the mother of two grown children (with ex-husband, EastEnders actor Nick Wilton), lives in Hampshire, England with her dog Hudson and works for a cancer charity, per her official website. While promoting her 2011 memoir, I Want it Now! — which includes letters she wrote to her mother while filming Willy Wonka in Germany — she referred to her child actor costars as “lifelong family,” whom she still considers her “brothers and sisters today.”

Following her appearance in Willy Wonka, Denise Nickerson, who had a breakthrough role in 1968’s Dark Shadows, later said she auditioned for the role of the possessed Regan in 1973’s The Exorcist, but her parents thought the material too disturbing, per Deadline. Nickerson continued acting on such series as Search For Tomorrow, The Electric Company and The Brady Bunch before stepping out of the spotlight in favor of a career in nursing, following her turn as Larry Wilde in the 1978 film Zero To Sixty.

Decades after leaving show business behind, Nickerson suffered a stroke in 2018 and died in July 2019 at a hospital near her Colorado home after her family removed her from life support, her only son, Josh, confirmed on Facebook. She was 62. 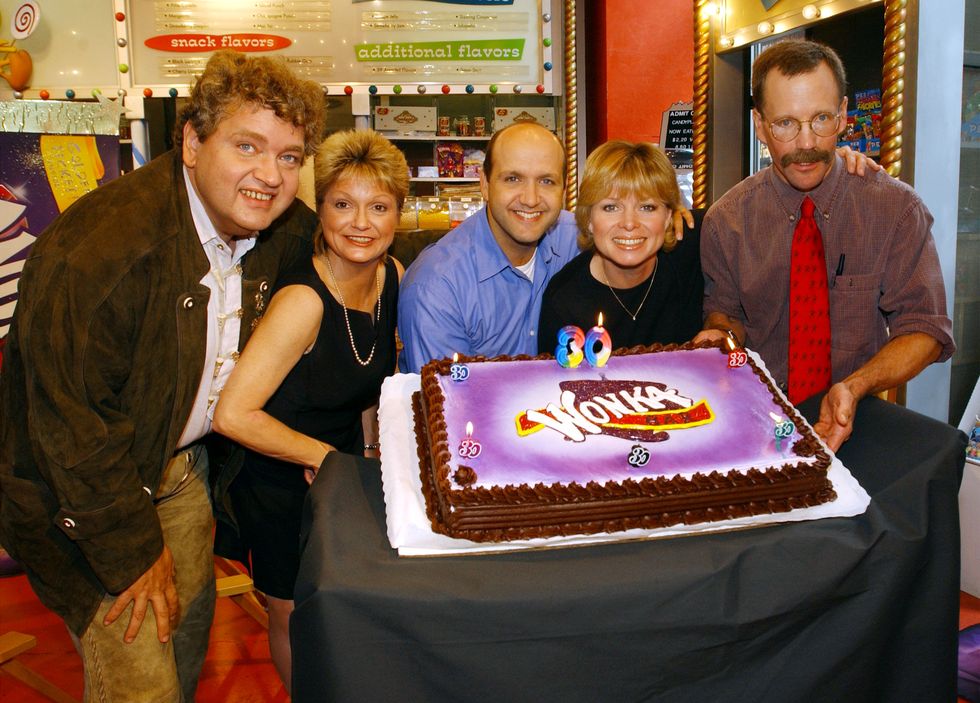 Paris Themmen’s acting career post-Willy Wonka included a role in a Broadway play called The Rothchilds, as well as commercial work. He later earned a BFA in theater from New York University, though he largely didn’t pursue acting further. Off screen, Themmen says he’s held several jobs in finance, real estate, film production, casting and even served as a Walt Disney Imagineer, to name a few.

He hasn’t totally left Hollywood behind, though. In addition to working behind the scenes as a production assistant on 2011’s Something Borrowed, he’s also appeared as himself in several reality shows, such as Top Chef: Just Desserts and Cake Wars. Themmen even finished second as a Jeopardy! contestant in 2018, though late host Alex Trebek introduced him as an entrepreneur and avid backpacker who has traveled to more than 60 countries, without ever mentioning Willy Wonka.

Unlike his young costars, Michael Bollner did not have any private tutors on set while filming Willy Wonka. After the project wrapped, however, the Germany native’s father insisted that he continue his education, rather than pursuing an acting career. He landed a couple more bit parts overseas, but went on to pursue an accounting degree and now works as a tax lawyer in Munich, Germany.

Despite his divergent career path, Bollner still participates in fan meet and greets and cast reunions, including one in Los Angeles in 2014. He also paid tribute to Wilder following the titular star’s 2016 death, memorializing the actor as a “great guy” who “was very funny” and “made a lot of jokes” on set. “I didn't have a huge amount of contact with him as my English was very poor at that time and his German wasn't so good," he said. “I regret not speaking to him again in the years after the film when my English had improved.”