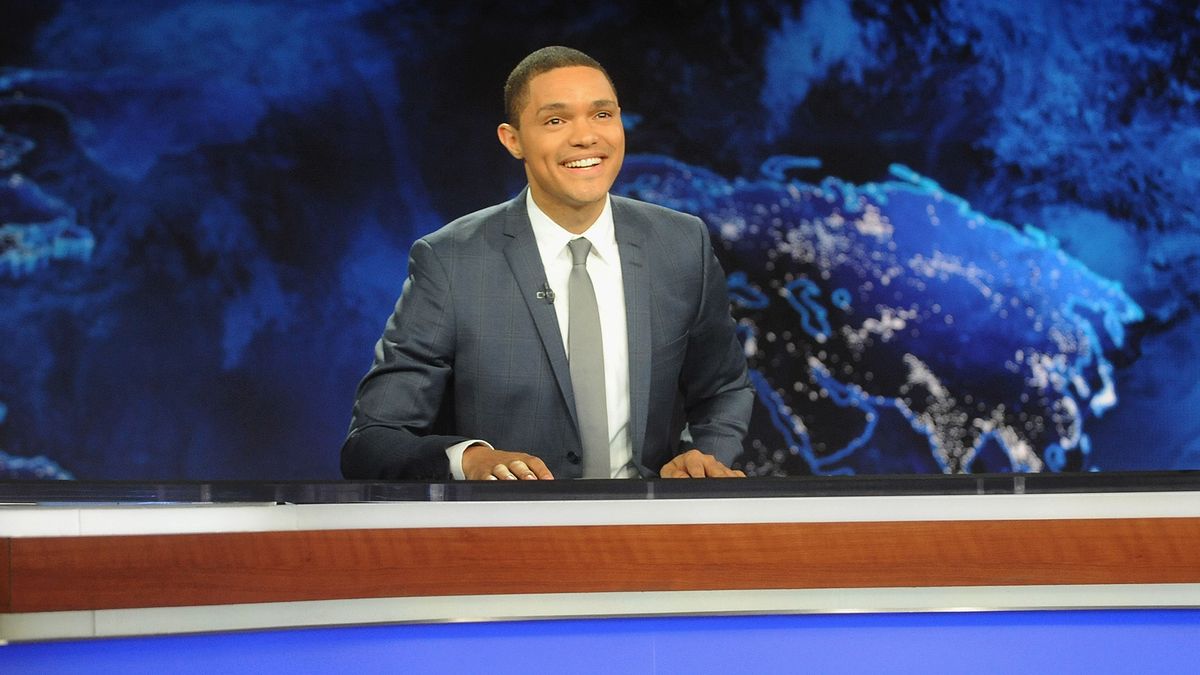 Every evening as the host of The Daily Show Trevor Noah brings a unique perspective to the analysis of American politics and pop culture, having been born and raised in a country where the legal system segregated people based on the color of their skin for more than 50 years.

Noah was born in Johannesburg, South Africa in 1984. With a Black mother and white Swiss father, he was, as he wrote in his bestselling 2016 autobiography, born a crime. Under apartheid laws, which officially governed South Africa between 1948 and 1994, race was the country’s defining cultural and legal factor. The Mixed Marriages Act of 1949 banned marriage between white people and people of color, while other laws enacted early in the regime prohibited people of different races from even living near one another.

While apartheid’s political grip was slowly weakening by the mid-1980s, Noah’s childhood was still shaped by the legal and cultural power it held over the country. His very existence was criminal, which meant that he spent his early years always in some kind of hiding, whether literal or in plain sight.

“My grandmother kept me locked in the house when I was staying with the family in Soweto,” he told NPR in 2016, referring to the town where he grew up, which to this day has a 99 percent Black population. “If the police did show up ... it was a constant game of hide-and-seek."

Even out in public, Noah’s experience was predicated on deception. When they walked around Soweto, his mother, Patricia, would often pretend to be a stranger, or at least someone other than his mother. As he told Parade, this was generally the only way for them to walk outside together without the authorities bothering his mother and arresting her for having a biracial child.

It didn’t help that his neighbors and other people in the community were often collaborators in the police state’s surveillance and strict enforcement of racial bigotry and segregation. 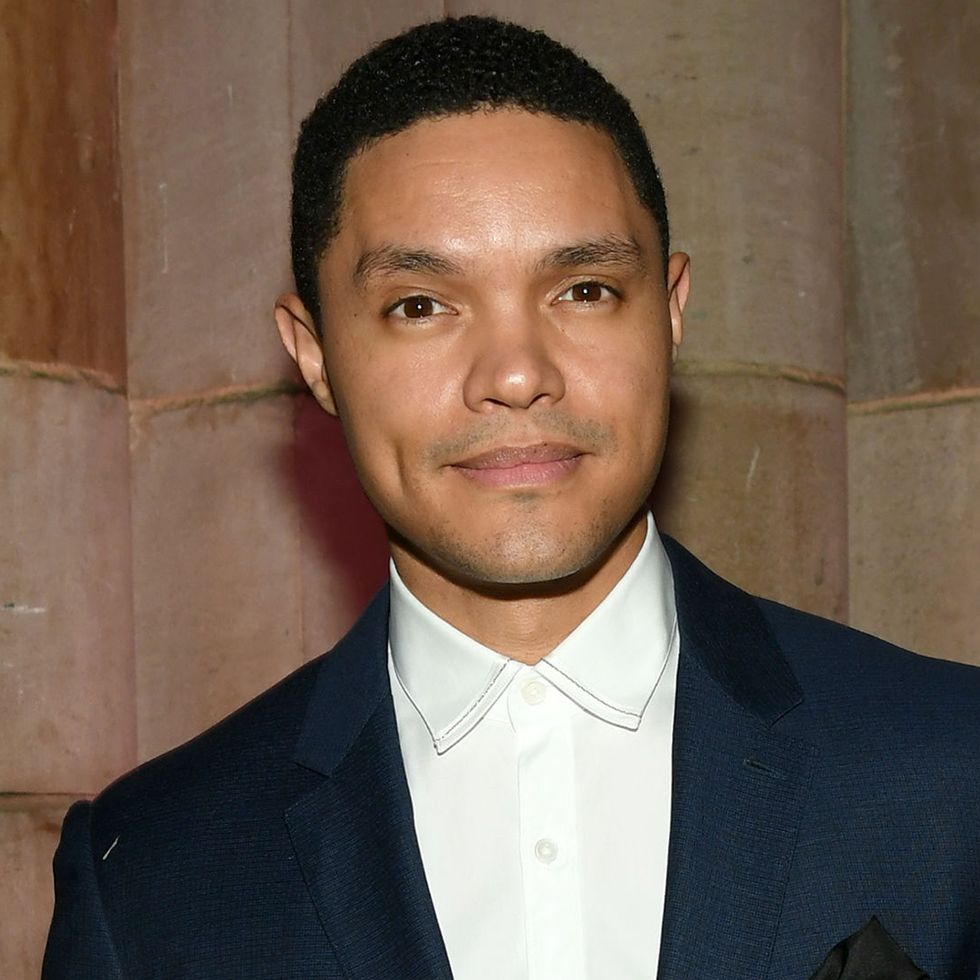 While Noah’s parents lived apart, his mother would sometimes visit his father at his apartment complex in a white neighborhood. Frequently, she would be caught doing so, which would result in her being sent away to prison for weeks at a time. The government didn’t bother notifying her family about these stints in jail, resulting in a life filled with even more fear and paranoia.

Thanks to the work of Nelson Mandela and generations of freedom fighters, South Africa’s apartheid regime collapsed in 1994. Noah was 10 years old at the time and ready to embrace a new kind of freedom. But for all the legal doors that the end of apartheid opened, attitudes took longer to change, and the economic inequality created by the nearly 50 years of segregation (and centuries of colonialism before it) meant that his struggles continued.

Most of his adolescence and early adulthood was spent on the streets of Alexandra, a place he refers to as “the hood” in his memoir. He didn’t have the money for college tuition, so he hustled for all the cash he could get — Noah DJ’d, sold counterfeit CDs, moved very probably stolen goods and kept on a treadmill of disaffection in a time of national transition. 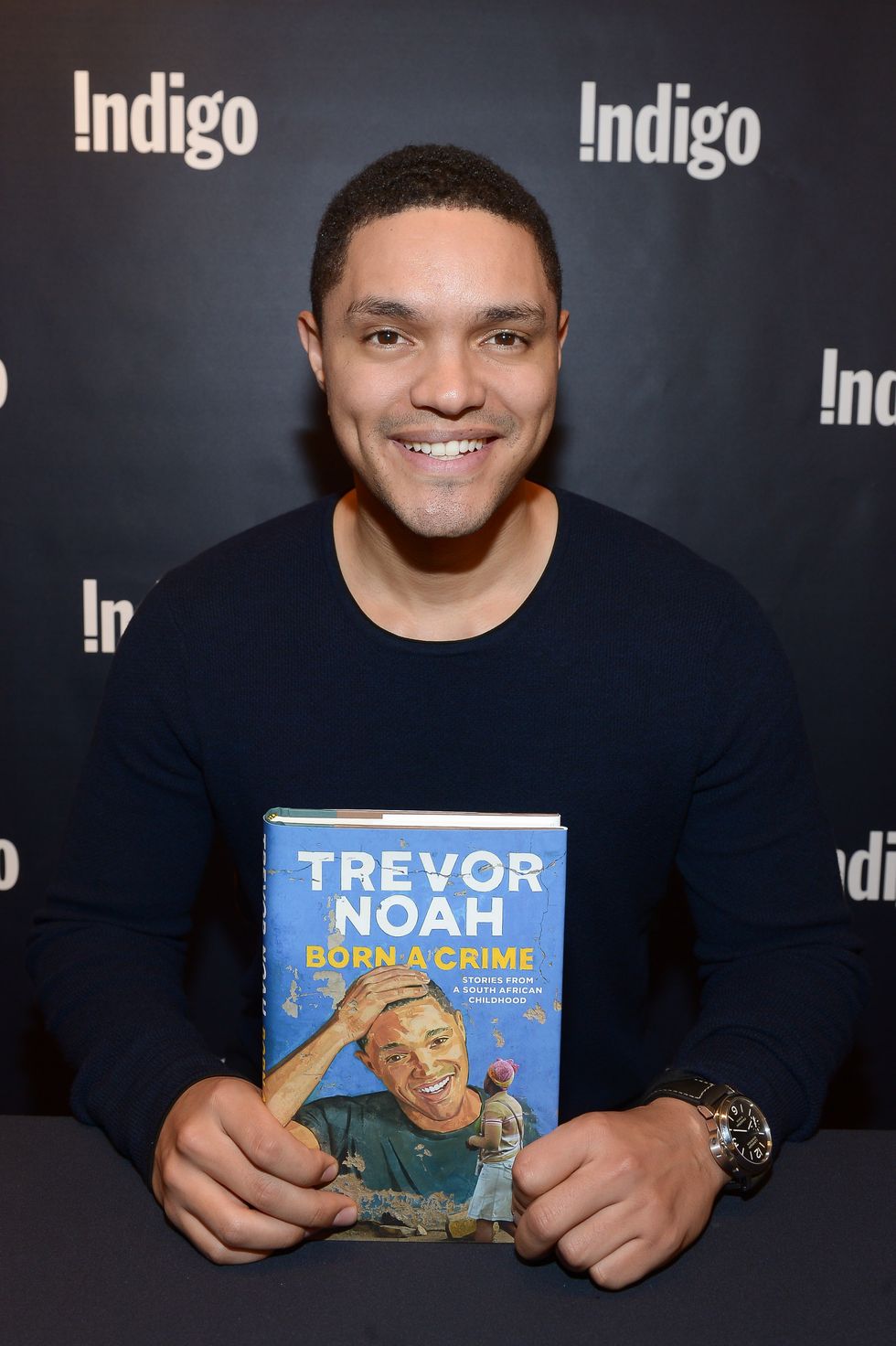 Noah credits his mother as the moral center of his life

Making matters worse, while his mother moved on to a new relationship, the man she married wound up being an abusive alcoholic. Things came to a head only after she left the stepfather in 2009, when the stepfather, jealous of her new engagement, shot Noah's mother in the back of the head. The bullet narrowly missed her brain, which spared her life. It was a devastating event, made worse by the fact that the stepfather then tried to hunt down Noah himself.

“I remember after the shooting, my mother was in the hospital, and all I felt was rage,” Noah recalled to Entertainment Weekly in 2017. “My mother said to me, ‘Don’t hate him for doing this, but rather pity him because he too is a victim, in his own way, of a world that has thrust upon him an idea of masculinity that he has subscribed to and is now a part of. As for myself, I do not wish to imbue myself with a hatred that only I will carry.’”

It took a while for him to understand what his mother was really saying, but he ultimately came around to the message. In fact, Noah credits his mother as the moral center of his life; she taught him how to be decent, how to be funny and how to combine those two in order to ascend to the heights he has now reached.

"I thought that I was the hero of my story, [but] in writing it I came to realize over time that my mom was the hero," Noah told NPR. "I was lucky enough to be in the shadow of a giant. My mom's magic dust sprinkled on me and I hope I have enough of it to be as brave as she was and continues to be."