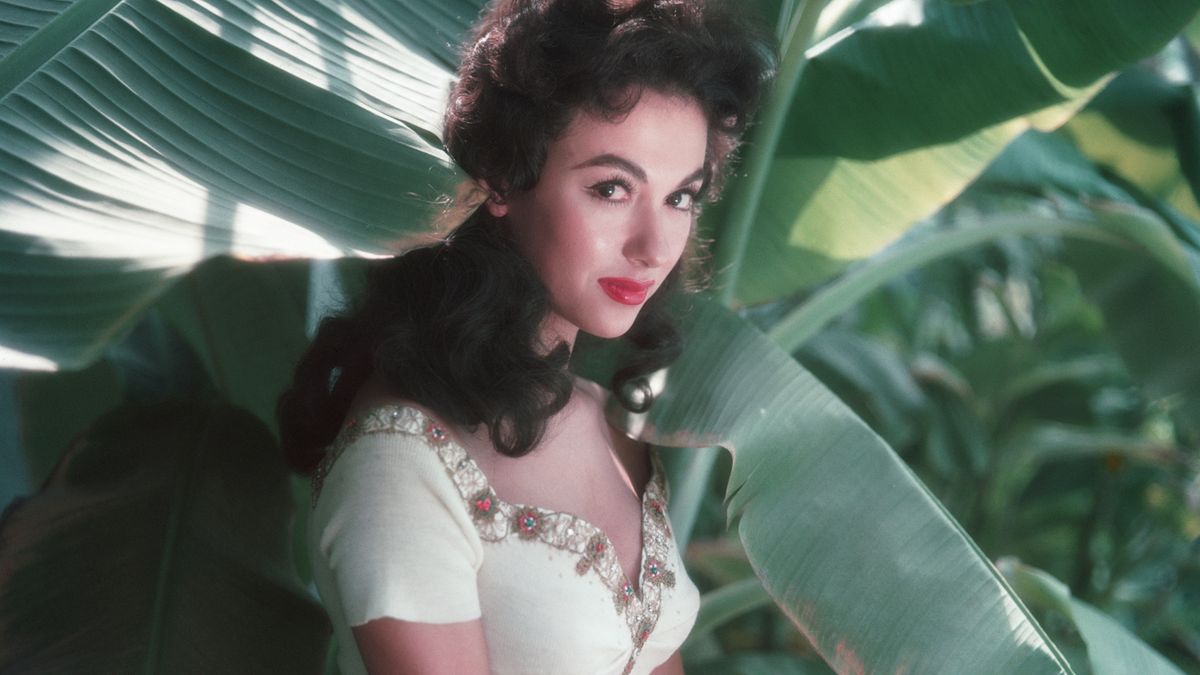 At first glance, Rita Moreno's career appears to consist of triumph after triumph. After moving from Puerto Rico to New York City when she was five, she was on Broadway at the age of 13 and on her way to Hollywood by the time she was 17. Being cast as Anita in 1961's West Side Story earned her an Academy Award, the first in a collection of laurels that would grow to include a Grammy, a Tony, two Emmys and a Peabody Award. Yet before playing Anita, Moreno had languished in Hollywood roles that relegated her to being a "resident utility ethnic." And her Oscar win didn't change this state of affairs, so Moreno refused to film movies for the next seven years because she wasn't willing to continue in demeaning roles.

As her career began, Moreno 'became the house ethnic'

A young Moreno (who started life as Rosa Dolores Alverio) knew she wanted to become an actress. With no Latina role model in Hollywood, she decided to emulate Elizabeth Taylor, an approach that helped her land a contract with MGM at the age of 17. However, Moreno soon discovered that Hollywood "didn’t know what to do with a Latina girl."

"I became the house ethnic," Moreno told NPR in 2013 about her early days in the movies. "And that meant I had to play anything that was not American. So I became this Gypsy girl, or I was a Polynesian girl, or I was an Egyptian girl." Another stock character she often appeared as was a Hispanic "spitfire" (a word she came to despise).

Though Moreno was, at least initially, happy to be working, this wasn't the career she'd hoped for. But she was sure she could do more — and that she'd get the opportunity to prove it: "I was determined that with perseverance and faith at some point someone would say, 'This girl has talent,' and would cast me in something meaningful."

There were some highlights in Moreno's pre-West Side Story career. Gene Kelly gave her the opportunity to play Zelda Zanders in Singin' in the Rain (1952). Zelda was a key role in the film, and wasn't an ethnic stereotype. Moreno was also featured on the cover of Life magazine in 1954, which led to a contract with Fox. While at that studio she was given the role of Tuptim in the film version of The King and I (1956), though Moreno knew she wasn't the best choice to play a Burmese character.

Yet most of the time Moreno continued to be consigned to one-note roles that made her "feel more and more and more diminished." As she explained in a 2014 interview, "[T]here's a way of being racially insulting to someone without ever using the bad words. You get bypassed. It is assumed that you can only speak with an accent."

In 1961, Moreno attempted suicide. Her troubled and tempestuous relationship with Marlon Brando was one reason she tried to end her life. But her seemingly "dead-end" career in Hollywood was another factor. 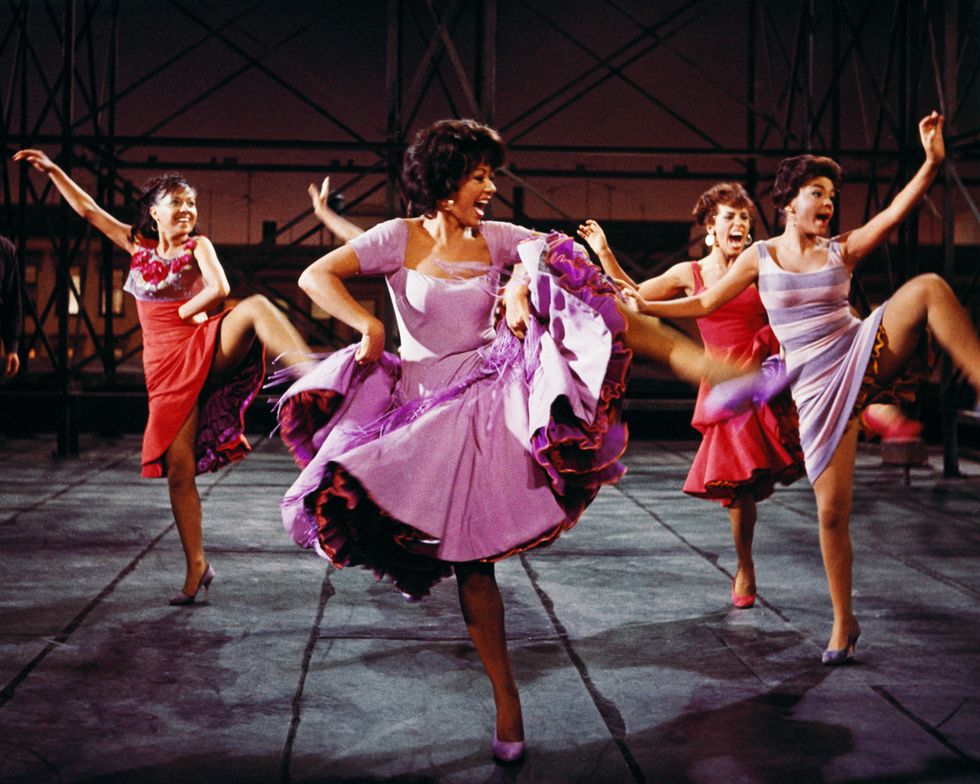 Moreno related to the struggles of Anita in 'West Side Story'

Fortunately, Moreno survived — and the determination she'd demonstrated for years finally paid off when she got the chance to audition for the film version of West Side Story. She was up for Anita, the passionate and brave girlfriend of gang leader Bernardo. Moreno worked on her dancing and was thrilled to land the part.

Filming had some problematic moments, as when the movie's Hispanic characters all had makeup applied to darken their skin to the same shade. Moreno pointed out that people in Puerto Rico had a variety of skin tones only to be accused of being racist. However, this didn't keep her from turning in a believable and nuanced performance in a role she could finally fully relate to. "I've been Anita," Moreno once declared. "I know this girl inside out."

West Side Story became a huge success, and Moreno was lauded for her accomplished portrayal of Anita. She won a Golden Globe Award and was surprised and delighted to receive an Academy Award. Moreno was the first Latina performer to win, making her an icon and role model for her community.

Playing Anita had a lasting impact on Moreno. "Anita was the very first Hispanic character I had ever played who had dignity, a sense of self-respect and was loving," Moreno told The Washington Post. "She became my role model." But success in the role didn't boost Moreno's film career as she had hoped.

Though Moreno had demonstrated her acting abilities and received her industry's highest honor, the offers she received post-Oscar win were for the same kind of stereotypical roles in low-quality movies that made up the bulk of her resumé. She decided to stand up for herself and refuse these parts. The end result: "I didn't do a film for seven years after West Side Story."

During this hiatus, Moreno kept working. She tackled roles onstage in London and New York City, appeared at nightclubs and took guest spots on television Westerns in order to pay the bills. Yet the experience wasn't easy. "It broke my heart," she admitted in 2018. "I couldn’t understand it. I still don’t understand. And there you have it, Hollywood's mindset at the time."

After her hiatus, Moreno set a new path for herself

Moreno was eventually seen in movies once more. With the help of ex Brando, she was cast as the female lead in The Night of the Following Day (1968). In 1969, she worked with Alan Arkin in Popi. And she appeared with Jack Nicholson in a "brilliantly written and dark scene" for 1971's Carnal Knowledge.

Since then, Moreno has continued to forge her own path. Despite being warned that acting in children's TV might limit her career, she starred in The Electric Company in the 1970s, which gave her the chance to help strengthen children's reading skills. And her career wasn't limited by this — she went on to series that include the prison drama Oz and a reworking of Norman Lear's One Day at a Time.

Unfortunately, Moreno still had to push back against expectations that she would play stereotypes. At one audition, upon learning which part the director had in mind for her, she informed him, "I'm sorry, but I don't do Mexican whorehouse madams." Her career is undeniably impressive — but she might have done even more had she regularly been considered for the kind of parts she merited.