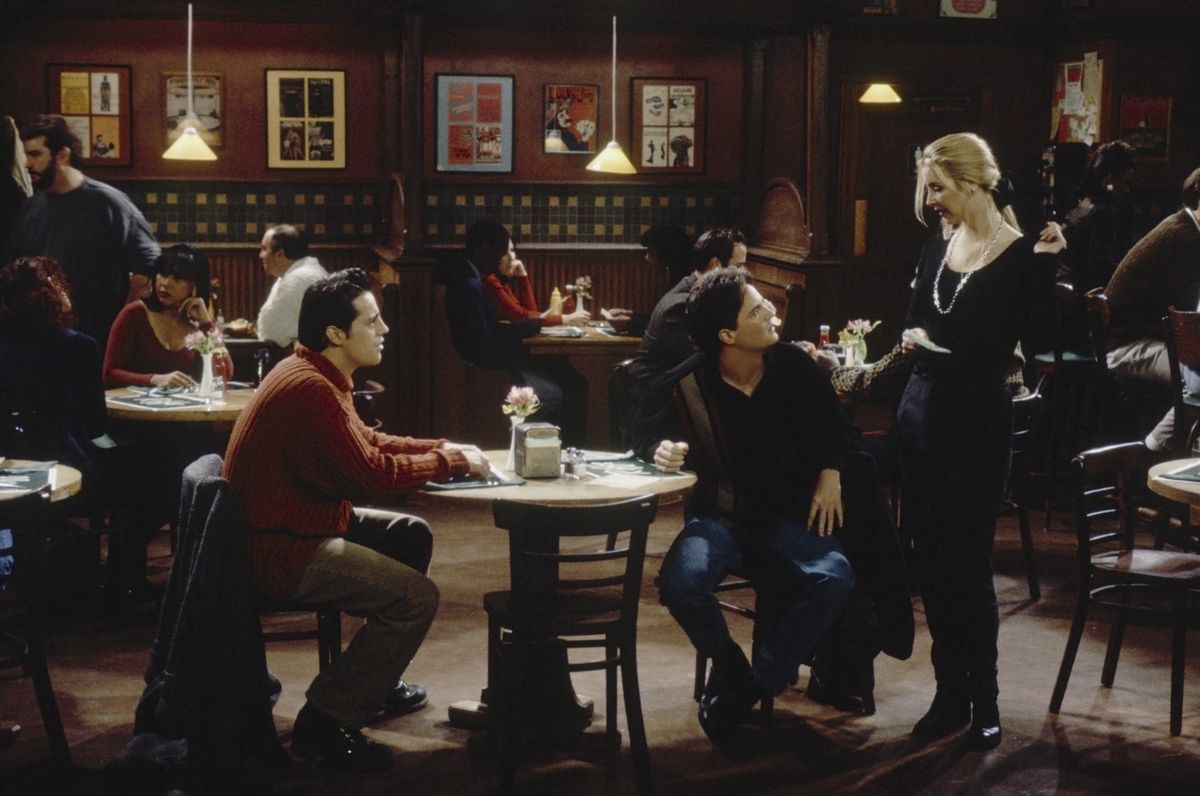 Long before Lisa Kudrow wove her way into the 1990s pop culture fabric as the flighty but lovable Phoebe Buffay on the sitcom Friends, she was already cracking audiences up with a recurring role in another comedy on the same network, Mad About You.

After making her debut on the show starring Paul Reiser and Helen Hunt in 1992, she ended up on 23 more episodes playing a ditzy waitress named Ursula Buffay from 1993 to 1999. That’s right, the role of Phoebe’s twin sister actually came before the Friends ever sat on the iconic burnt orange couch in Central Perk.

But with Kudrow’s comedy chops in such high demand, the show creators decided to “explain” the fact that the two characters shared the same face by turning them into identical twins across the shows. And fortunately, since both NBC sitcoms were set in New York City, the concept worked.

Growing up in Southern California, Kudrow was the youngest in a funny family. After graduating from Vassar College, she followed her dad’s footsteps as a researcher specializing in headaches.

But she couldn't shake the desire to perform so she joined the comedy group the Groundlings. “I learned so much from improvisation,” Kudrow told Interview magazine. “Fear wasn’t an option — or embarrassment. [Instructor Cynthia Szigeti] just made you do it. She dragged stuff out of you. If it’s ever possible to force someone to let go, she did it. That was one of the most important things that ever happened to me.”

She stopped working with her father and started supporting herself as an actress, but it wasn’t always easy. “I was starting to run out of money and [producer] Danny Jacobson from Mad About You called my agent at the last minute I think because I got a call in the morning from my agent saying… they'll give you a guest star credit. I don't think you should do it. You'd have to be there like in an hour,” she recalled in an Emmy Legends interview for the Television Academy.

But Kudrow was desperate, so even though the role at the time was just “Waitress” with a couple of lines, she hopped in her car. “I'm a trained improviser and I can think on my feet and that's fine, I can make choices fast,” she recalled. And along the way, she got into the right headspace. “I just remember driving down there going, ‘Alright so just listen and respond and make it funny.’”

It worked. “By the end of the week, Danny Jacobson said, ‘You're really funny’ and ‘Would you be okay if we wrote you into five more episodes?’” she said. “It was like, I don’t have to get a day job! I thought I would have to find some job somewhere in an office because I stopped working for my father.” 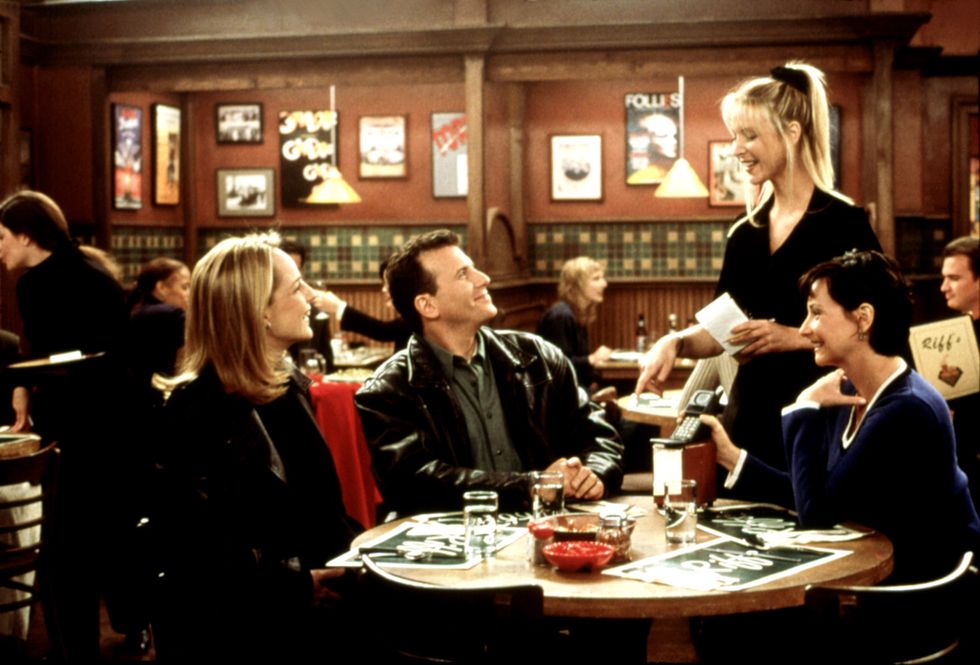 The role in 'Mad About You' led to her 'Friends' audition

The role of Ursula got the actress back on her feet, gave her the opportunity to show off her comedy chops on-screen and helped her to snag an audition for Friends. She ended up going through several rounds, where she had to do monologues and perform in a theater, but her prime focus along the way was not losing her role on Mad About You.

“I thought it was the best show on TV at the time,” she has said, raving about her waitress character who worked at Paul and Jamie’s favorite restaurant, Riff’s.

READ MORE: Friends Cast: Where Are They Now?

When the Friends pilot was picked up to go to series, she thankfully was able to do double duty. But then the schedule came out and the shows were on back to back. “When Friends got its time slot on Thursday night at 8:30 p.m. after Mad About You, everybody realized we needed some explanation for the audience — why are they seeing the same girl with the same voice at 8:00 and 8:30 on two different shows?” she said, according to Comedy Central UK.

Fortunately Friends co-creator David Crane had a direct connection to Mad About You — his husband Jeffrey Klarik was a writer there. The idea came about to make Phoebe and Ursula twin sisters so that there was a link. “We had to go to [Mad About You creators] Danny Jacobson and Paul Reiser to get their permission, and amazingly because of that relationship… they were incredibly generous and let us do it, which is nuts,” Crane told Entertainment Weekly. “I wouldn’t let anybody do that with a character on our show!”

Filming Friends scenes with both Phoebe and Ursula didn’t always go smoothly. “Lisa really did not have a good time doing them,” Friends executive producer Kevin S. Bright told EW. “She did not like acting with a double, and in a way she might have made it more difficult for herself because her double was her actual sister [Helena]. I think feeling the [stress] she put her sister into by being the double was more in her head at the time, so those scenes were a little bit tricky to shoot. But it ended up being a lot of fun when you put it together.”

The challenges paid off. Kudrow became the first person in the Friends cast to win an acting Emmy Award, taking home the supporting actress trophy in 1998. While Mad About You ended in 1999 (and came back in 2019 as a revival, but Kudrow wasn’t part of it ), Friends went on another five years.

And when she looks back on Phoebe, she realizes the profound effect the role had on her. “I merged the parts of me I could into that character but she taught me, she influenced me,” Kudrow told Rolling Stone. “I was much more sort of serious, uptight. She loosened me up!”