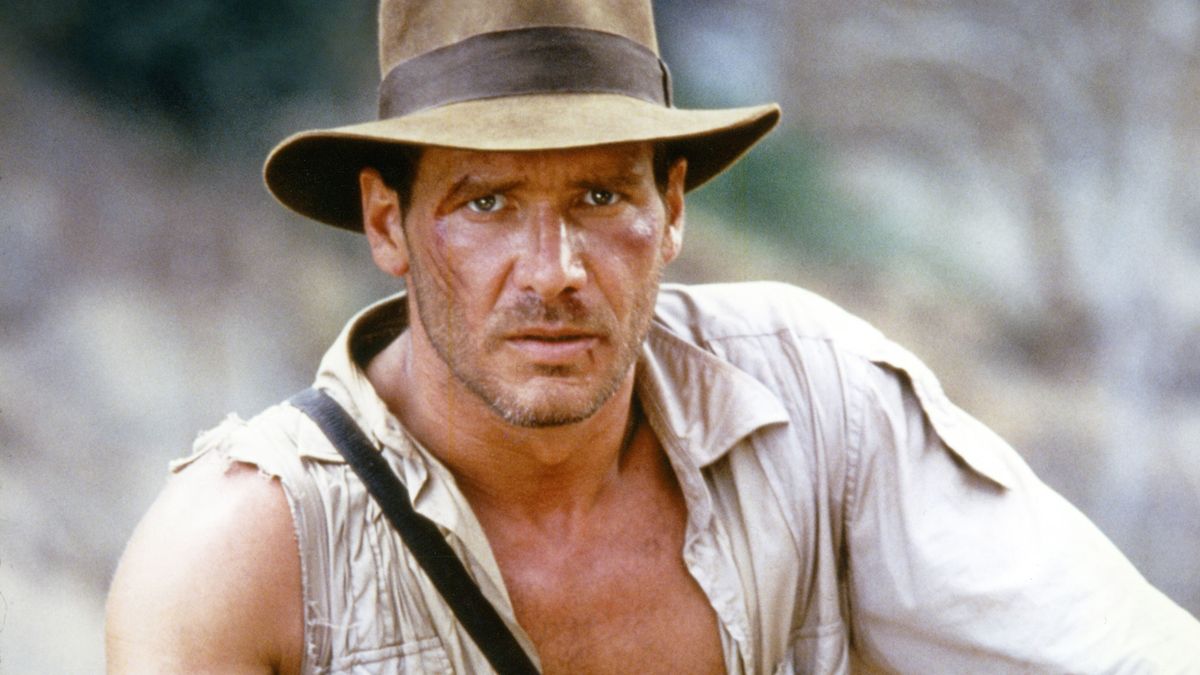 The summer of 1984 produced several enduring movies, among them Ghostbusters, Gremlins and Purple Rain. But none was more highly anticipated than Indiana Jones and The Temple of Doom starring Harrison Ford, the prequel to 1981’s box office champ, Raiders of the Lost Ark. “If adventure has a name, it must be Indiana Jones,” read the poster, and audiences were calling his name in droves when the second collaboration between director Steven Spielberg and producer George Lucas opened on May 23. Decades later, we reenter the temple to uncover a few tidbits about the classic yet controversial blockbuster.

The film begins with the jolliest scene in any of the four Indiana Jones sagas: a Mandarin rendition of “Anything Goes” segues into a beautifully choreographed pursuit of a diamond and an antidote, but then grows progressively darker, with chanting, child-enslaving cultists removing still-beating hearts. Why so much gloom in Doom? Lucas said it was because both filmmakers were going through rough patches on the domestic front as the movie was being made, and the stress bled into the work. Lucas was in the throes of a divorce from his wife Marcia Lou Griffin, one of the Oscar-winning film editors of Star Wars. Spielberg’s relationship woes eventually had a happier ending. He married actress Amy Irving in 1985 and the couple split as Indiana Jones and the Last Crusade was released in 1989. Two years later Spielberg wed Kate Capshaw, Doom’s Willie Scot.

The movie is based on a true story – kinda

The Thuggees, commanded by Mola Ram from the bowels of Pankot Palace, were in reality a highly organized group of assassins that crisscrossed India for hundreds of years, garroting victims with kerchiefs. The Guinness Book of World Records says Thuggees may have killed as many as two million people over 500 years, though most estimates are more conservative, a mere 50,000 or so. The “thugs” were the villains in the 1939 classic Gunga Din, which screenwriters Willard Huyck and Gloria Katz had in mind as they wrote the film. Displeased to see them resurrected, and affronted by other stereotypes, the government of India refused location shooting, so Sri Lanka was used instead.

The on-set animals were often unruly

Chilled monkey brains for dinner at the palace were less of a problem for Ford than the elephants he rode on, an activity that severely herniated his discs and led to a production shutdown while he recovered. An elephant also ate one of Capshaw’s dresses. And the 2,000 insects used for one creepy-crawly sequence often stowed away in the hair, clothes,and shoes of the cast and crew.

Many critics didn't love the movie

Produced for $28 million, the movie grossed a record-breaking $45.7 million in its first week of release. Temple of Doom was the third most successful movie of 1984, behind Beverly Hills Cop and Ghostbusters. Though it crept its way up to a respectable 84 “fresh” on Rotten Tomatoes, it was an uphill battle, as People magazine and many newspapers initially turned thumbs down, and Spielberg later said it had no “personal feeling” behind it.

Temple of Doom’s enduring legacy regards film ratings. Parents upset by the movie's irreverent humor and anarchic violence and the Spielberg-produced Gremlins had the ear of the Motion Picture Association of America, which in July 1984 instituted PG-13, a rating between PG and R. That August, Red Dawn was the first PG-13 release; Capshaw starred in the second, the sci-fi film Dreamscape.