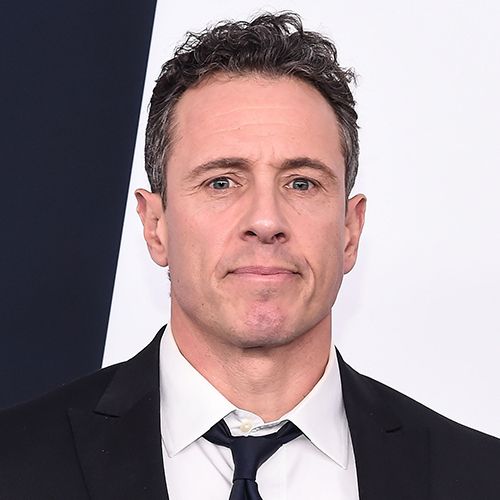 Who Is Chris Cuomo?

Chris Cuomo earned his law degree in 1995, then switched gears and pursued a career as a television journalist. Within a few years, he became the youngest correspondent ever at 20/20, before his turn as a news anchor on Good Morning America. Cuomo then made the leap to CNN in 2013 as co-host of the morning show New Day, before moving to a later shift with Cuomo Prime Time in 2018.

Cuomo was born on August 9, 1970, in Queens, New York. He grew up in Queens as the youngest of five children of Matilda and Mario Cuomo. His father was a Democratic politician; in 1982, when Chris was 12 years old, Mario was elected governor of New York. The family subsequently moved into the Governor's Mansion in Albany, where they remained until Mario Cuomo left office in 1994.

With his workaholic father often absent, Cuomo was raised mostly by his brother Andrew, who was 13 years his elder. When Chris left for Yale in 1988, his big brother was the one to drop him off at school. Eventually, Andrew followed in his dad's footsteps by being elected governor of New York in 2010.

After receiving his law degree from Fordham University in 1995, Cuomo went on to a lucrative career as a Wall Street lawyer, while becoming one of the most sought-after bachelors in New York. In 1997, People magazine included him on its "Most Beautiful People" list. W magazine then named him "New York's most eligible bachelor" after John F. Kennedy Jr. (who later advised Cuomo, "Don't worry, they'll always consider you to be the poor man's me, anyway.")

Despite the perks of his high-flying life, Cuomo found the law unsatisfying and decided to pursue work in journalism. Using his well-known name to his advantage, he was able to land a temporary gig on the CNBC show Equal Time in 1997. He then worked as Geraldo Rivera's co-host before securing a job as a reporter on the program Fox Files.

Inside the family, Cuomo's new choice of profession was greeted with some skepticism. To his father, journalism was a lesser form of public service. "My pop didn't want me to go into journalism," Cuomo recalled. "He used to say, 'Why do you just cover these things? Why don't you go out and do them?'" His brother Andrew was also skeptical, counseling his brother, "You got to decide what's more important: your personal celebrity or what you're able to do for other people."

Within a few years, however, the family had put aside their reservations. "No, he's my son, Christopher, and we're very proud of him, because he's gonna be the youngest correspondent ever at 20/20," Mario gushed to the crowd at a public event in 2000, just after the younger Cuomo was hired by ABC's flagship newsmagazine. Producers at the show hoped Chris could attract a younger audience for the venerable show. To that end, his first story for 20/20 focused on the manager of boy bands *NSYNC and the Backstreet Boys.

In 2006, Cuomo showed a more mature side as news anchor of ABC's Good Morning America, where he took on investigative projects and premiered a feature called "Cuomo's AmeriCANs," which put the spotlight on Americans making a difference in their local communities. In 2009, Cuomo was promoted to a more prominent role on 20/20, co-hosting alongside Elizabeth Vargas.

Making the jump to CNN in early 2013, Cuomo became co-host of its revamped morning program, New Day, in June. He found ways to stand out amid the crowded cable news personality landscape, particularly through his pointed criticism of Republican candidate-turned-president Donald Trump. Additionally, he hosted the five-part special series Headline on HLN in late 2017.

After a couple of trial runs, the host was handed the reins of a weekday 9 p.m. program, Cuomo Prime Time, in June 2018. The move was reportedly designed to reduce Anderson Cooper's prime-time show from two hours to one and counter sagging ratings.

Cuomo married Cristina Greeven, a magazine editor, in 2001. The couple has three children: daughters Bella and Carolina and son Mario.

In March 2020, as big brother Andrew was making headlines for his actions amid the rapid spread of the coronavirus in New York, Cuomo announced that he had tested positive for COVID-19. Two weeks later, he revealed that his wife was also battling the illness.