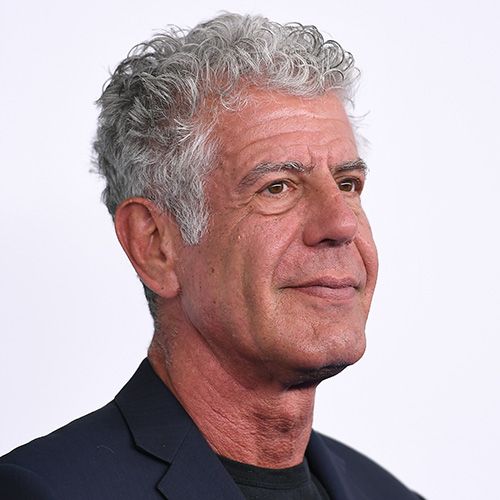 Who Was Anthony Bourdain?

Anthony Bourdain first established his culinary career when he became the executive chef at Brasserie Les Halles. After his article "Don’t Read Before Eating This" appeared in The New Yorker to raves in 1997, Bourdain moved from one high-profile culinary project to the next, including TV shows A Cook’s Tour and Anthony Bourdain: No Reservations. He also wrote several books, including Kitchen Confidential: Adventures in the Culinary Underbelly. Bourdain was found dead in his hotel room in France on June 8, 2018, from a reported suicide.

Born on June 25, 1956, in New York City, Anthony Bourdain was raised in suburban New Jersey, developing a devotion to literature and rock music. (His mother was a copy editor and his dad, a music executive.) Bourdain eventually attended Vassar College for two years and then graduated from the world-renowned Culinary Institute of America in 1978.

Later acknowledging self-destructive drug use during his youth, Bourdain soon began running the kitchens of New York restaurants such as the Supper Club, One Fifth Avenue and Sullivan's. He became executive chef at Brasserie Les Halles in 1998.

In 1997, The New Yorker published Bourdain's now famous article "Don’t Eat Before Reading This," a scathingly honest look at the inner workings of restaurants, specifically their kitchens. With his credibility as a renowned chef, the article carried much weight and led to other writing projects. In 2000, his bestselling book Kitchen Confidential: Adventures in the Culinary Underbelly, a vast expansion of the New Yorker article that highlighted Bourdain's sometimes rough disposition, came out to great popularity.

A Cook's Tour: Global Adventures in Extreme Cuisines, an account of exotic food and his travel exploits around the world, followed in 2001. The book was written in connection to his first TV series, A Cook’s Tour, which debuted a year later and aired until 2003.

In 2005, Bourdain premiered a new Travel Channel series, Anthony Bourdain: No Reservations, which explored similar themes as A Cook’s Tour. The show ran for nine seasons, ending in 2012, and enjoyed a wide audience while winning two Primetime Emmy Awards for its cinematography. Also in 2005, because of the huge popularity of Kitchen Confidential, Fox aired a short-lived sitcom based on the book. The character "Jack Bourdain" was loosely based on Anthony and was portrayed by then up-and-coming actor Bradley Cooper.

Bourdain also appeared as guest judge on the Top Chef reality cooking competition show several times, and was one of the main judges on the eighth season of Top Chef All-Stars.

Always up for a new experience, Bourdain appeared in an episode of reality show Miami Ink, on which he received a skull tattoo. He also had a brief cameo in the 2008 movie Far Cry and appeared on the children's TV show Yo Gabba Gabba! as Dr. Tony. He served as a writer and consultant for the series Treme as well.

Bourdain’s next book, Medium Raw: A Bloody Valentine to the World of Food and the People Who Cook, was released in 2010. He also published crime fiction as well as a 2001 historical account of Typhoid Mary and the 2013 graphic novel Get Jiro!

Bourdain returned to series television in 2013 with Anthony Bourdain: Parts Unknown, which again examined specific dining rituals across the globe. The show won four Emmys, with three consecutive wins from 2013-15 for Outstanding Informational Series or Special. In 2015, the culinary expert also announced the development of a giant food hall in Manhattan, New York, to be dubbed Bourdain Market.

Having been married previously for almost two decades, in 2007, Bourdain wed jujitsu expert Ottavia Busia. They became parents to daughter Ariane that year.

In September 2016, the couple announced their plans to divorce, citing that their decision was mutual and amicable. Bourdain subsequently developed a relationship with Italian actress and director Asia Argento.

Bourdain was found dead in his hotel room in Kaysersberg, France, on June 8, 2018, after committing suicide. He was in the area working on an episode of his Parts Unknown series.

"It is with extraordinary sadness we can confirm the death of our friend and colleague, Anthony Bourdain," CNN said in a statement. "His love of great adventure, new friends, fine food and drink and the remarkable stories of the world made him a unique storyteller. His talents never ceased to amaze us and we will miss him very much. Our thoughts and prayers are with his daughter and family at this incredibly difficult time."

Two weeks later, a toxicology report revealed that no narcotics were found in Bourdain's body. Around that time, it was announced that a biography of him was in the works. Described as "an authorized portrait of the writer, veteran chef and television traveler, built from stories shared by those who knew him best," the bio was scheduled to be edited by Bourdain's long-time assistant, Laurie Woolever, and published in the fall of 2019.

Continuing the posthumous recognition, the Television Academy Foundation announced that Parts Unknown had earned six nominations for the 70th Primetime Emmy Awards, to air on September 17, 2018.

In August, CNN said that Parts Unknown producers had enough material to deliver one final season of the show. Although only one episode would feature Bordain's narration, his voice would be heard throughout the series thanks to on-location audio of his trips to New York City's Lower East Side, the Texas-Mexico border area, Spain and Indonesia. A CNN executive said the penultimate episode would feature cast and crew members discussing their experiences on the show, with the finale focusing on "how Tony affected the world."