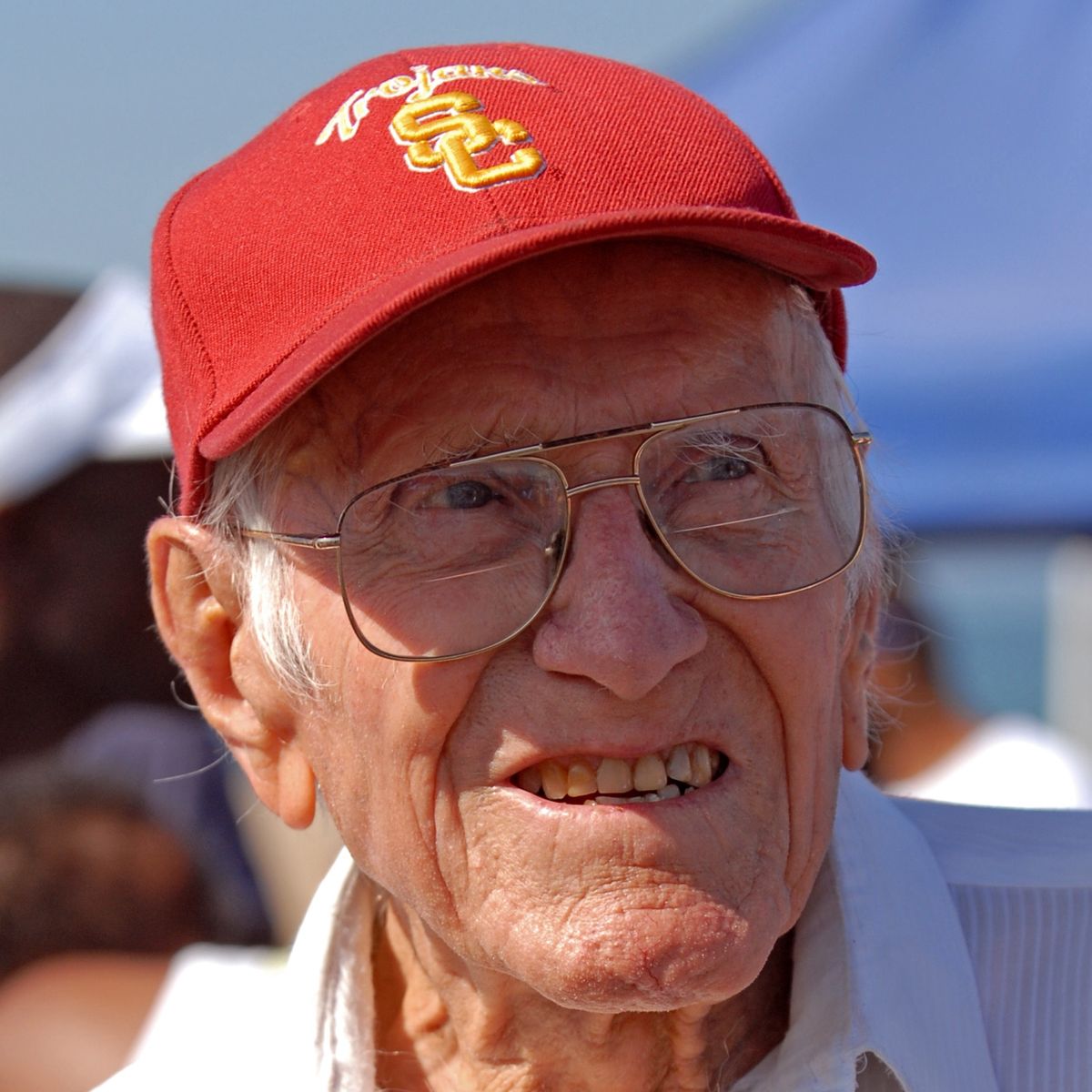 Who Was Louis Zamperini?

Louis Zamperini was a World War II veteran and Olympic distance runner. Zamperini competed in the 1936 Berlin Olympics and was set to compete again in the 1940 games in Tokyo, which were canceled when World War II broke out. A bombardier in the Army Air Corps, Zamperini was in a plane that went down, and when he arrived on shore in Japan 47 days later, he was taken as a prisoner of war and tortured for two years. After his release, Zamperini became an inspirational figure, and his life served as the basis for the 2014 biography Unbroken: A World War II Story of Survival, Resilience, and Redemption.

Louis Silvie Zamperini was born to Italian immigrant parents on January 26, 1917, in the town of Olean, New York. Growing up in Torrance, California, Zamperini ran track at Torrance High School and discovered that he had a talent for long-distance running.

In 1934, Zamperini set the national high school mile record, and his time of 4 minutes and 21.2 seconds would stand for an incredible 20 years. His track prowess also caught the attention of the University of Southern California, which he earned a scholarship to attend.

It wasn’t long before Zamperini was taking his love of track to the next level, and in 1936 he headed to New York City for the 5,000-meter Olympic trials. Held on Randall’s Island, the race pitted Zamperini against Don Lash, the world record holder in the event. The race ended in a dead heat between the two runners, and the finish was enough to qualify Zamperini for the 1936 Olympics in Berlin, while he was still a teenager.

Zamperini trained for only a few weeks in the 5,000 meters, and although he ran well (he finished his last lap in only 56 seconds), he didn’t medal, coming in eighth (to Lash’s 13th). During the overwhelming pageant that is the Olympics, the 19-year-old stood near Adolf Hitler’s box with his fellow athletes, seeking a photo of the Nazi leader. Looking back on the event, Zamperini said, “I was pretty naïve about world politics, and I thought he looked funny, like something out of a Laurel and Hardy film.”

In 1938, Zamperini was back setting records at the collegiate level, this time breaking the mile record of 4:08.3, a new mark that held for 15 years. Zamperini graduated from USC in 1940, a year that would have been the speedster’s next shot at Olympic gold, but World War II intervened.

With the outbreak of World War II, the 1940 Olympics were canceled, and Zamperini enlisted in the Army Air Corps. He ended up a bombardier on the B-24 Liberator, and in May 1943, Zamperini and a crew went out on a flight mission to search for a pilot whose plane had gone down. Out over the Pacific Ocean, Zamperini’s plane suffered mechanical failure and crashed into the ocean. Of the 11 men on board, only Zamperini and two other airmen survived the crash, but help was nowhere to be found, and the men were stranded on a raft together for 47 days. The month and a half at sea proved harrowing for the survivors, as they were subjected to the unrelenting sun, strafing runs by Japanese bombers, circling sharks and little drinking water. To survive, they collected rainwater and killed birds that happened to land on the raft.

One of the men died at sea before Zamperini and the plane’s pilot, Russell Allen "Phil" Phillips, finally washed ashore. They found themselves on a Pacific island 2,000 miles from the crash site and in enemy Japanese territory. While saved from the ocean, the men were soon taken as prisoners of war by the Japanese, beginning the next leg of their horrific experience.

In captivity across a series of prison camps, Zamperini and Phillips were separated and subjected to torture, both physical and psychological. They were beaten and starved, and Zamperini was singled out and abused repeatedly by a camp sergeant called the Bird, who would tear into fits of psychotic violence. Yet Zamperini, as a former Olympic athlete, was seen as a propaganda tool by the Japanese, a scenario that likely saved him from execution.

The captivity lasted for more than two years, during which time Zamperini was officially pronounced dead by the U.S. military. Zamperini was released only after the war ended in 1945, and he returned to the United States.

Scarred by his ordeal, upon his return home, Zamperini suffered from alcoholism, and he and his wife, Cynthia, came close to divorce. (They stayed married, though, for 54 years, until her death in 2001.) What brought Zamperini back from the brink was hearing a Billy Graham sermon in Los Angeles in 1949, a sermon that inspired Zamperini and began the healing process. 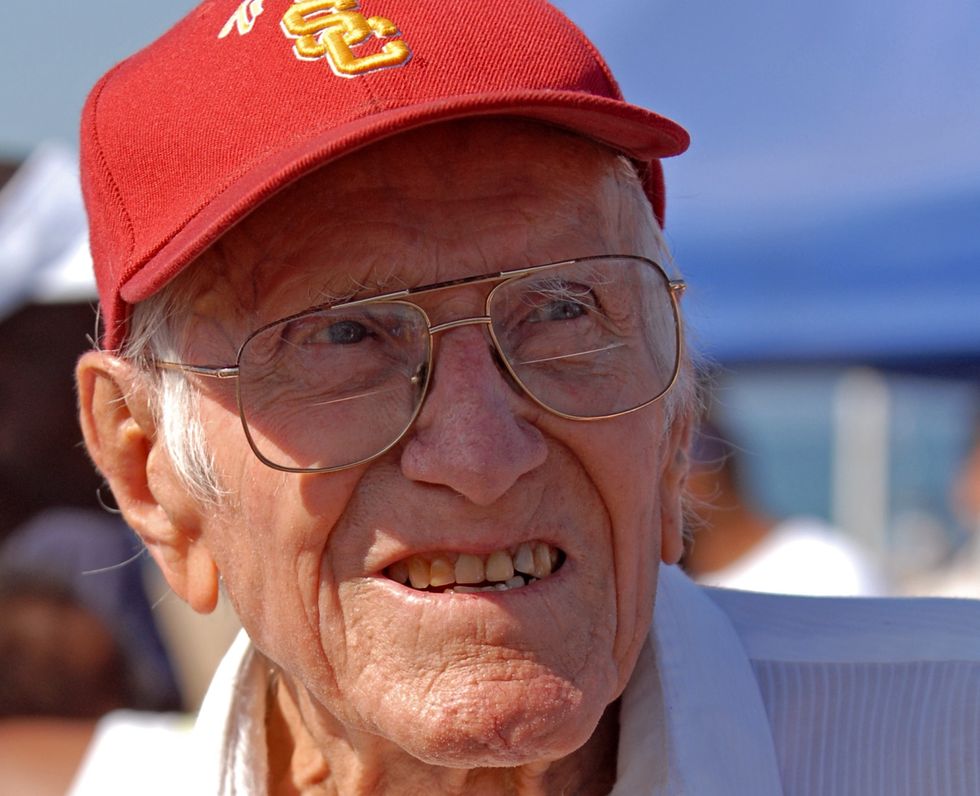 He went on to found a camp for troubled youth called Victory Boys Camp and forgave his Japanese tormenters. Some received Zamperini’s forgiveness in person in 1950, when he visited a Tokyo prison where they were serving war-crime sentences. In 1998, Zamperini returned to Japan once again to carry the torch at the Nagano Winter Games. He stated his intention to forgive the Bird, Mutsuhiro Watanabe, but Watanabe refused to meet with him.

Zamperini also went on to become a prominent inspirational speaker, and he wrote two memoirs, both titled Devil at My Heels (1956 and 2003). His life has inspired a recent biography as well, Laura Hillenbrand’s Unbroken: A World War II Story of Survival, Resilience, and Redemption. The book has also become the subject of a 2014 film, Unbroken, directed and produced by actress Angelina Jolie, as well as its 2018 sequel Unbroken: Path to Redemption.