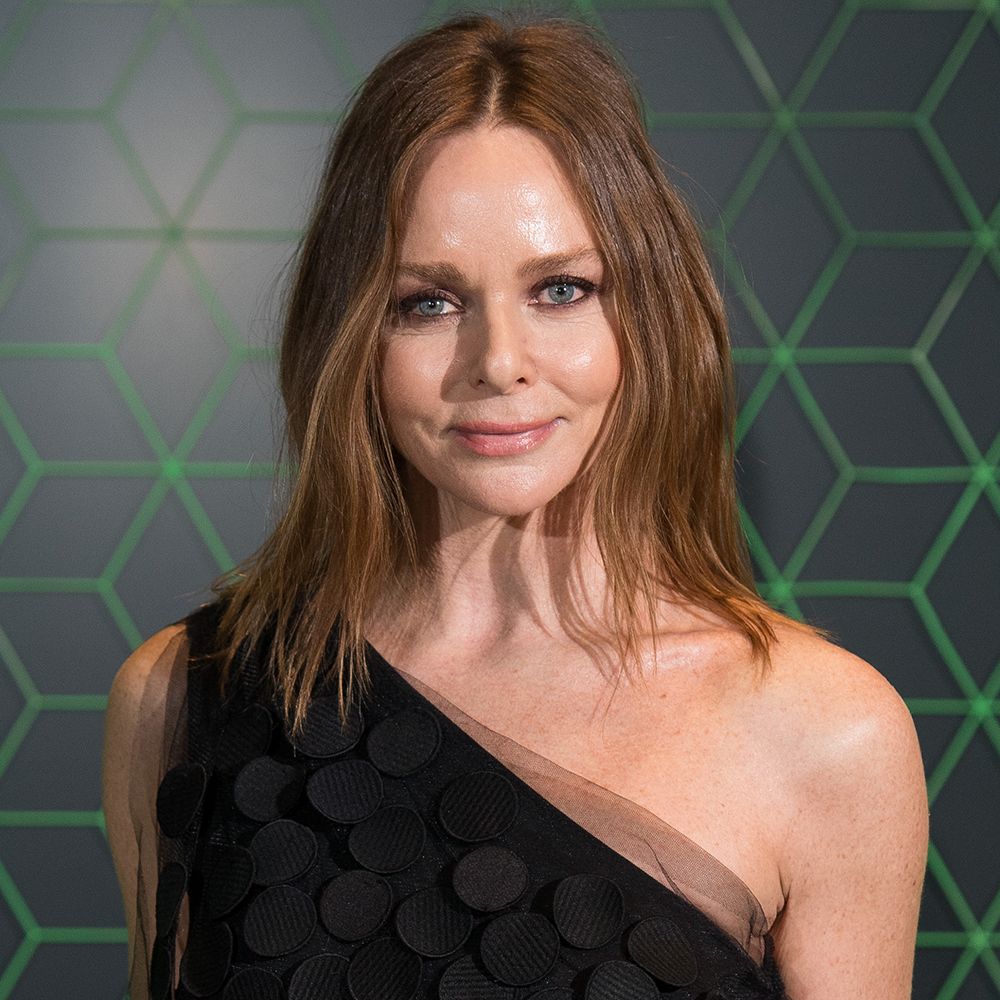 Who Is Stella McCartney?

One of the most well-known and outspoken fashion designers in the world, Stella McCartney launched her career in 1995 when friends and supermodels Naomi Campbell and Kate Moss modeled her clothes at her college graduation. She received the VH1/Vogue Designer of the Year Award in 2000. In 2012, McCartney designed the clothing for Great Britain's Olympic team.

Stella Nina McCartney was born on September 13, 1971 in London, England. She is second of three children born to ex-Beatle Paul McCartney and his late wife, Linda. While her birth shortly followed the break-up of the Beatles, her early years were greatly shaped by her father's intense recording and touring schedule. With her parents' new band, Wings, Stella and her siblings — her sister, Mary; brother, James; and half-sister, Heather, a daughter from Linda's first marriage — traveled around the world.

Following the demise of Wings, the family relocated to an organic farm in Sussex, where the McCartneys immersed themselves in country life, raising farm animals and growing vegetables. "I was brought up to understand that we are all here on planet Earth together," she told The Guardian in a 2009 profile.

Despite her family's celebrity profile, McCartney experienced a childhood that was remarkably normal. The family was close and the kids, all of them, attended local state schools.

In 1995, McCartney burst into the fashion world when she invited friends and supermodels Campbell and Moss to model a collection of her clothes at her graduation from London's Central St. Martins College of Art & Design. Two years later she was tapped to be head designer at the fashion house Chloe.

While critics said McCartney's name artificially accelerated her rise, McCartney quietly and quickly proved herself worthy of the appointment. Her creations catered successfully to the needs and desires of young women and her tenure at the company is generally regarded as a huge success.

In 2001, McCartney landed a joint venture with Gucci Group, which agreed to let the young designer have her own label. She has since gone on to launch a number of different products, from lingerie and eye care, to organic skincare and perfume.

Like her mother, Stella is a staunch vegetarian, and her clothes reflect that. Absent is the use of any leather or fur in her collections. Her hardened stance has even provoked her to criticize others who do use animal products in their work as "heartless."

In addition to Gucci, McCartney has teamed up with other companies, including H&M and Adidas. Working with Adidas, McCartney brought in to be creative director for Great Britain's 2012 Olympic team. Since then, she has sought out other interesting projects. McCartney launched her sustainable evening wear line, the Stella McCartney Green Carpet Collection, in 2014.

As she was as a child, McCartney has remained close to her family. She was extremely loyal to her mother before Linda's passing in 1998 from breast cancer and in recent years, in the wake of her father's tumultuous marriage to Heather Mills, she has not hidden her feelings.

Stella's relationship with Mills, whom her father divorced in 2008 after six years of marriage, was a firestorm. Mills and Paul went through an acrimonious split, with Mills accusing Paul of abusing Stella's mother. Stella, the most outspoken of all of Paul and Linda's kids, lambasted her father for marrying Mills in the first place.

Stella's own marriage and family life has been much calmer. In August 2003, McCartney married publisher Alasdhair Willis. The couple has four children together: sons Miller and Beckett and daughters Bailey and Reiley.

We strive for accuracy and fairness.If you see something that doesn't look right, contact us!