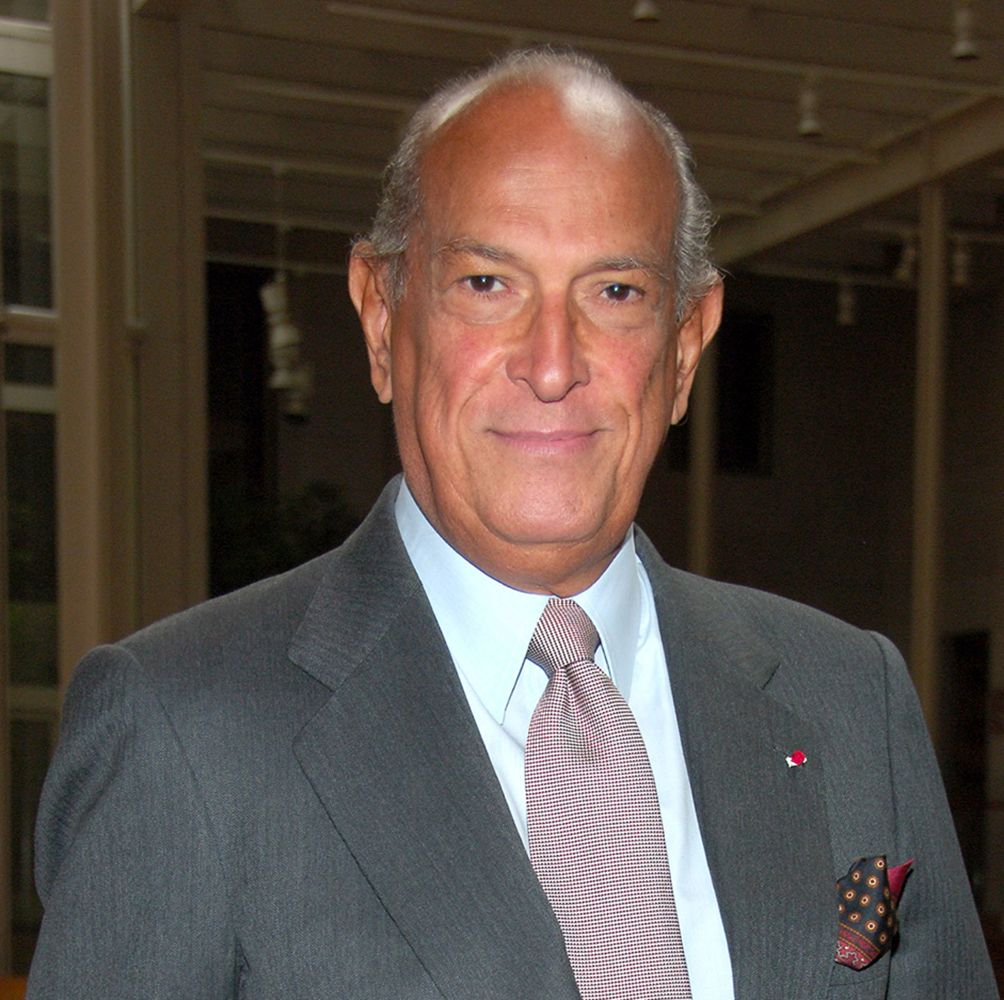 Who Was Oscar de la Renta?

At the age of 18, Oscar de la Renta left the Caribbean to study painting in Madrid. Enticed by fashion, he switched his focus and quickly became one of the most sought-after names in haute couture. His flattering and feminine pieces inspired women all around the world, and his attire adored several presidential first ladies.

Born on July 22, 1932, Oscar de la Renta was raised alongside six sisters in a middle-class household in Santo Domingo, Dominican Republic. At the age of 18, he left the Caribbean island to study painting at the Academy of San Fernando in Madrid. While in Spain, he dreamed of becoming an abstract painter but instead became wooed by the world of fashion design. His obvious talent for illustration opened doors for him, and he quickly landed an apprenticeship with Spain's most renowned couturier, Cristobal Balenciaga.

In 1961, while on vacation in Paris, he was hired for his first real fashion job at Lanvin-Castillo. Within two years, he had moved to New York and joined the American design house of Elizabeth Arden. Firm in his footing, he began his own signature ready-to-wear label in 1965.

De la Renta married Francoise de Langlade, an editor-in-chief of French Vogue, in 1967. Francoise introduced her husband to some of the most influential members of fashion society and invited many of the rich and famous to his shows. His line—identified by its delicate silk prints, use of ruffles, soft silhouettes and vibrant palette—soon became synonymous with casual luxury. Women of means couldn’t get enough of his distinctly modern yet romantic looks, and for those who couldn’t afford his gowns, he offered a scent. His first perfume debuted in 1977.

Respected by his contemporaries, de la Renta served as president of the Council of Fashion Designers of America from 1973 to 1976, and from 1986 to 1988.

De la Renta suffered a great tragedy when his wife Francoise died in 1983 of bone cancer. Shortly after her death, he adopted a son he found in an orphanage in his native country. De la Renta married for a second time in 1990, to philanthropist and socialite Annette Engelhard Reed.

While de la Renta expanded his lines and took them in a new direction in the 1990s, his pieces remained feminine and flattering. By the late '90s and early 2000s, his work became the preferred wear of American first ladies. He dressed first lady Nancy Reagan in the 1980s, and then provided the gowns for inaugural events for both Hillary Clinton in 1997 and Laura Bush in 2005.

Besides his passion for haute couture, de la Renta has been a tireless patron of the arts. At one time or another, he has served on the boards of The Metropolitan Opera, Carnegie Hall and Channel Thirteen/WNET. He also supports several cultural institutions, including New Yorkers for Children, the Americas Society and the Spanish Institute.

In 2002, de la Renta added his name to a whole new business venture: furniture. His 100 pieces for Century Furniture featured dining tables, upholstered chairs and couches. In 2004, despite the risk of lessening the value of his brand as a whole, he added a less expensive line of clothing called O Oscar. He said he wanted to attract new customers whom he could not reach before.

De la Renta had been diagnosed with cancer during the first decade of the 2000s. He died of complications from the disease on October 20, 2014, at the age of 82 in Kent, Connecticut.