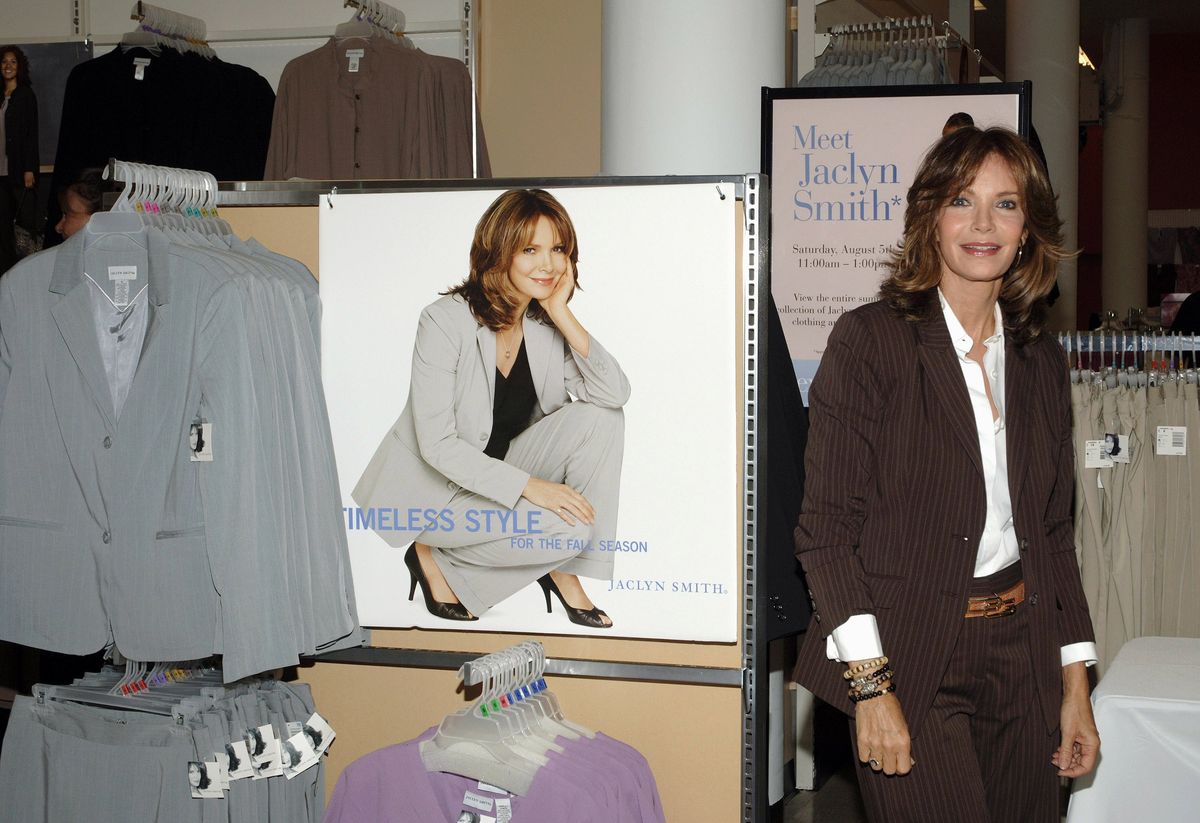 Today, movie stars, models, chefs and musicians are often brands first, artists second. Stars from Gwyneth Paltrow to Kanye West have begun diversifying their careers by branching off into other industries such as apparel, wellness and cosmetics. However, this practice was not always the norm, and these celebrities might not have been able to branch out if it wasn't for Jaclyn Smith, who first successfully made the switch from an actress to an entrepreneur in the early 1980s.

In the mid-1980s, Houston-born Smith was at a crossroads. Having shot to success as a Breck Shampoo girl, she had become a worldwide sensation as crime-fighter Kelly Garrett on the hit TV show Charlie’s Angels. From 1976-1981, Smith battled the bad guys on screen and secured a lucrative contract as the face of Max Factor.

But when the show ended in 1981, Smith, now a mom of two young children, began to look for ways to capitalize on her fame as an all-American beauty. She was soon approached by Kmart, which was the second-largest retailer in the United States at the time, who asked her to lend her name to a line of budget sportswear for women.

The backlash was immediate. Max Factor was not pleased with its star associating herself with a big box store. "Many people told me not to do it and I originally turned it down," Smith recalled to CBS. “I've always loved design. And I thought, ’Well, this is unknown terrain. But this is going to be a challenge, this is going to be fun.’ And on instinct, I changed my mind and said, ’This is something I want to do.’"

Smith negotiated new terms with Kmart, insisting on taking a real hand in the clothing design and construction. On August 1, 1985, the Jaclyn Smith Collection debuted at 1,400 Kmart stores across America. “They're aimed to appeal to working women from 18 to 49 and to reflect what Smith represents: a career woman, mother, sports enthusiast and homemaker,” the Chicago Tribune reported in March 1985. 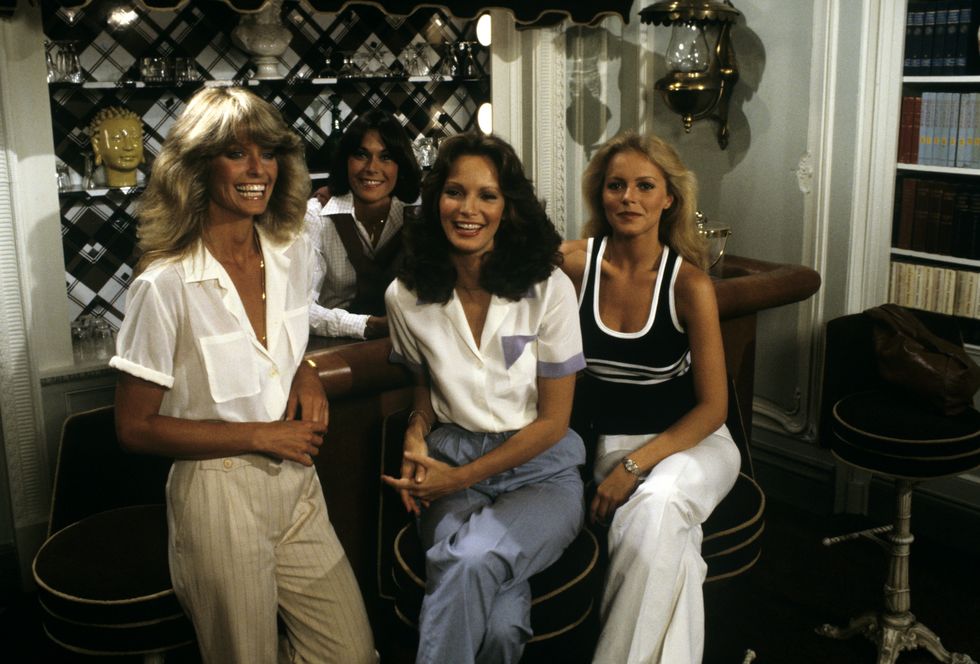 She often felt the need to defend her career choices

Hoping that the brand would represent “beauty, class and sensibility,” Smith jumped into promoting the clothing line, while often feeling the need to defend her choices to critics who felt she had devalued her career.

"Kmart uses such mass production that they are able to lower their prices. My hose, for instance, is made by the same factory, the same machines, the same threads as the hose made by four top designers," she told the Los Angeles Times in 1991. "If people want to be snobs and pay 10 times more, that's OK.”

But despite being regularly teased about selling out in the press, Smith took her line very seriously, recognizing its potential early. “All I can say about branding, if you do it for the paycheck, walk away – it doesn't work. It is the day-to-day details. It's becoming a part of that company,” she explained to CBS.

Smith expanded her brand beyond clothing

Smith was credited with elevating budget fashion, both in style and substance. She encouraged Kmart to source high-quality fabrics, and to use subtle colors like beige, cream and black instead of pastels and patterns, gambling that middle- and lower-class shoppers preferred elegant simplicity.

Not content with sportswear, Smith soon expanded her brand, branching into accessories, shoes, sunglasses and jewelry. In 2007, she launched her own fabric line with wholesalers Trend/Fabricut. The next year, she launched a bed, bath and decor line at Kmart, and home furnishings eventually followed. In 2010, STYLE by Jaclyn Smith, a skincare line developed with her husband Dr. Brad Allen, debuted. She also partnered with her good friend, hairstylist José Eber, to launch her own line of wigs. And in 2014, she launched an infant line at Kmart with her daughter, Spencer Margaret. 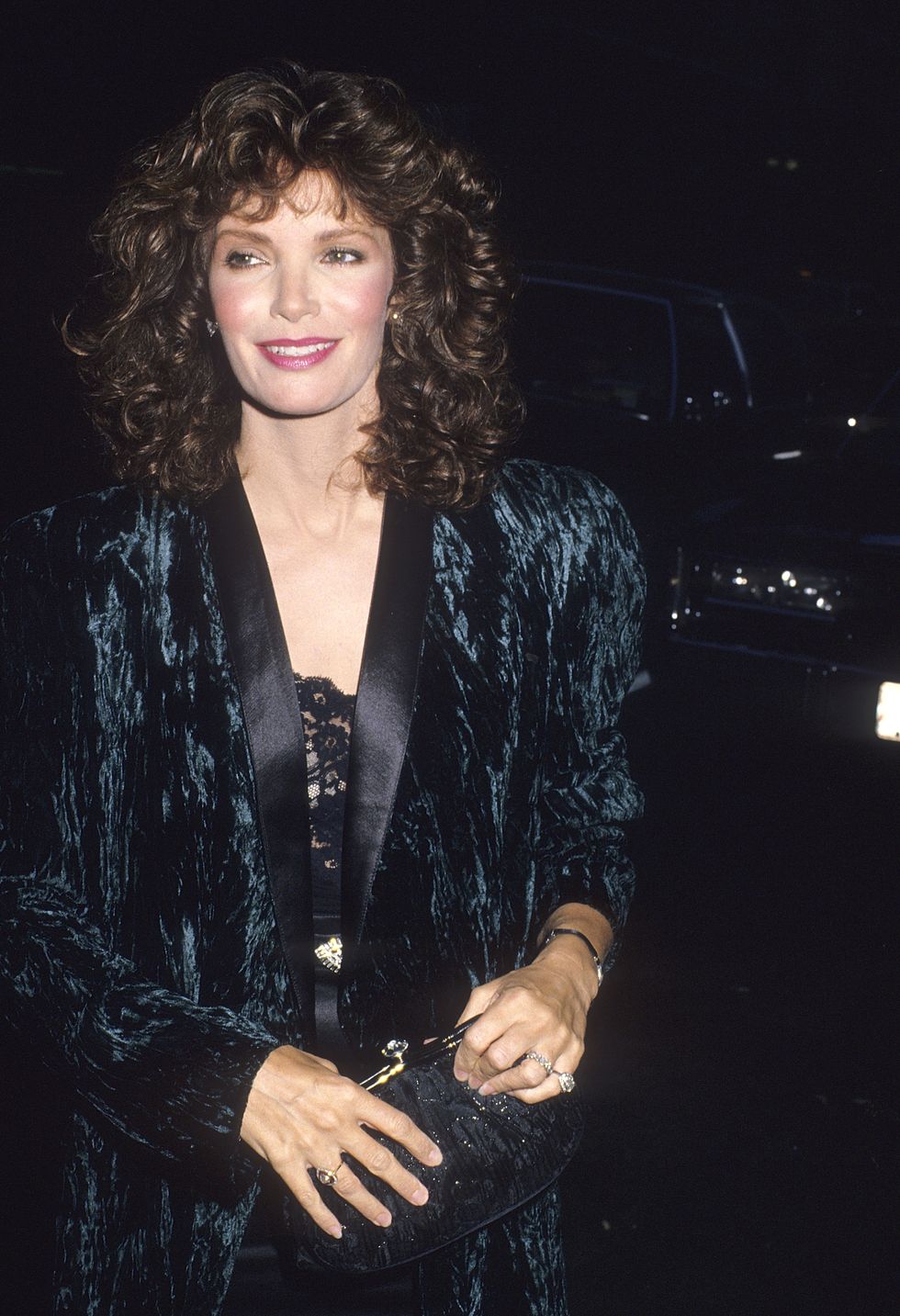 Smith, who paired her own items with Chanel and Prada, no longer felt the need to defend her business sense or success. In 2017, she sold 700,000 slinky tees in Kmart stores alone. "I can't believe how big it's grown," Smith told Express. "I started almost 30 years ago with just a small fashion line. Now it's a vast range of products. I owe it all to Charlie's Angels, which gave me the opportunity. I was the first actress who branded her own line at a time when everyone just lent their name to a product. Everyone said I shouldn't do it, but it was probably the best thing I've ever done.”

To date, 100 million women have purchased an item from a Jaclyn Smith line. And the former model has proven herself to be more than just the “queen of the mini-series."

"I work at my brands every day," she told Express. "I'm always thinking about new products, innovative designs, deciding on next season's colors, price points, what quantity to produce. I meet designers and manufacturers. It keeps me invigorated and challenged. ... I've loved acting but if I never played another role and just focused on my business, I'd be happy."