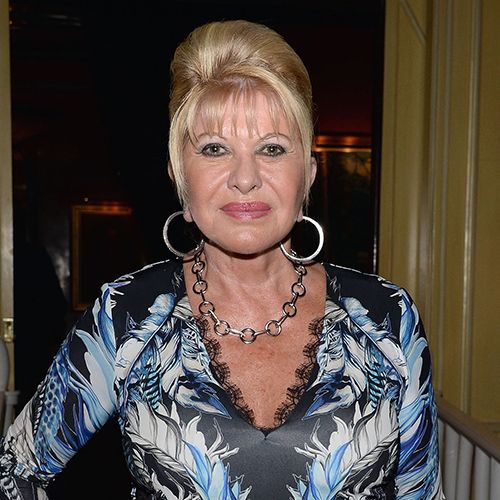 Who Is Ivana Trump?

Ivana Trump was a former model and ex-wife of President Donald Trump. She and Trump were part of New York City's social elite during the 1980s. The two split in 1990 and Ivana won a $20 million divorce settlement. She later published The Best Is Yet to Come: Coping With Divorce and Enjoying Life Again. In it, she advised divorcees to "take his wallet to the cleaners."

Ivana was born Ivana Marie Zelnícková on February 20, 1949, in Gottwaldov (now Zlín), Czechoslovakia (now the Czech Republic). Her athletic talents emerged at an early age. Ivana started skiing competitively at the age of six. At 12, she entered a national training program. During her teenage years, Ivana competed in tournaments throughout Europe. In 1967, she became a student at Charles University in Prague. Ivana continued to ski during college and stated she had been selected as an alternate for her country's ski team for the 1972 Olympics; however, her statement has been questioned for its legitimacy. Around this time, she married her first husband, Austrian skier Alfred Winklmayr. Their union only lasted a few years.

Eventually immigrating to Canada, Ivana spent some time working as a ski instructor before starting a modeling career in the 1970s. Her work eventually brought her to New York in 1976. During her time there, she met aspiring real estate mogul Trump.

After a whirlwind courtship, Ivana married Trump in 1977. The couple had three children together, Donald Jr., Ivanka and Eric. She became a fixture in the elite New York social scene during the 1980s. Ivana also worked within her husband's company, serving as an interior design consultant on several of his high-profile projects, including the Trump Tower in New York City and the Trump Plaza Hotel and Casino in Atlantic City. She held executive positions at the Plaza Hotel in New York and Trump's Castle Hotel and Casino for many years as well. 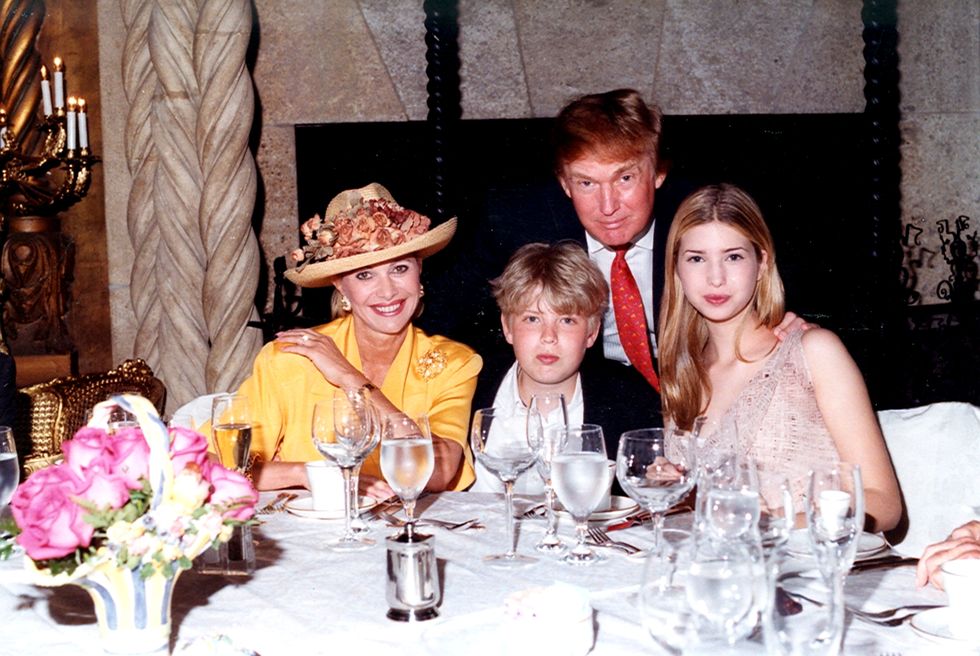 Ivana and Donald Trump with two of their children, Eric and Ivanka
Photo: Davidoff Studios/Getty Images

While clearly she was an asset to his business, Ivana had a stormy relationship with her husband. Trump's high-profile political deal-making and enthusiastic self-promotion kept their marriage in the public eye. Ivana separated from her husband in 1990 amid rumors of his affair with Marla Maples. After lengthy divorce proceedings, Ivana won a $20 million divorce settlement. This figure was remarkable because Trump's real estate empire was tottering on the edge of bankruptcy at the time.

After her divorce, Ivana began to reinvent herself. She wrote two novels, For Love Alone and Free to Love, in the early 1990s. Ivana also shared her life experiences in the successful self-help book The Best Is Yet to Come: Coping With Divorce and Enjoying Life Again (1995). In her book, she advised women divorcees to "get yourself a great settlement—and before you do, take his wallet to the cleaners." That same year, Ivana married wealthy Italian businessman Riccardo Mazzucchelli. The couple only lasted two years before separating in 1997.

In the late 1990s, Ivana created her own fashion company, Ivana Haute Couture, that manufactured clothes, fragrances and jewelry. She also started another company called Ivana Inc. to handle her public appearances and other media work, according to her official website. Trump had a cameo in the 1996 comedy The First Wives Club, starring Goldie Hawn, Diane Keaton and Bette Midler. In 2006, she had her own dating show, Ivana Young Man.

In April 2008, Ivana married Rossano Rubicondi. Ivana, 59, and Rubicondi, 36, dated for six years before they married in a lavish ceremony at Donald Trump's Palm Beach, Florida, estate. But this fourth trip down the aisle soon proved to be another short union. She announced their breakup that December. She blamed the split on the couple wanting to live in different cities.

Ivana returned to reality television in 2010 as a competitor on England's Celebrity Big Brother. The following year, she launched a new venture — a line of wines. She partnered with Legends Wines to sell her own collection of wines produced in California. Two years later, Ivana helped promote the work of artist Giovanni Perrone. She held an opening for him in New York City in May 2013.

Ivana Trump died on July 14, 2022 after going into cardiac arrest.