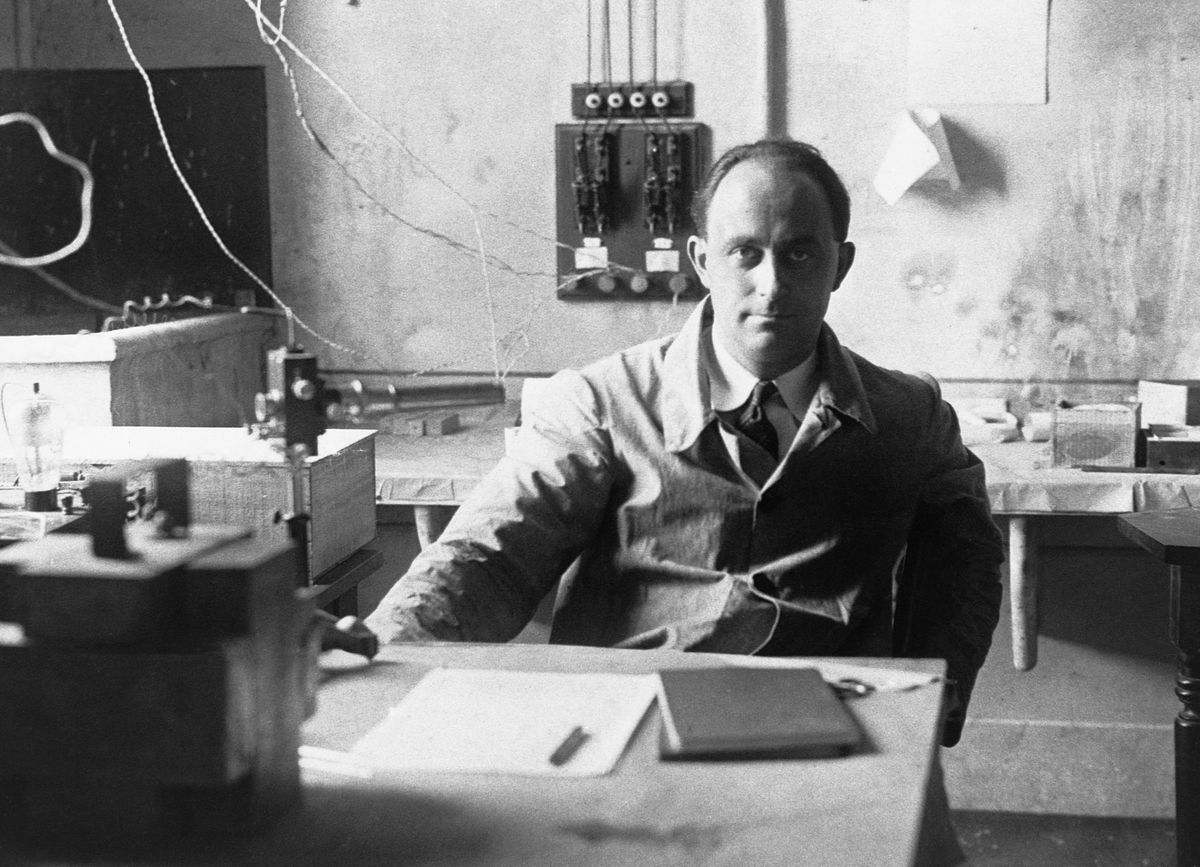 Since their large-scale influx from the homeland in the late 19th century, Italian Americans have rendered their distinct pattern on the cultural fabric with their food, fashions, expressions and mores.

Many have gone on to prominence in sports, academia and public service, overcoming perceptions of their limitations along the way, while a select few have even moved mountains while carving out their own trailblazing path for posterity. 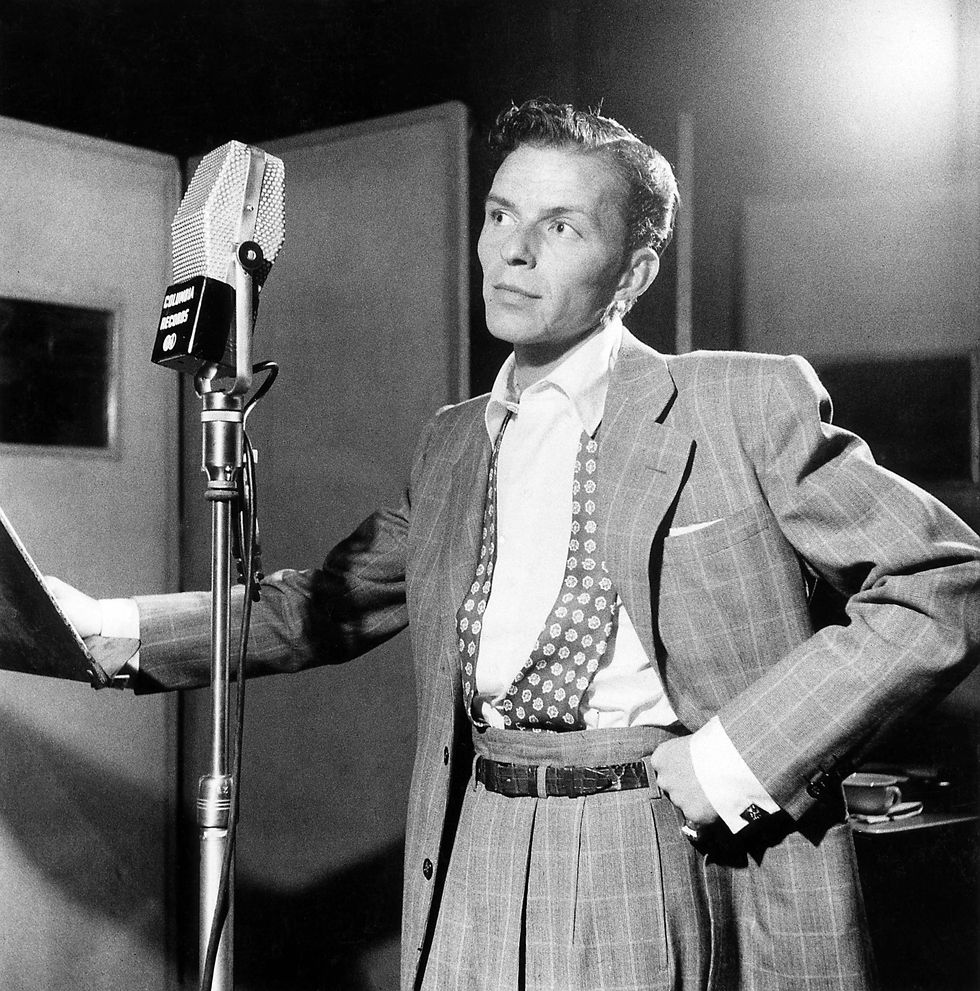 People may remember Frank Sinatra for hits like "My Way," his Oscar-winning performance in From Here to Eternity and his adventures with the Rat Pack. More than that, the proud son of Italian immigrants arguably did more than any other individual to shape the course of American entertainment and popular culture after World War II. He became the first bona fide teen idol, remaking classic songs with his distinct imprint, as well as the first singer to find sustained success on the big screen. By the time Ol' Blue Eyes formed his own record label in 1960, he also packed enough clout to help drive John F. Kennedy's presidential campaign. Altogether, the 150 million-plus records sold, 11 Grammy Awards and Presidential Medal of Freedom give an idea of his outsized impact over nearly 60 years in the public eye.

Born outside Milan in 1850, Francis Xavier Cabrini heeded the request of Pope Leo XIII and moved to the U.S. in the late 1880s to serve the millions of Italian immigrants who were flocking to its shores. She founded her first American orphanage in upstate New York in 1890 but refused to stay put, fielding calls to help the abandoned, sick and destitute across the country and around the world. Naturalized as a U.S. citizen in 1909, Mother Cabrini died in one of her own hospitals in Chicago eight years later, leaving behind a legacy of more than five dozen schools, orphanages and hospitals built. She became the first U.S. citizen to be canonized in 1946, fittingly finding her place in the firmament as the patron saint of immigrants.

While not facing the outright discrimination endured by African Americans, Italian American baseball players weathered their share of ethnically charged abuse in the early 20th century. Such stereotyping was apparent in a 1939 Life profile of Joe DiMaggio, which made sure to note that the New York Yankees star "never reeks of garlic." But DiMaggio was a ballplayer of extraordinary ability and dapper taste, and by 1941, when he reeled off his famous 56-game hitting streak, he had transcended his first-generation roots to become a hero to Americans of all stripes. Joltin' Joe wrapped up his career in 1951 with three MVP Awards and nine World Series titles with the Yanks, his iconic status cemented by a shout-out from Ernest Hemingway in The Old Man and the Sea and an A-list marriage to Marilyn Monroe.

In 1938, Enrico Fermi was awarded the Nobel Prize in Physics for his work on radioactivity and the discovery of new elements. But a career highlight for most was just the beginning for the University of Rome physicist who, after defecting to the U.S. to escape the regime of Benito Mussolini, oversaw the first controlled nuclear chain reaction in Chicago in December 1942. Less than two years later, he became prominently involved in the development of the atomic bomb as associate director of the secretive Manhattan Project. While Fermi had to wrestle with the ramifications of his work – he later argued against the creation of the hydrogen bomb on ethical grounds – his positive contributions are remembered through a slew of awards and his reputation as the architect of the nuclear age.

One could choose from a lengthy list of Italian-speaking racketeers who loom large in American culture, but it was Lucky Luciano who made the biggest imprint by establishing the template for modern organized crime in the States. Born Salvatore Lucania in Sicily in 1897, Luciano came of age in New York City's Lower East Side and put his talents to use for crime bosses Joe Masseria and Arnold Rothstein. After knocking off the previous generation's "Mustache Petes" who ran the Mafia, Luciano brought together the New York City, Chicago and Buffalo syndicates under the umbrella of "The Commission" to ensure peace and prosperity between competing factions. The high times came crashing down when Luciano was convicted of prostitution charges in 1936, but he still possessed enough of a lucky touch to earn a commuted sentence for assisting the U.S. government during World War II.

If Luciano created the blueprint for organized crime, then Mario Puzo is responsible for igniting the public's love affair with the subject thanks to the 1969 publication of The Godfather. Raised in the gritty Manhattan neighborhood of Hell's Kitchen, Puzo saw plenty of tough guys run the streets but had no personal experience with gang activity. Nevertheless, his story of the Corleone family landed on the New York Times best-seller list for 67 weeks, before he found even greater fame by teaming with Francis Ford Coppola to pen the Academy Award-winning screenplays for the first two Godfather films. Puzo also earned script credits for Superman and Superman II and authored more than a dozen books altogether, but he remains best known for the work that introduced Old World terms like 'consigliere' and 'omertà' to the English-speaking masses.

READ MORE: The True Stories Behind The Godfather

The only individual to lead modern-day operations of two of the Big Three American automakers, Lee Iacocca followed a classic rags-to-riches storyline to become one of the most celebrated executives of his era. Born Lido Iacocca to a hot dog vendor who was decimated by the Great Depression, he took an engineering degree to a sales position with Ford and, after introducing the wildly popular Mustang in 1964, became president of the company six years later. Fired by chairman Henry Ford II in 1978, Iacocca embarked on an equally impressive second act by taking over as CEO of the floundering Chrysler Corporation, his grandfatherly visage filling the role of commercial pitchman as he dug the company out of debt and cemented his standing as what one writer described as "the nation's economic Winston Churchill."

A schoolteacher turned criminal prosecutor and congresswoman from Queens, Geraldine Ferraro entered the limelight in 1984 by joining Democratic presidential hopeful Walter Mondale to become the first woman and Italian American to earn the vice-presidential nomination on a major party ticket. But her time as a political power player was short-lived. Mondale was soundly defeated by incumbent Ronald Reagan that fall, and Ferraro's later attempts to run for the Senate fizzled. Nevertheless, the difficulty of her attempt to crack the glass ceiling became even more apparent in the years that followed, as it would be another quarter-century before Alaska Governor Sarah Palin followed as the second woman to earn a major party vice-presidential nod.

In 1981, nearly 40 years before he became a ubiquitous media presence during the onset of COVID-19, Dr. Anthony Fauci of the National Institute of Allergy and Infectious Diseases learned of a strange new sickness within the gay community. He plunged himself into the research of HIV/AIDS despite a lack of bureaucratic support, taking the important step of allowing dying patients to try experimental drugs that were still being tested in trials. Later, after effective but costly therapies had been developed, he spearheaded the President's Emergency Plan for AIDS Relief under Bush to bring treatments to developing countries. While there remains no cure, Dr. Fauci's work has transformed the outlook for millions afflicted with what was once akin to a death sentence.

The first Italian American named to the United States Supreme Court, Antonin Scalia was a giant of the conservative movement that took shape during the Reagan administration. Scalia changed history by the very nature of his position, from his vote to end the 2000 presidential recount that handed the election to George W. Bush to his determination that the Second Amendment protected an individual's right to bear arms. He also made his mark as a champion of originalism, his biting arguments and dissensions drawing laughter as often as they raised the ire of colleagues. Even in death, the larger-than-life justice continued to move the cultural needle, with Senate Majority Leader Mitch McConnell famously refusing to fill his seat until the election of Republican President Donald Trump.