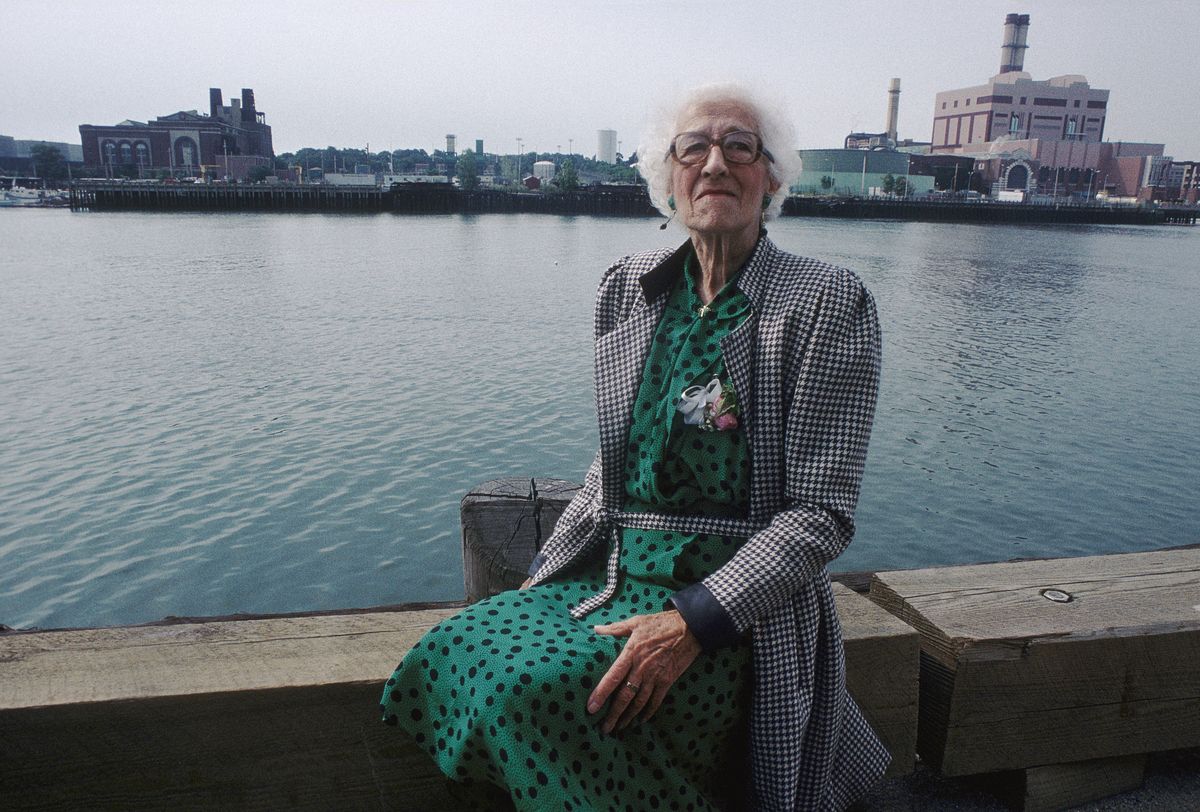 Who Was Millvina Dean?

Millvina Dean was only nine weeks old when she rode on the RMS Titanic with her parents and brother. When the ship hit an iceberg and sank, she became its youngest survivor. In later years, she participated in Titanic-related events after the wreckage was discovered. She died at 97, also becoming the last survivor of the sinking.

Elizabeth Gladys Dean was born February 2, 1912, in London. Her parents, Bertram and Georgetta (Ettie), decided to emigrate to Wichita, Kansas, where her father had family and friends and where they hoped to open a tobacco shop.

The Deans, including Millvina's older brother Bertram (born in 1910), was originally booked on another White Star liner, possibly the Adriatic. But due to a coal strike, they were offered passage on the maiden voyage of the much heralded luxury liner the Titanic. They boarded as third-class passengers at Southampton and set sail on April 10, 1912.

On the night of April 14, while sailing south of the Grand Banks of Newfoundland, Millvina's mother and father felt the ship's collision with an iceberg. Her father left the cabin to investigate and soon returned, telling his wife to dress their sleeping children and go up on deck.

Millvina, her mother and brother were placed in Lifeboat 10 and were among the first steerage passengers to escape the sinking liner. After their boat drifted in the water for some time, the survivors were rescued and taken aboard the Carpathia, a ship that answered the Titanic's distress call. They arrived safely in New York City on April 18.

Later it would be discovered that 705 people survived the disaster. Millvina's father, however, the 25-year-old Bertram Frank Dean, was one of the 1,500 who perished. Like many of the men aboard, he stayed on the ship and died when it sank early the following morning. His body, if recovered, was never identified.

At first, Millvina's mother, wanted to go on to Kansas and fulfill her husband's wish of a new life in America. But with no husband and two small children to care for, she decided to go home. After two weeks in a New York hospital, Millvina, her mother, and brother, returned to England aboard the Adriatic.

As a baby who had survived the Titanic sinking, Millvina attracted a lot of attention aboard the Adriatic. Passengers lined up to hold her, and many took photographs of her, her mother and brother, several of which were published in newspapers.

"[She] was the pet of the liner during the voyage, and so keen was the rivalry between women to nurse this lovable mite of humanity that one of the officers decreed that first and second class passengers might hold her in turn for no more than 10 minutes," the Daily Mirror reported on May 12, 1912.

Life After the Wreck

Millvina and her brother were raised and educated largely with funds from charity organizations dedicated to Titanic survivors. It was not until she was 8 years old, and her mother was planning to remarry, that Dean found out she had been a passenger on the Titanic.

Millvina never married. She worked for the British government during World War II by drawing maps. Later Dean worked in the purchasing department of a Southampton engineering firm until she retired in 1972.

Dean has achieved a level of fame from her association with the storied shipwreck. For years, she shied away from the attention, but in her later years embraced her part in the story of the Titanic. Dean traveled extensively to attend Titanic related events. And she proved that she had no fear of the sea in 1997, when she was invited to cross the Atlantic on another famous vessel, the Queen Elizabeth 2.

Also that year, James Cameron released his Academy Award-winning film on the 1912 sinking, starring Leonardo Di Caprio and Kate Winslet. But given that her father had died in the disaster, Millvina Dean reportedly never saw the movie in its entirety.

Memories of the Titanic

With the pain of her father's death still fresh in her mind at age 95, Millvina openly criticized the BBC for "poking fun" at the Titanic tragedy during a Doctor Who Christmas special in December 2007. "The Titanic was a tragedy which tore so many families apart," she said from her nursing home. "I lost my father and he lies on that wreck. I think it is disrespectful to make entertainment of such a tragedy."

Millvina became the last living survivor on October 16, 2007, when Barbara West Dainton of Truro, England, died at age 96. The last American survivor, Lillian Gertrud Asplund, died in Massachusetts on May 6, 2006, at age 99.

Millvina Dean, the last survivor of the Titanic died on May 31, 2009 at the age of 97 at a nursing home near Southampton, England. Coincidently, the day of her passing was the 98th anniversary of the launch of the Titanic's hull on May 31, 1911.