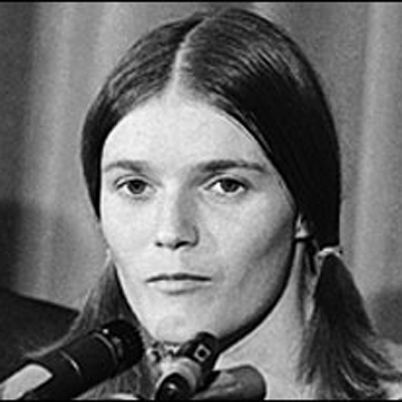 Who Is Linda Kasabian?

Linda Kasabian was a 20-year-old hippie with a young daughter when she met Charles Manson and moved to his desert ranch in July 1969. On August 8, 1969, Kasabian and other Manson followers went to a house in the hills of Hollywood to murder the occupants, but Kasabian never went into the residence. She listened in horror as the murders occurred, and fled the Manson "Family" a few days later. When Manson's Family went to trial in 1970, Kasabian was the prosecution's main witness and escaped prosecution.

Linda Kasabian was born on June 21, 1949, in Biddeford, Maine. Kasabian moved to Los Angeles in 1968, and through Catherine "Gypsy" Share, she met Charles Manson on July 4, 1969. At the time, Kasabian was a pregnant, two-time divorcee and the mother of an infant daughter. She moved to the Spahn Ranch with Manson and his followers, where she proceeded to fall under his spell.

At first, Kasabian found Manson's message to be peaceful, but within her first month at the ranch his tone changed to one of violence and paranoia, focusing on what Manson called "Helter Skelter"—the inevitable race war that he foresaw.

To precipitate Helter Skelter, Manson sent Kasabian with Charles Watson (also known as "Tex") and two other women to 10050 Cielo Drive, and told them to kill everyone there. Watson told Kasabian to stay outside of the residence, and she listened to the murders occurring within, watching in horror as Wojciech Frykowski died at her feet on the front lawn. Inside, actress Sharon Tate and three others were also murdered, and another man lie dead in his car in the driveway. Kasabian ran to her car and started it, but she was then afraid to drive away, fearing for her baby back at the Spahn Ranch.

The next night, Kasabian rode to the house of Leno and Rosemary LaBianca and waited in the car while Manson and the others went inside. When Manson came out, telling his followers that the couple was tied up, he sent in three family members to kill them, driving away with Kasabian in the car. Two days later, she fled.

The new home of the "Family," the Barker Ranch, was raided in October 1969. Everyone present was arrested for auto theft, but their involvement in the murders was quickly discovered. Kasabian turned herself in two months later, and became the lead witness for the prosecution. Her testimony was the biggest key to finding Manson and his followers guilty, and Kasabian was given immunity.

After moving to New Hampshire to live with her mother, Kasabian was inundated with media and public attention, so she changed her name and moved west, remaining in hiding until a documentary film crew found her living in near poverty in a trailer park in 2009.