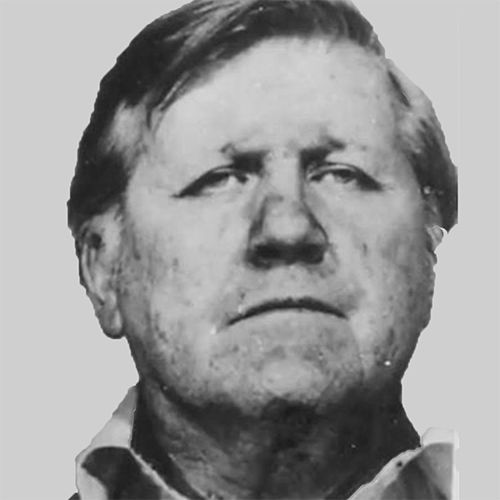 Who Was Frank Sheeran?

Frank "The Irishman" Sheeran served as a hitman for the mafia and became a major union leader in the International Brotherhood of Teamsters. He helped corrupt the labor unions by ushering in organized crime within its ranks, and right before his death in 2003, he claimed that he killed Teamster president and friend Jimmy Hoffa. Sheeran's life of crime and relationship with Hoffa is the subject of the 2019 film The Irishman.

Born on October 25, 1920, in Camden, New Jersey, Sheeran was raised in a small borough near Philadelphia in an Irish Catholic working-class family.

He enlisted in the army in 1941, and after the bombing of Pearl Harbor, he became part of the 45th Infantry Division and experienced heavy combat. He fought in major conflicts throughout Europe, including the invasion of Sicily, the Battle of the Bulge and the invasion of Germany.

Although the average soldier served around 100 days of combat, Sheeran accrued 411 days by the time he left the military. Being exposed to so much death taught him how to numb himself to killing, priming Sheeran for his future career as a mob hitman. According to Sheeran, he participated in many war crimes, including revenge killing and large-scale massacres.

After Sheeran was discharged from the military in 1945, he got married and had a family. He found work as a local truck driver but got into trouble with the law a couple of years later after beating up two men during a trolley incident.

To make some side cash, Sheeran worked with local loan sharks in Philadelphia. In 1955, he had a chance meeting with Pennsylvania crime boss Russell Bufalino who offered Sheeran a job driving him around and making deliveries. From then on, Sheeran's role as "the muscle" for the local Pennsylvania mob grew.

Sheeran's role deepened with the mafia after he agreed to assassinate a rival gang member for the Bufalino crime family, which eventually led him to meet Hoffa in 1957.

Hoffa and Sheeran soon became close friends, with the Irishman serving as muscle to the Teamster leader, intimidating and killing those who threatened the power structure that kept Hoffa on top. Hoffa soon gifted Sheeran with a coveted position as union boss of one of the local chapters in Delaware.

The two were close, but once Hoffa went to prison a decade later on racketeering charges, Sheeran's loyalty stayed with the Bufalino crime family and the man who took Hoffa's place, union chief Frank Fitzsimmons.

When Hoffa was released from prison in 1972, he was eager to get back his position, but by that time, the kingpins were done with him. According to Sheeran, by 1975, the powers-that-be ordered him to get rid of his mentor once and for all. He carried out his orders by helping lure Hoffa to a Detroit house where he allegedly put two bullets into the back of Hoffa's head.

According to Sheeran, he "felt nothing" when he was told to take out Hoffa.

'I Heard You Paint Houses' Book

Written by Sheeran's lawyer Charles Brandt, I Heard You Paint Houses is a dark biographical confessional that is based on five years' worth of recorded interviews between Brandt and Sheeran. The phrase "I heard you paint houses," which is mafia language for "I heard you kill men," were the first words that purportedly came out of Hoffa's mouth when he first spoke to Sheeran. The term "paint" refers to the blood that sprays the walls after a hit. When Hoffa said these words to Sheeran, the latter replied: “I also do my own plumbing” — mafia language for "I also dispose the bodies."

Besides Sheeran's bombshell confession that he killed Hoffa, the hitman also made some other shocking admissions to Brandt, which the author would relay in his book. Some of the confessions include that President John F. Kennedy was assassinated by the mob (Hoffa apparently wanted Attorney General Robert Kennedy off of the mob's back and believed that killing his brother would fix that problem); that Sheeran transferred the firearms that would kill President Kennedy; and that Sheeran murdered 25 people, including Crazy Joe Gallo, a mobster in the Profaci crime family.

Directed by Martin Scorsese, The Irishman — which explores Sheeran's life of crime and his claim of assassinating Hoffa — premiered at the New York Film Festival in September 2019, before having a limited theatrical run later in the year. Along with Joe Pesci and Harvey Keitel, the film stars Robert De Niro as Sheeran and Al Pacino as Hoffa. The film is based on Brandt's New York Times best-selling book.

Afflicted with cancer, Sheeran, 83, died in a Pennsylvania nursing home on December 14, 2003.