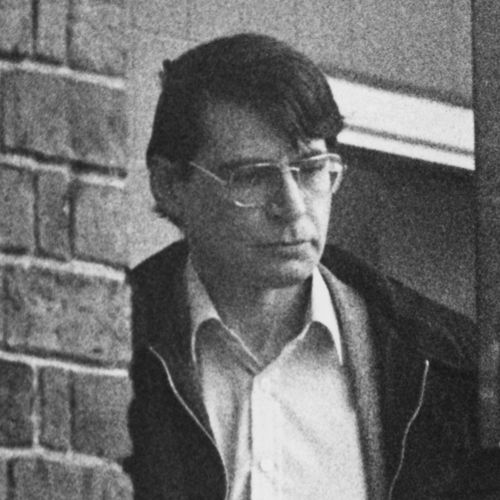 Who Was Dennis Nilsen?

Dennis Nilsen was a serial killer who was bornin Fraserburgh, Scotland. Though Nilsen recognized his homosexual desires, he was never comfortable with them and began acting on them through murder and dismemberment. Nilsen's first victim was in 1978, he went on to kill, according to his confession, twelve young men and dissect their bodies. When police finally arrested him in 1983, it quickly became apparent that, had they linked a series of reported incidents from lucky escapees over the previous five years, they might well have halted his ghoulish killing spree considerably sooner.

Nilsen was born on November 23, 1945, in Fraserburgh, Scotland. His parents' marriage was an unhappy one and, as a result, Nilsen, his mother and siblings lived with his maternal grandfather, whom Nilsen adored. Nilsen claimed that his beloved grandfather's unexpected death, when he was just six years old, and the traumatizing viewing of his corpse at the funeral, led to his later behavioral psychopathology.

His mother went on to remarry and have four more children, leaving Nilsen a withdrawn and lonely child. Aware of his homosexual attractions, he claimed no sexual encounters as an adolescent, and at 16 he enlisted in the army. He became a cook, serving as a butcher in the Army Catering Corps, learning the skills that served him so well during his five-year killing spree.

Upon leaving the army in 1972, he took up police training, where he discovered a fascination with morgue visits and autopsied bodies. Despite the obvious advantages that police work gave to develop his morbid tastes, he resigned and went on to become a recruitment interviewer.

Nilsen's first official brush with the police came in 1973. David Painter, a young man whom Nilsen had met through his work, claimed that Nilsen had taken pictures of him while he was asleep. Painter was so incensed that he required hospitalization as a result of their confrontation. Nilsen was brought in for questioning about the incident but was subsequently released without charge.

In 1975, he took up cohabitation with David Gallichan in a garden apartment situated at 195 Melrose Avenue in North London, although Gallichan denied that they had a homosexual relationship. This lasted two years and when Gallichan left, Nilsen's life began a downward spiral into alcohol and loneliness, which culminated in his first murder 18 months later.

Nilsen became increasingly disturbed by his sexual encounters, which only seemed to reinforce his loneliness when they were over. He met his first young victim in a pub on December 29, 1978, and invited him home, as he had on previous occasions. The next morning, overcome by a desire to prevent the young man from leaving, he strangled him with a tie before drowning him in a bucket of water. Taking the corpse to his bathroom to wash it, he then placed it back in his bed, later remarking that he found the corpse beautiful. He attempted to have sex, unsuccessfully, then spent the night sleeping next to the dead man. He finally hid the corpse under his floorboards for seven months, before removing it and burning the decaying remains in his back garden.

Nilsen had another close call with the police in October 1979, when a young student accused Nilsen of trying to strangle him during a bondage-play session. Despite the student's claims, no charges were pressed against Nilsen.

Nilsen encountered his second victim, Canadian tourist Kenneth Ockendon, at a pub on December 3, 1979. Following a day of sightseeing and drinking, which ended at Nilsen's apartment, Nilsen again succumbed to his fears of abandonment and strangled Ockenden to death with an electrical cable. He cleaned up the corpse as he did before, and shared the bed with it overnight. He took photos, engaged in sex and finally deposited the corpse under the floorboards, removing it frequently and engaging in conversation, as if Ockenden were still alive.

His next victim was prostitute Billy Sutherland, 27, who had the misfortune of following Nilsen home one night. He too was strangled. Another one of his victims, 24-year-old Malcolm Barlow, was an orphan with learning disabilities, who was soon dispatched by strangulation.

By 1981, Nilsen had killed 12 men in the apartment, of whom only four could be identified. Given his penchant for preying on the homeless and the unemployed in a large city, this is probably less surprising than it might be in a smaller community.

Nilsen claimed he went into a killing trance and on seven occasions, actually freed the men rather than complete the act because he was able to snap out of it. The majority of his victims were not so lucky.

By the time Barlow was killed, Nilsen was forced to stuff him under the kitchen sink, as he was rapidly running out of storage space, with half a dozen bodies hidden around the apartment. He was forced to spray his rooms twice a day, to be rid of the flies that were hatched from the decomposing bodies. When neighbors complained about the smell, he convinced them they stemmed from structural problems with the building.

To get rid of the corpses, he would remove his clothing and dismember them on the stone kitchen floor with a large kitchen knife, sometimes also boiling the skulls to remove the flesh, also placing organs and viscera in plastic bags for disposal. He buried limbs in the garden and in the shed, and stuffed torsos into suitcases until he could burn the remains in a bonfire at the end of his garden. On occasions he would burn fires all day, without raising any suspicion from neighbors. He generally crushed the bones once the fire had consumed the flesh, and police found thousands of bone fragments in the garden during later forensic examinations.

In 1982, in a desperate attempt to stifle his homicidal behavior, Nilsen moved into a top-floor apartment at 23 Cranley Gardens, Muswell Hill, also in North London, which had no garden and no convenient floorboards. Still unable to quell his impulses, a further three victims were killed in this apartment between his arrival and February 1983. These victims were identified as John Howlett, Archibald Graham Allan and Steven Sinclair, and presented Nilsen with much greater disposal challenges, given the apartment's lack of direct access outdoor space. He overcame these obstacles by boiling the heads, feet and hands, and dissecting the bodies into small pieces that could be flushed down the toilet, and disposed of in plastic bags.

There were five other tenants at Cranley Gardens, none of whom knew Nilsen very well and, in early February 1983, one of them called out drain specialists Dyno-Rod to investigate a drain blockage. In the presence of the tenants, including Nilsen, the technician discovered rotting human remains when he descended via the outdoor manhole, and it was decided that a full inspection would be conducted the next day, after which the police would be called in to investigate. Nilsen, increasingly aware of the prospect of capture, tried to cover his tracks by removing the human tissue from the drains that night, but was spotted by the downstairs tenant, who became suspicious of his actions. It was reported that, on the morning of February 9, 1983, he told a work colleague laughingly, "If I'm not in tomorrow, I'll either be ill, dead or in jail."

Nilsen was met on the evening of February 9 by Detective Chief Inspector Jay, who informed him that they wished to question him in relation to the human remains that had been discovered in the drains. Upon entering the apartment, Jay noticed the pervasive foul odor, and asked Nilsen what it was, at which point he calmly confessed that what they were looking for was stored in bags around the apartment, which included two dismembered heads and other larger body parts.

Upon his arrest, he immediately provided exhaustive details about his killing spree, admitting to killing 15 young men, despite receiving a legal caution. He also admitted to the attempted murder of seven others, although he could name only four of them. At no point did he show any remorse, and appeared eager to assist the police with amassing evidence against him, even taking them to his old address to point out specific disposal details.

After the confession, Nilsen was held at Brixton Prison pending trial. Whilst there, he wrote over fifty notebooks of his memories to assist the prosecution, and also drew what he referred to as "sad sketches" which detailed his treatment of some of his victims. He seemed ambivalent about his fate, at turns without remorse, and then showing concern about public attitudes towards him. He fired his legal council, then rehired him, and fired him once again, shortly before he came to trial.

His trial commenced on October 24, 1983. Nilsen was charged with six counts of murder and two charges of attempted murder. He pleaded not guilty to all charges, citing diminished responsibility due to mental defect.

The prosecution relied primarily on the extensive interview notes that resulted from his arrest, which took over four hours to read verbatim to the jury, as well as the testimony of the three victims, Paul Nobbs, Douglas Stewart and Carl Stotter, who had managed to escape, and all of whom he had attempted to strangle.

Despite attempts by Nilsen's defense to undermine the testimony of these victims by introducing evidence of their sexual encounters with Nilsen, their harrowing accounts inflicted serious damage on the defense case.

Physical evidence included photographs of the murder scenes, as well as the chopping board used to dissect the victims, and the cooking pot used to boil the skulls, feet and hands (which is now on display at the Black Museum at Scotland Yard).

The defense case relied primarily on the testimony of two psychiatrists, Dr. James MacKeith and Dr. Patrick Gallwey. MacKeith described Nilsen's troubled childhood, inability to express feelings and the resulting separation of mental function from physical behavior, which affected his own sense of identity, and implied an impaired responsibility on the part of Nilsen. Under intense cross-examination by the prosecution, however, MacKeith was forced to retract his judgment about diminished responsibility.

The second psychiatrist, Gallwey, diagnosed Nilsen as suffering from a "false self syndrome", characterized by outbreaks of schizoid disturbances which made him incapable of premeditation, but most of his testimony was extremely technical, even giving the judge cause to question Gallwey's complex diagnosis.

The prosecution called Dr. Paul Bowden as rebuttal psychiatrist who had spent considerable time with Nilsen, finding no evidence for much of the testimony put forth by the defense psychiatrists. He stated that Nilsen was manipulative, with some signs of mental abnormality, but nevertheless still cognizant of, and responsible for, his actions.

During the summing up, the judge dispensed with the majority of the psychiatric jargon that had perplexed the jury, by instructing them that a mind can be evil, without being abnormal.

The jury retired on November 3, 1983, but were unable to reach a unanimous verdict. The following day, the judge agreed to accept a majority verdict and, at 4:25 p.m., they delivered a verdict of guilty on all six counts of murder.

The judge sentenced Dennis Nilsen to life in prison, without eligibility for parole for at least 25 years.