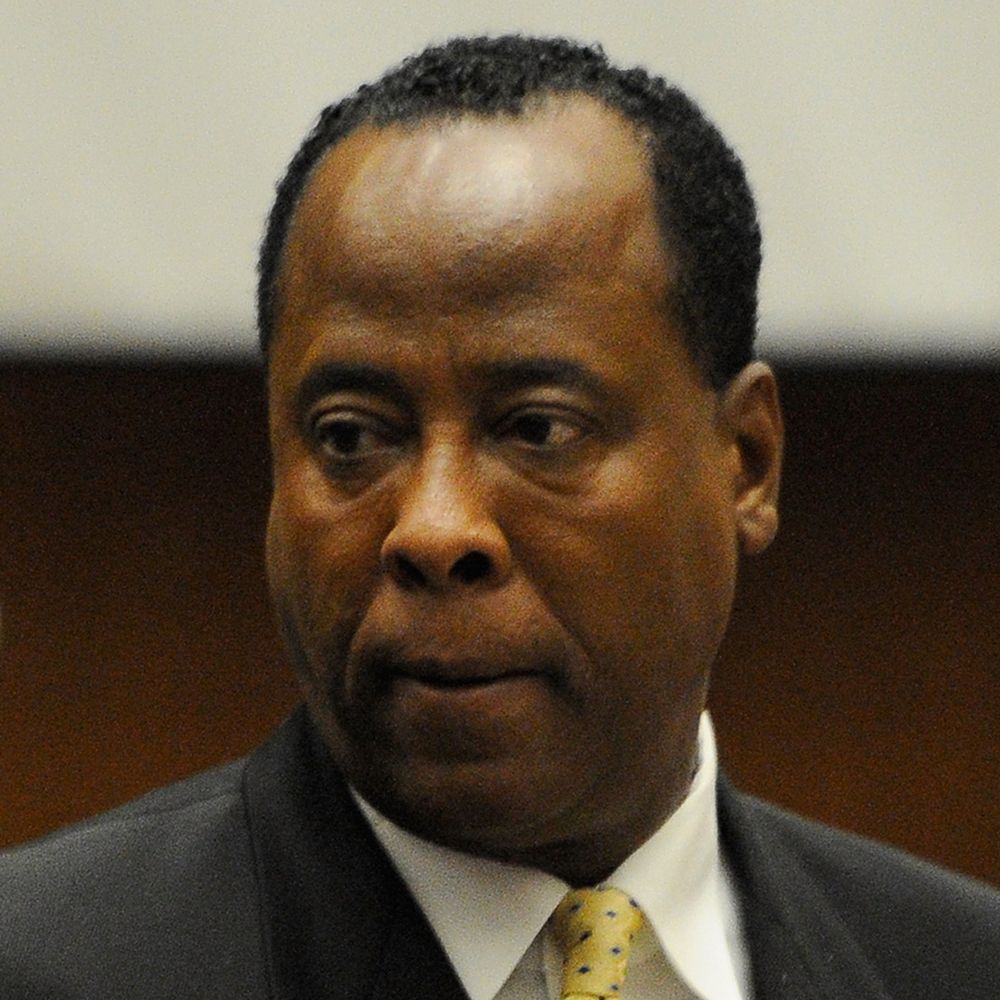 Who Is Conrad Murray?

Conrad Murray moved to the United States in 1980. In 1999, he opened a private practice. Michael Jackson hired him as a personal physician for Jackson's 2009 concert tour. In June 2009, Jackson died of a prescription drug overdose. Murray was found guilty of involuntary manslaughter in the death of Jackson in November 2011, and was sentenced to four years in prison. He served about two years at a Los Angeles County jail before being released in October 2013.

Conrad Robert Murray was born on February 19, 1953, in St. Andrews, Grenada. The man who would become embroiled in the controversy surrounding the death of the "King of Pop" in June 2009 did not come from money. With his mother Milta spending most of her time in Trinidad and Tobago in search of better paying work, Murray lived with his maternal grandparents, two Grenadian farmers. His fractured family life was compounded by the total absence of his father, Rawle Andrews, a Houston area physician who, up until his death in 2001, focused his career on offering medical services to the poor. Murray didn't meet his dad until he was 25.

At the age of seven, Murray relocated to Trinidad and Tobago to live with his mother, where he became a citizen and finished high school. Like Milta, Murray was determined to make a better life for himself, demonstrating at an early age a propensity to work hard. After high school he volunteered as an elementary school teacher in Trinidad, an experience he followed with work as a customs clerk and an insurance underwriter in order to pay for his college education. Murray also wasn't afraid to take advantage of an opportunity. At the age of 19 he bought his first house, then later sold it for a decent profit to support his university tuition in the United States.

Upon graduating Maharre, Murray enrolled for additional training at the Mayo Clinic in Minnesota and then completed his residency at Loma Linda University Medical Center in California. Other training stints followed; he studied at the University of Arizona on a Cardiology Fellowship and landed back in California, where he eventually worked as the associate director for the interventional cardiology fellowship-training program at Sharp Memorial Hospital in San Diego.

In 1999, Murray left California for a second time and struck out on his own, opening up a private practice in Las Vegas. Locating his office just east of the strip, Murray — again taking a cue from his father — aimed to serve not just the city's wealthy, but its underserved as well. In 2006, Murray expanded his scope and returned to the city where his father had made a name for himself to open the Acres Homes Heart and Vascular Institute.

"We have been so lucky to have Dr. Murray and that clinic in this community," Houston patient Ruby Mosley told People magazine. "There are many, many patients that thank God this man was here for them."

Those who've had financial dealings with the doctor, however, might feel otherwise. Unpaid debts, lawsuits and tax liens have followed Dr. Murray's life. More than $400,000 in court judgments alone were issued against his Las Vegas practice, and in December 2008 Dr. Murray, who has an unknown number of children, was ordered to cough up $3,700 in unpaid child support.

Treating the 'King of Pop'

In fact, it was Dr. Murray's debt situation that set the stage for his working relationship with Jackson. The two men had first met in 2006 when the singer, a frequent Vegas visitor, had contacted Dr. Murray about treating one of his children for an unknown medical situation. Reports indicate that the two men soon became friends and, as Jackson began making plans for his upcoming 2009 concert tour, he hired Dr. Murray to be his personal physician for an astounding $150,000 a month.

Jackson's motivation to bring Murray aboard, though, may have had less to do with friendship and more to do with the singer's own complicated reliance on prescription medicine. Following Jackson's death, police discovered more than 20 prescriptions inside his rented Holmby Hills home, including methadone, fentanyl, percocet, dilaudid and vicodin.

By all accounts, Jackson had become an insomniac and had pushed for the use of propofol, an anesthetic, to help him rest. Along with a mix of other drugs Jackson used to go to bed, he often referred to the concoction as his "milk" or "liquid sleep." But it was propofol he seems to have had a particular fondness for. Cherilyn Lee, a registered nurse and nutritionist whom Jackson employed, told ABC News that the singer begged her to buy more of the drug for him. She refused.

"The problem with you telling me you want to be knocked out," Lee said she told him, is "you might not wake up the next morning. You don't want that."

Dr. Murray, however, was another matter. While court documents showed he never actually purchased the drug for Jackson, over the course of the six weeks he worked for him, the doctor administered a nightly intravenous drip of propofol—despite his concerns that Jackson may be addicted to the drug.

That was the case on June 25, 2009, when Jackson, exhausted from a long rehearsal session at the Staples Center in Los Angeles that went past midnight, returned home and tried to get some rest. A familiar routine followed, with Murray hooking up his client to an IV in order to administer the propofol. Dr. Murray also gave Jackson lorazepam, an anti-anxiety medicine, and midazolam, a muscle relaxant.

According to records, the doctor then left Jackson's side for a few minutes to go to the bathroom. When he returned he found the singer with a weak pulse and had stopped breathing. Reportedly, Murray immediately started applying CPR to revive the singer. In addition, in what has garnered plenty of controversies, Dr. Murray also administered another drug, flumazenil, to try to offset the sedatives already circulating in Jackson's body. Some experts have said Murray's use of this additional medicine may have actually exacerbated the problems propofol had caused.

While questions remain about Dr. Murray's work to try and save Jackson's life in those first harried moments, what is clear is that 82 minutes passed before the doctor or anyone else at Jackson's home called paramedics to the house. When emergency officials did finally arrive, Dr. Murray at first failed to tell them about the drugs he injected into the singer. Jackson was officially pronounced dead at Ronald Reagan UCLA Medical Center, where he had arrived via ambulance with Dr. Murray at his side.

In the months that followed the pop star's death, Murray's working relationship with the singer became not only the target of irate and shocked Jackson fans, but police investigators as well. In mid-August 2009, more than two dozen DEA agents, LA police detectives and Houston officers raided the doctor's Houston medical office to take a forensic image of Murray's computer and collect a myriad of medical documents.

Around that same time, news reports indicated that Dr. Murray was soon going to be charged with manslaughter, something that was heightened on August 24, 2009, when preliminary findings by the chief coroner for Los Angeles county revealed that Jackson had died as the result of lethal levels of propofol.

For his part, Dr. Murray said little about his work with Michael Jackson and the circumstances surrounding the singer's death, confining his remarks to a teary-eyed video he posted on YouTube. "I have done all I can do [to help the police]," Dr Murray tells the camera. "I told the truth, and I have faith the truth will prevail." Unfortunately for the doctor, after a six-week trial and a two-day deliberation process, a Los Angeles jury found him guilty of involuntary manslaughter on November 7, 2011.

On November 29, 2011, Murray was given the maximum sentence of four years in prison. In the sentencing, Superior Court Judge Michael Pastor called Murray "a disgrace to the medical profession" and said he showed a "continual pattern of deceit."

Murray served out about two years of his sentence at a Los Angeles County jail. He was released in October 2013 and continues to appeal his conviction in the case.