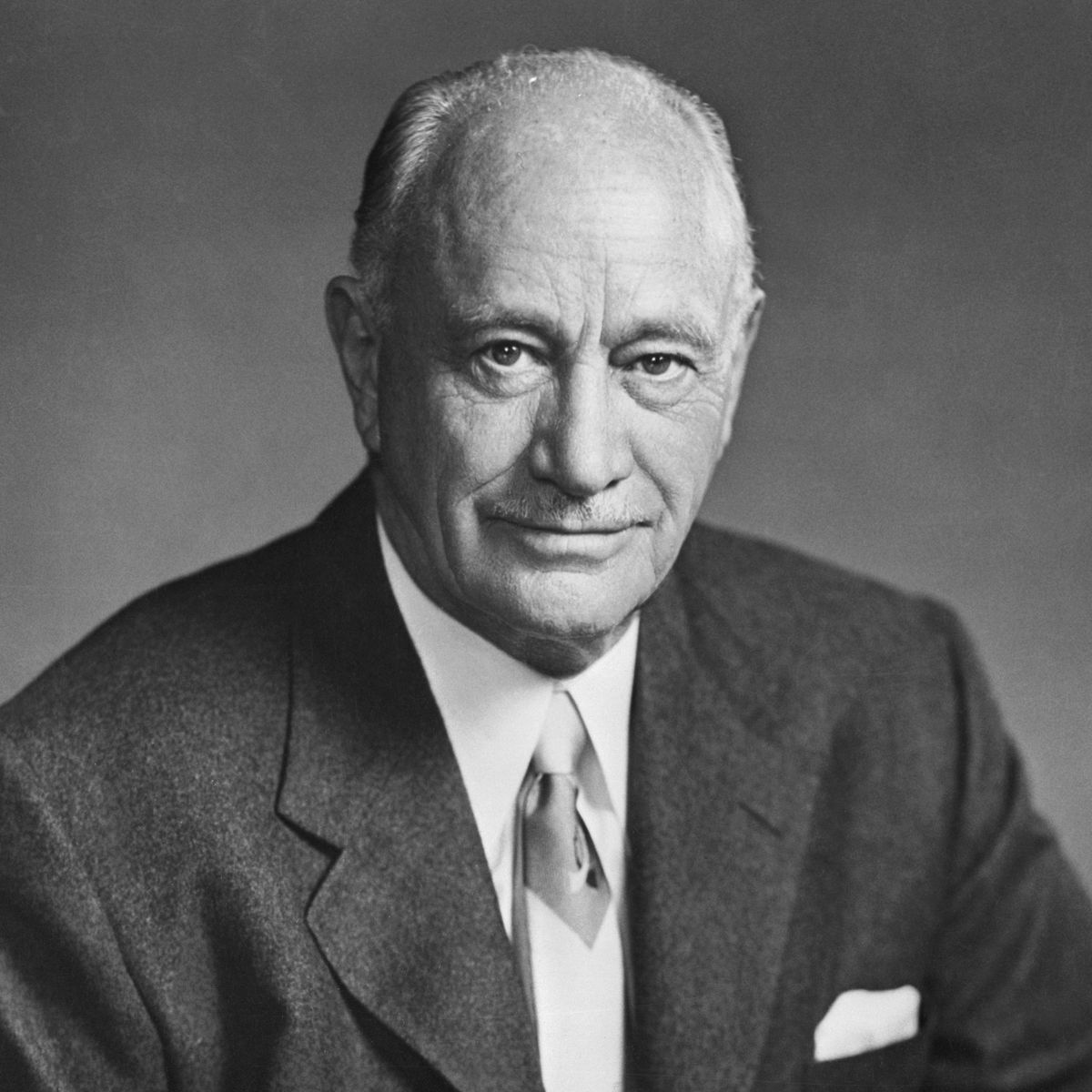 Conrad Hilton was born on December 25, 1887 in San Antonio, New Mexico. He took over his father's general store at the age of 21 and served in the New Mexico State Legislature. After fighting in WWI, Hilton bought the Mobley Hotel in Cisco, TX and grew it into a hotel empire. He formed the Hilton Hotels Corporation in 1946 and expanded his operations outside of the US. He died in 1979.

Business owner, hotel magnate. Born December 25, 1887 in San Antonio, New Mexico. The son of a local businessman, Hilton took over his father's general store at the age of 21. He then branched out into politics, serving two terms in the New Mexico State Legislature.

Hilton served in the U.S. Army during World War I. After the war, he returned to San Antonio for a while, but then moved to Texas to seek his fortune. He wanted to buy a bank, but ended up buying the Mobley Hotel in Cisco. Soon he added more hotels in the state.

Despite suffering a huge financial setback during the Great Depression, Hilton was able to build a hotel empire. He believed that each property should have its own style, not look like a part of a chain. He formed the Hilton Hotels Corporation in 1946. Properties in his hotel chain included the famed Waldorf-Astoria in New York City, which he leased in 1949. Around this time, Hilton began to expand his operations outside of the United States and renamed the company. The Hilton International Company became one of the largest hotel businesses in the world. The company expanded its operations into credit cards, car rentals, and other services. Hilton passed the reins of the company to his son Barron in 1960s, but he stayed on as the chairman of the board.

Conrad Hilton died on January 3, 1979, at St. John's Hospital in Santa Monica, California. He has been remembered as a giant in the hotel business and for his lasting impact on the hospitality industry. Besides his business accomplishments, Hilton created the Conrad N. Hilton Foundation in 1944, which awards an annual prize to exemplary organizations that work to end suffering in the world. It also supports programs for the blind and the homeless as well as education initiatives.