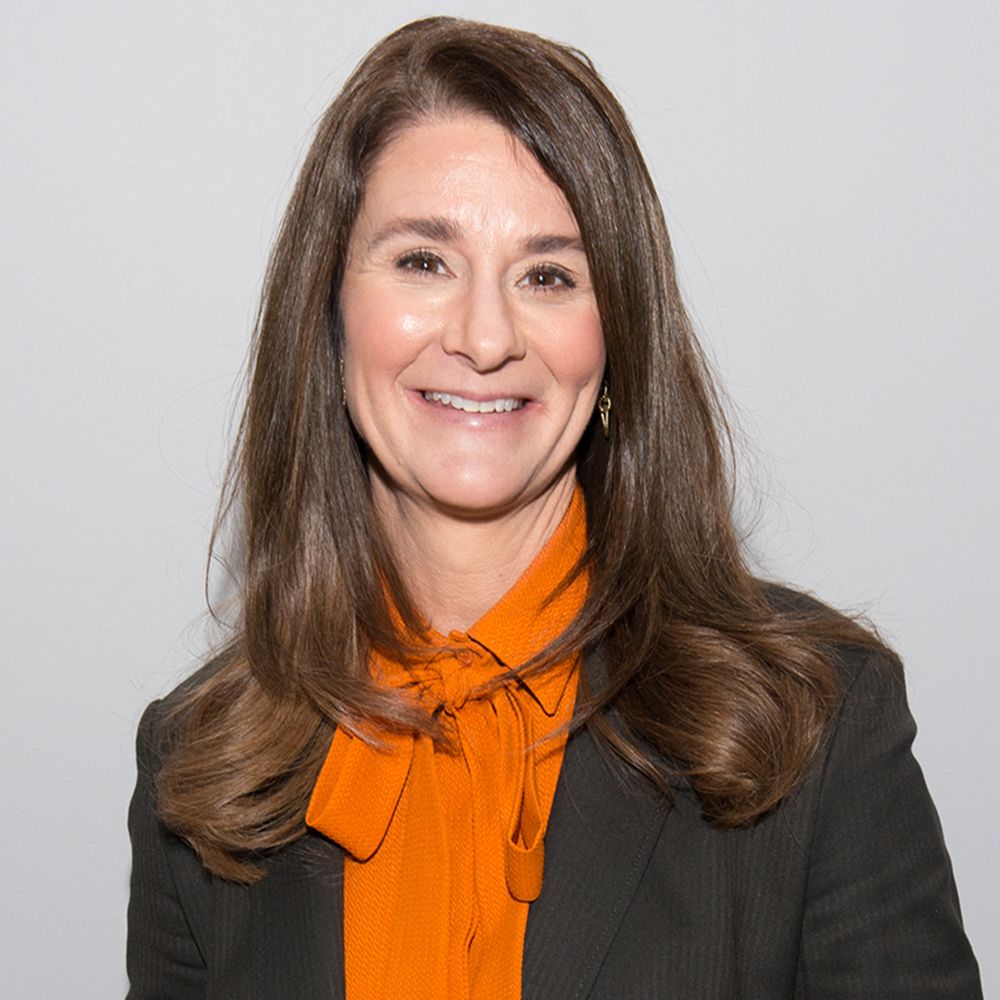 Who Is Melinda Gates?

Melinda Gates took a job at Microsoft Corporation in 1987 and married her boss, Bill Gates, in 1994. That year, she and her husband co-founded what was later to become the Bill & Melinda Gates Foundation. In 2006 she restructured the organization. In 2012 she pledged $560 million toward improving access to contraception for women in poor countries.

Melinda was born Melinda Ann French on August 15, 1964, in Dallas, Texas. She has three siblings: one older sister and two younger brothers. Melinda's father, Ray French, was an aerospace engineer during her upbringing, while her mother, Elaine French, was a stay-at-home mom.

Elaine, who wished she had gone to college, placed a strong emphasis on her children's higher education. To that end, the family spent weekends maintaining their rental properties as a means of earning the children's tuition.

Melinda developed an early interest in computers while taking an advanced math class at the Ursuline Academy, a Catholic school for girls. She went on to pursue this interest in college, earning a bachelor's degree in computer science from Duke University in 1986. The following year, she obtained a master's in business administration, with a focus in economics, from Duke University's Fuqua School of Business.

Melinda took a job at Microsoft Corporation in 1987. She started out as a product manager, primarily developing multimedia and interactive products. Over the course of her nine years working for Microsoft, Melinda worked her way up to general manager of information products. The products she worked on included the budget trip-planning website Expedia, the interactive movie guide Cinemania and the multimedia digital encyclopedia Encarta.

In 1987 Melinda first met her new boss, Bill, at a PC trade show in Manhattan. She found his sense of humor surprising and refreshing within the context of the corporate climate of the times. When he eventually asked her out with a couple of weeks' notice, she initially was put off by his over-planning but soon realized his busy schedule made spontaneity difficult. Accepting this, she agreed to a date.

The couple dated for six years before Bill proposed to Melinda. In 1994, the two were wed on the Hawaiian island of Lanai. Melinda gave birth to the couple's first child, a daughter named Jennifer Katharine Gates, in 1996. At that time, she decided to leave her job at Microsoft so she could focus on child-rearing and philanthropic efforts. Melinda and Bill would go on to have two more children: a boy named Rory John and a girl named Phoebe Adele.

The pair announced the end of their marriage in May 2021.

Although the foundation's initial goal was to place computers and Microsoft products in libraries all over the United States, over the years Melinda expanded the organization's vision to include worldwide improvements in education. The Bill & Melinda Gates Foundation's efforts also came to address global poverty and health issues.

In 2006, a friend of Bill's, wealthy investor Warren Buffett, made a landmark donation of $30 billion to the foundation. In anticipation of dividing its assets among the most pressing needs, Melinda then restructured the organization into three departments: worldwide health, global development, and U.S. community and education. One of the foundation's primary global health objectives has been to develop prevention strategies, vaccines and treatments for diseases such as HIV/AIDS, malaria and tuberculosis.

In 2011, the Bill & Melinda Gates Foundation officially restated its mission as: "improving equity in four areas: global health, education, access to digital information via public libraries, and support for at-risk families in Washington State and Oregon." In 2012 Melinda pledged $560 million toward improving access to contraception for women in third-world countries.

Melinda and her husband also remain committed to changing the state of education in the United States. Their foundation helps students fund their studies through the Gates Millennium Scholars program. As she wrote on her Facebook page, "Bill and I believe that education is the great equalizer."

Demonstrating their support of progressive workplace policies, Melinda and Bill announced in 2015 that employees of their foundation would receive up to a year's paid leave after the birth of a child or the adoption of a child. The following year, they were recognized for their philanthropic work with the Presidential Medal of Freedom from President Barack Obama.

Marking the 10th edition of their foundation's annual letter, the couple in 2018 decided to answer 10 of the toughest questions they face regarding their work. Addressing a question about adjusting to President Donald Trump's policies, Melinda said it was important to maintain a strong relationship with the administration, but suggested that Trump could set a better example as a role model. "I wish our president would treat people, and especially women, with more respect when he speaks and tweets," she wrote.

In an interview with Vox founder Ezra Klein at the 2018 South by Southwest festival, Melinda said the foundation was concerned about the possibilities of a large-scale bioterrorism attack. "A bioterrorist event could spread so quickly, and we are so unprepared for it," she said. "Think of the number of people who leave New York City every day and go all over the world — we're an interconnected world."

Ultimately, the next global threat came in the form of the novel coronavirus that rapidly spread after first surfacing in China in late 2019. Melinda and her husband devoted their foundation's considerable resources toward combating the outbreak, pairing with leading pharmaceutical companies to fund the development of a vaccine.

In 2019, Melinda's book, The Moment of Lift: How Empowering Women Changes The World, was published. “How can we summon a moment of lift for human beings – and especially for women? Because when you lift up women, you lift up humanity," she writes.