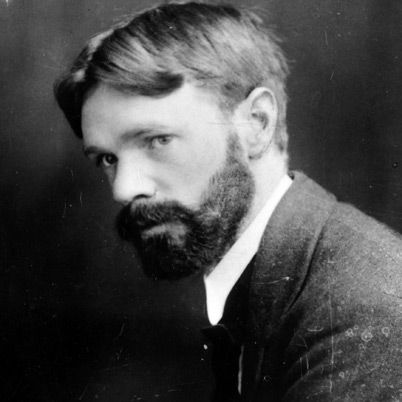 Who Was D.H. Lawrence?

D.H. Lawrence is regarded as one of the most influential writers of the 20th century. He published many novels and poetry volumes during his lifetime, including Sons and Lovers and Women in Love, but is best known for his infamous Lady Chatterley's Lover. The graphic and highly sexual novel was published in Italy in 1928, but was banned in the United States until 1959, and in England until 1960. Garnering fame for his novels and short stories early on in his career, Lawrence later received acclaim for his personal letters, in which he detailed a range of emotions, from exhilaration to depression to prophetic brooding.

Author D.H. Lawrence, regarded today as one of the most influential writers of the 20th century, was born David Herbert Lawrence on September 11, 1885, in the small mining town of Eastwood, Nottinghamshire, England. His father, Arthur John Lawrence, was a coal miner, and his mother, Lydia Lawrence, worked in the lace-making industry to supplement the family income. Lawrence's mother was from a middle-class family that had fallen into financial ruin, but not before she had become well-educated and a great lover of literature. She instilled in young D.H. a love of books and a strong desire to rise above his blue-collar beginnings.

Lawrence's hardscrabble, working-class upbringing made a strong impression on him, and he later wrote extensively about the experience of growing up in a poor mining town. "Whatever I forget," he later said, "I shall not forget the Haggs, a tiny red brick farm on the edge of the wood, where I got my first incentive to write."

As a child, Lawrence often struggled to fit in with other boys. He was physically frail and frequently susceptible to illness, a condition exacerbated by the dirty air of a town surrounded by coal pits. He was poor at sports and, unlike nearly every other boy in town, had no desire to follow in his father's footsteps and become a miner. However, he was an excellent student, and in 1897, at the age of 12, he became the first boy in Eastwood's history to win a scholarship to Nottingham High School. But at Nottingham, Lawrence once again struggled to make friends. He often fell ill and grew depressed and lethargic in his studies, graduating in 1901 having made little academic impression. Reflecting back on his childhood, Lawrence said, "If I think of my childhood it is always as if there was a sort of inner darkness, like the gloss of coal in which we moved and had our being."

In the summer of 1901, Lawrence took a job as a factory clerk for a Nottingham surgical appliances manufacturer called Haywoods. However, that autumn, his older brother William suddenly fell ill and died, and in his grief, Lawrence also came down with a bad case of pneumonia. After recovering, he began working as a student teacher at the British School in Eastwood, where he met a young woman named Jessie Chambers, who became his close friend and intellectual companion. At her encouragement, he began writing poetry and also started drafting his first novel, which would eventually become The White Peacock.

Books: 'The White Peacock' & 'The Trespasser'

In the fall of 1906, Lawrence left Eastwood to attend the University College of Nottingham to obtain his teacher's certificate. While there, he won a short-story competition for "An Enjoyable Christmas: A Prelude," which was published in the Nottingham Guardian in 1907. In order to enter multiple stories in the competition, he entered "An Enjoyable Christmas: A Prelude" under Jessie Chambers's name, and although it was published as such, people soon discovered that Lawrence was its true author.

In 1908, having received his teaching certificate, Lawrence took a teaching post at an elementary school in the London suburb of Croydon. He also continued to write, and in 1909 he received his big break when Jessie Chambers managed to get some of his poems published in the English Review. The publishers at the English Review took a great interest in Lawrence's work, recommending his draft of The White Peacock to another publisher, William Heinemann, who printed it in 1911. Set in his childhood hometown of Eastwood, the novel foreshadowed many of the themes that would pervade his later work, such as mismatched marriages and class divides.

A year later, Lawrence published his second novel, The Trespasser, a story based on the experiences of a fellow teacher who had an affair with a married man who then committed suicide. Around the same time, Lawrence became engaged to an old friend from college named Louie Burrows.

However, in the spring of 1912, Lawrence's life changed suddenly and irrevocably when he went to visit an old Nottingham professor, Ernest Weekley, to solicit advice about his future and his writing. During his visit, Lawrence fell desperately in love with Weekley's wife, Frieda von Richthofen. Lawrence immediately resolved to break off his engagement, quit teaching, and try to make a living as a writer, and, by May of that year, he had persuaded Frieda to leave her family. The couple ran off to Germany, later traveling to Italy. While traveling with his new love, Lawrence continued to write at a furious pace. He published his first play, The Daughter-in-Law, in 1912. A year later, he published his first volume of poetry: Love Poems and Others.

Later in 1913, Lawrence published his third novel, Sons and Lovers, a highly autobiographical story of a young man and aspiring artist named Paul Morel, who struggles to transcend his upbringing in a poor mining town. The novel is widely considered Lawrence's first masterpiece, as well as one of the greatest English novels of the 20th century.

Lawrence and Frieda von Richtofen soon returned to England, where they married on July 13, 1914. That same year, Lawrence published a highly regarded short-story collection, The Prussian Officer, and in 1915 he published another novel, The Rainbow, which was quite sexually explicit for the time. Critics harshly condemned The Rainbow for its sexual content, and the book was soon banned for obscenity.

Feeling betrayed by his country but unable to travel abroad because of World War I, Lawrence retreated to Cornwall at the far southwestern edge of Great Britain. However, the local government considered the presence of a controversial writer and his German wife so near the coast to be a wartime security threat, and it banished him from Cornwall in 1917. Lawrence spent the next two years moving among friends' apartments. However, despite the tumult of the period, Lawrence managed to publish four volumes of poetry between 1916 and 1919: Amores (1916), Look! We Have Come Through! (1919), New Poems (1918) and Bay: A Book of Poems (1919).

In 1919, with the First World War finally ended, Lawrence once again departed England for Italy. There, he spent two highly enjoyable years traveling and writing. In 1920, he revised and published Women in Love, which he considered the second half of The Rainbow. He also edited a series of short stories that he had written during the war, which were published under the title My England and Other Stories in 1922.

Determined to fulfill a lifelong dream of traveling to America, in February 1922, Lawrence left Europe and traveled east. By the end of the year—after stays in both Ceylon (modern day Sri Lanka) and Australia—he landed in the United States, settling in Taos, New Mexico. While in New Mexico, Lawrence completed Studies in Classic American Literature, a book of highly regarded and influential literary criticism of great American authors such as Benjamin Franklin, Nathaniel Hawthorne and Herman Melville.

Over the next several years, Lawrence split his time between a ranch in New Mexico and travels to New York, Mexico and England. His works during this period includes a novel, Boy in the Bush (1924); a story collection about the American continent, St. Mawr (1925); and another novel, The Plumed Serpent (1926).

Having fallen ill with tuberculosis, Lawrence returned to Italy in 1927. There, in his last great creative burst, he wrote Lady Chatterley's Lover, his best-known and most infamous novel. Published in Italy in 1928, Lady Chatterley's Lover explores in graphic detail the sexual relationship between an aristocratic lady and a working-class man. Due to its graphic content, the book was banned in the United States until 1959, and in England until 1960, when a jury found Penguin Books not guilty of violating Britain's Obscene Publications Act and allowed the company to publish the book.

At the highly publicized British obscenity trial, the prosecuting attorney infamously asked the jurors, "Is it a book that you would have lying around the house? Is it a book you would wish your wife or servants to read?" The jury's decision to allow publication of Lady Chatterley's Lover is considered a turning point in the history of freedom of expression and the open discussion of sex in popular culture. As British poet Philip Larkin quipped in one of his poems, "Sexual intercourse began/In 1963/Between the end of the 'Chatterley' ban/And the Beatles' first LP."

Increasingly hobbled by his tuberculosis, Lawrence wrote very little near the end of his life. His final works were a critique of Western religion titled Apocalypse and Last Poems, both of which were published in 1930.

Reviled as a crude and pornographic writer for much of the latter part of his life, Lawrence is now widely considered—alongside James Joyce and Virginia Woolf—as one of the great modernist English-language writers. His linguistic precision, mastery of a wide range of subject matters and genres, psychological complexity and exploration of female sexuality distinguish him as one of the most refined and revolutionary English writers of the early 20th century.

Lawrence himself considered his writings an attempt to challenge and expose what he saw as the constrictive and oppressive cultural norms of modern Western culture. He once said, "If there weren't so many lies in the world . . . I wouldn't write at all."