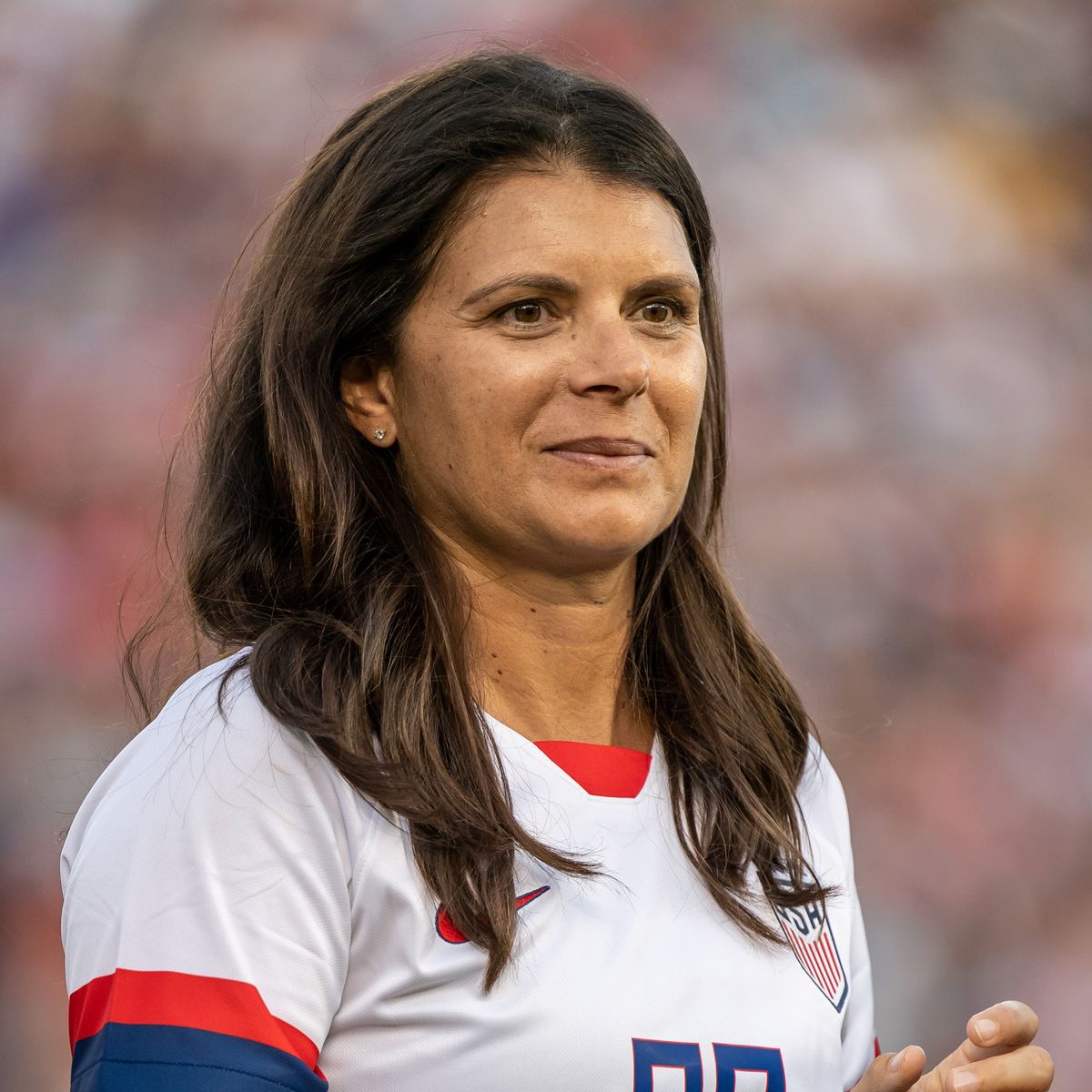 Who Is Mia Hamm?

Mia Hamm is largely considered the best female soccer player in history. She played with the U.S. women's national soccer team for 17 years, building one of the biggest fan bases of any American athlete. She won the Women's World Cup in 1991 and 1999, and took Olympic gold medals in 1996 and 2004. Hamm held the record for most international goals scored until June 2013, when her record was broken by fellow American player Abby Wambach.

Soccer star Mia Hamm was born Mariel Margaret Hamm on March 17, 1972, in Selma, Alabama. Largely considered the best female soccer player in history, Hamm played with the United States women's national soccer team for 17 years, building one of the biggest fan bases of any American athlete. She was named FIFA's "World Player of the Year" in both 2001 and 2002.

The daughter of an Air Force pilot, Hamm moved often with her family throughout her childhood and credits her brother, Garrett, for encouraging her in sports. At the age of 15, Hamm was the youngest soccer player to play for the national team. Hamm attended the University of North Carolina at Chapel Hill, where she helped take the team to four consecutive NCAA women's championships.

In 1991, at the age of 19, Hamm was the youngest team member in history to win the World Cup. Five years later, Hamm and her teammates, including Michelle Akers, Brandi Chastain and Kristine Lilly, secured the gold medal at the 1996 Summer Olympics in Atlanta, Georgia. (They would return to win gold again in 2004.) In 1999, Hamm set a new record for most international goals scored when she made her 108th goal for the U.S. team, succeeding Italian player Elisabetta Vignotto. Hamm held that title until June 2013, when her record was broken by fellow American player Abby Wambach.

Hamm's other accolades include being elected Soccer USA's "Female Athlete of the Year" five years in a row (1994-98), being named MVP of the Women's Cup (1995) and winning three ESPY Awards, including in the "Soccer Player of the Year" and "Female Athlete of the Year" categories. In 2004, she and teammate Michelle Akers were named on FIFA's list of the "125 Greatest Living Soccer Players"—becoming the only women and only Americans to be named to the list at that time.

Life Off the Field

In 1994, Hamm married her college sweetheart, Christiaan Corry. The couple split in 2001, and Hamm married professional baseball player Nomar Garciaparra in 2003. After helping her team win gold at the 2004 Summer Olympics, Hamm retired to start a family.

In 1999, Hamm founded the Mia Hamm Foundation, which is dedicated to bone marrow research, after her brother, Garrett, died of complications from a rare blood disease called aplastic anemia shortly after the 1996 Olympics.