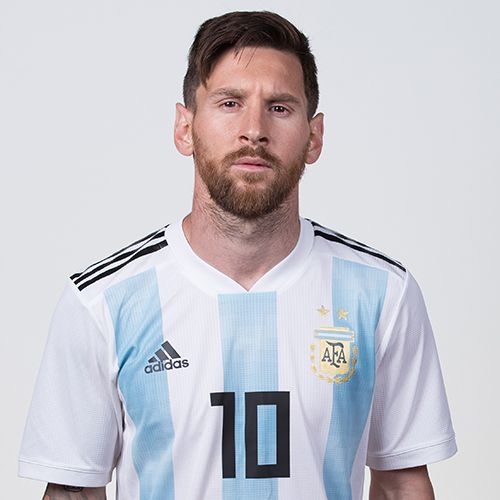 Who Is Lionel Messi?

Luis Lionel Andres (“Leo”) Messi is an Argentinian soccer player who plays forward for the FC Barcelona club and the Argentina national team. At the age of 13, Messi moved from Argentina to Spain after FC Barcelona agreed to pay for his medical treatments.

There he earned renown as one of the greatest players in history, helping his club win more than two dozen league titles and tournaments. In 2012, he set a record for most goals in a calendar year, and in 2019, he was named Europe's Ballon d'Or winner for the sixth time.

Messi was born on June 24, 1987, in Rosario, Argentina. As a young boy, Messi tagged along when his two older brothers played soccer with their friends, unintimidated by the bigger boys. At the age of 8, he was recruited to join the youth system of Newell's Old Boys, a Rosario-based club.

Recognizably smaller than most of the kids in his age group, Messi was eventually diagnosed by doctors as suffering from a hormone deficiency that restricted his growth. Messi's parents, Jorge and Ceclia, decided on a regimen of nightly growth-hormone injections for their son, though it soon proved impossible to pay several hundred dollars per month for the medication.

So, at the age of 13, when Messi was offered the chance to train at soccer powerhouse FC Barcelona's youth academy, La Masia, and have his medical bills covered by the team, Messi's family picked up and moved across the Atlantic to make a new home in Spain. Although he was often homesick in his new country, Messi moved quickly through the junior system ranks. 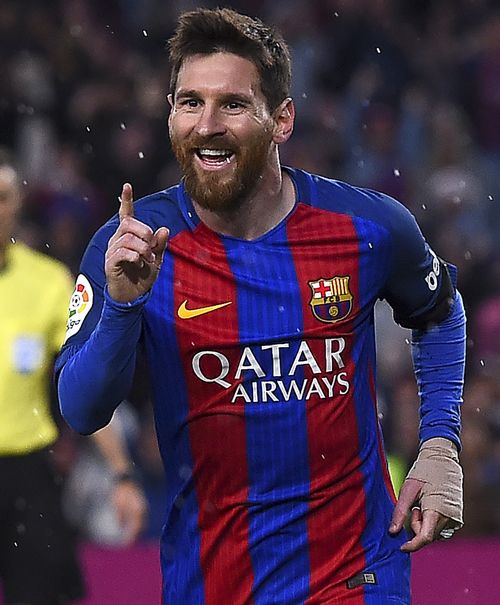 Messi has only played for FC Barcelona, where he first signed at age 13. He also plays for the Argentina national team.

By the age of 16, Messi made his first appearance for the FC Barcelona, putting himself in the record books on May 1, 2005, as the youngest player to ever score a goal for the franchise. That same year, he led Argentina to the title in the under-20 World Cup, scoring on a pair of penalty kicks to propel the team over Nigeria.

Messi steered Barcelona to a wealth of success, most notably in 2009, when the left-footer's team captured the Champions League, La Liga, and Spanish Super Cup titles. That same year, after two consecutive runner-up finishes, he took home his first FIFA "World Player of the Year" honor/Ballon d'Or award.

Even the great Maradona gushed about his fellow countryman. "I see him as very similar to me," the retired player told the BBC. "He's a leader and is offering lessons in beautiful football. He has something different than any other player in the world."

Amazingly, the soccer wizard continued to improve, discovering new ways to elude defenders while leading Barcelona to La Liga and Spanish Super Cup championships in 2010 and 2011, as well as the '11 Champions League title.

Messi embarked on an all-out assault on the record books in 2012. He became the first player to score five goals in a Champions League match in early March, and a few weeks later he surpassed Cesar Rodriguez's club-record 232 goals to become Barcelona's all-time leading scorer.

By the end of 2012, Messi had accumulated an astounding 91 goals in club and international play, eclipsing the 85 netted in a single calendar year by Gerd Muller in 1972. Fittingly, he broke another record when he was named the FIFA Ballon d'Or winner for the fourth time in January 2013.

The soccer great came back to earth somewhat that year due to the persistence of hamstring injuries, but he regained his record-breaking form by becoming the all-time leading scorer in La Liga and Champions League play in late 2014.

On August 10, 2021, Messi joined French club Paris Saint-Germain. He made his debut for the club on August 29.

For all his success with Barcelona, Messi has come under fire for his inability to help Argentina's national team win a major title. He did lead "La Albiceleste" to the final of the 2014 World Cup, and was named player of the tournament, although his team lost to Germany.

In 2016, following Argentina's second consecutive loss to Chile in the final of the Copa America tournament, Messi announced he was ending his run with the national team.

The soccer great eventually reversed his decision, but his participation in the 2018 World Cup did not bring that elusive title, as hoped. After Messi scored an early goal in a 2-1 win over Nigeria that helped his team advance from the group stage, he was largely kept in check by France, his two assists not enough to stave off a 4-3 defeat that sent Argentina packing.

The following year, after Messi heavily criticized the referees in the wake of a 2-0 loss to Brazil in the Copa America semifinals, the Argentine captain was slapped with a three-game ban by the South American Football Confederation.

As of August 2019, Messi's all-time highlights for FC Barcelona:

In July 2016, Messi suffered a blow off the soccer field when a Barcelona court found him and his father guilty of three counts of tax fraud. During a four-day trial, Messi and his father denied breaking the law and claimed they were unaware of any tax illegalities that were committed.

However, they were both sentenced to 21 months in prison. Under Spanish law, first offenses under two years are suspended so they did not go to jail, but Messi was ordered to pay a fine of 2 million euros. His father was required to pay 1.5 million euros.

On June 30, 2017, Messi married Antonella Roccuzzo, his longtime girlfriend and the cousin of his best friend and fellow soccer player Lucas Scaglia. Messi and Roccuzzo have three children together: Thiago, born in November 2012, Mateo, born in September 2015 and Ciro, born in March 2018.

Messi met Roccuzzo in their hometown of Rosario when he was 5 years old. Their marriage, a civil ceremony dubbed by Argentina's Clarín newspaper as the “wedding of the century,” was held at a luxury hotel in Rosario, with a number of fellow star soccer players and Colombian pop star Shakira on the 260-person guest list.

Although famously private off the field, Messi has quietly helped others in need. In 2007, he formed the Leo Messi Foundation to provide opportunities for disadvantaged youths. In early 2010, UNICEF named him a goodwill ambassador, with a focus on fighting for children's rights across the globe.