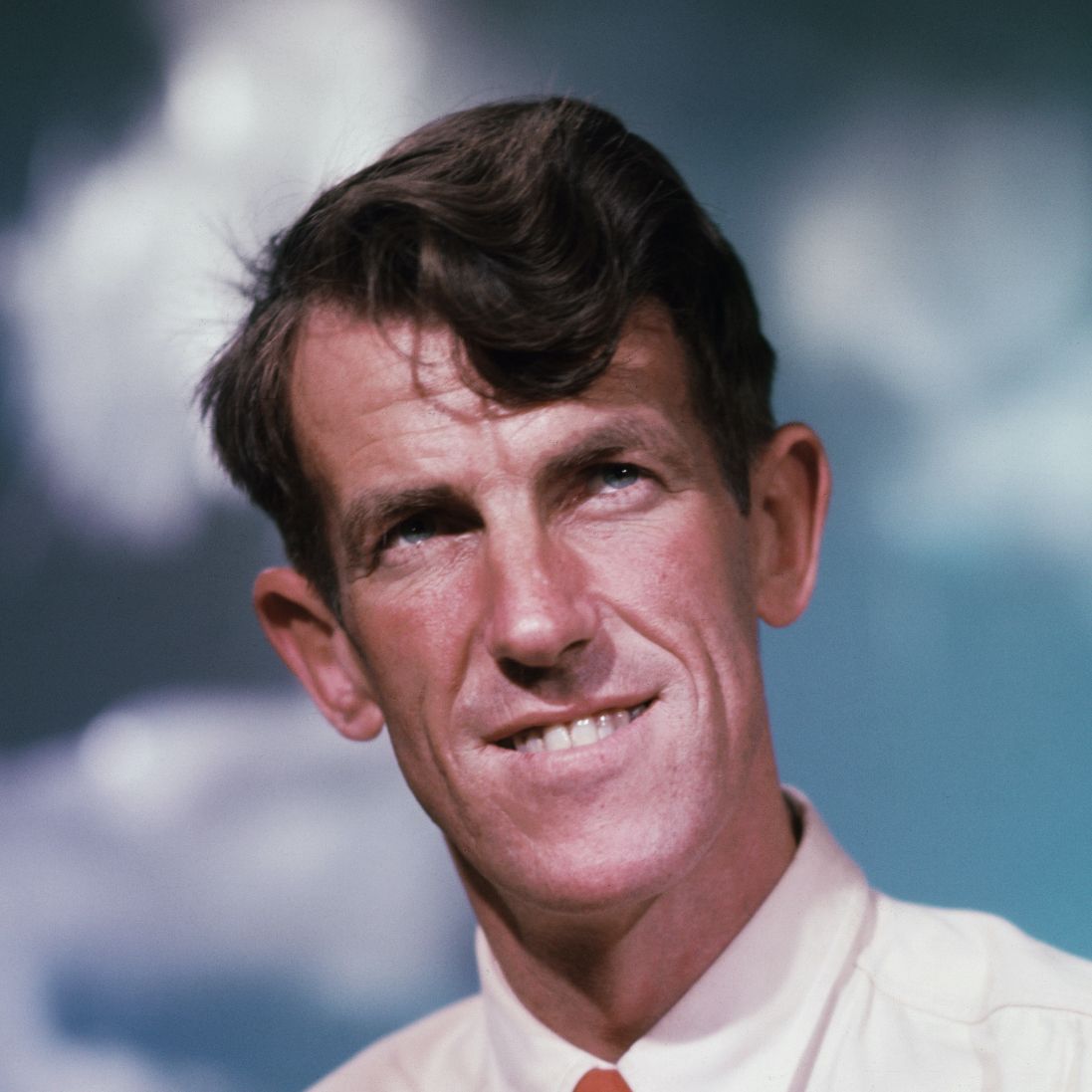 Who Was Edmund Hillary?

Although he rose to great heights climbing Mount Everest, Hillary described himself as "a small and rather lonely child." He was born Edmund Percival Hillary on July 20, 1919, in Auckland, New Zealand, to Gertrude and Percival Hillary. As a young child, the family lived in a small village called Tuakau, where Hillary attended primary school.

His mother, a schoolteacher, wanted her son to attend a city school, so Hillary commuted to the Auckland Grammar School for his secondary education. He was a shy child and studious, often buried in books, but by his late teens had grown to a gangly, towering 6'5". He discovered his love of snow and climbing at age 16 during a school ski trip to Mount Ruapehu in Tongariro National Park.

Hillary's first major climb, at age 20, was Mount Ollivier, also in New Zealand's Southern Alps. He studied math and science at the University of Auckland, but he also joined outdoor clubs, which fostered his interest in climbing and holistic health. Despite conscientious objections, he eventually joined the Royal New Zealand Air Force during World War II, and suffered a serious burn in a boat accident.

However, Hillary was determined to climb Mount Everest, the world's highest peak, so he returned to his love of mountain climbing after the war. Like their father before them, Hillary and his brother Rex became beekeepers, which allowed time to pursue the sport in the winter. He scaled New Zealand's highest peak during the warm season in January 1948.

This gave him the credentials to join the 1951 British expedition to Everest. Although that failed, the ninth British expedition to Everest, in 1953, led by John Hunt, was successful. After the team carved a route through the Khumbu Icefall and the South Col, the first duo assigned by Hunt had to turn back due to exhaustion. So Hillary and his Sherpa guide, Tenzing Norgay, who carried extra oxygen, were the first to summit the 29,029-foot peak on May 29, 1953, at 11:30 a.m.

They spent about 15 minutes at the top of the world, with Hillary photographing Norgay holding his ice ax strung with flags from Britain, India, Nepal and the United Nations. Norgay dug a hole and filled it with sweets, while Hillary buried a crucifix.

The conquest of Everest was announced on the eve of Elizabeth II's coronation, and the new queen knighted Hillary when he returned to Britain.

Having achieved international fame as the first to climb Mount Everest, Hillary took up exploration. He reached the South Pole by tractor on January 4, 1958, as leader of the New Zealand division of the Commonwealth Trans-Antarctic Expedition. He was among the first to scale Mount Herschel in the Antarctic expedition of 1967.

In 1968, Hillary traversed the wild rivers of Nepal on a jetboat. He did the same up the Ganges, from its mouth to its source in the Himalayas, in 1977. In 1985, Hillary and astronaut Neil Armstrong flew a small twin-engine plane to the North Pole, making Hillary the first person to stand at both poles and the summit of Everest, also known as the "third pole."

Hillary, who had been cited as "New Zealand's most trusted individual," died on January 11, 2008, in Auckland. Flags were lowered to half-staff.

Despite all his success and acclaim as an adventurer and author, Hillary was always described as a humble man. He suffered a devastating loss when his wife and youngest daughter were killed in a plane crash in 1975.

Devoted to helping the Sherpa people, Hillary founded the Himalayan Trust, which built schools, hospitals and transportation hubs in Nepal. Hillary wrote that he was proud that he and his team just didn't go in and tell the Nepalese what they needed: "We always responded to the wishes of the local people." He served as New Zealand's high commissioner to Nepal, as well as India and Bangladesh, from 1985 to 1988, and was made an honorary citizen of Nepal in 2003, on the 50th anniversary of reaching the summit.

Various geographic regions bear Hillary's name, and the New Zealand five-dollar note features his image. Time magazine listed him as one of the 100 most influential people of the 20th century.