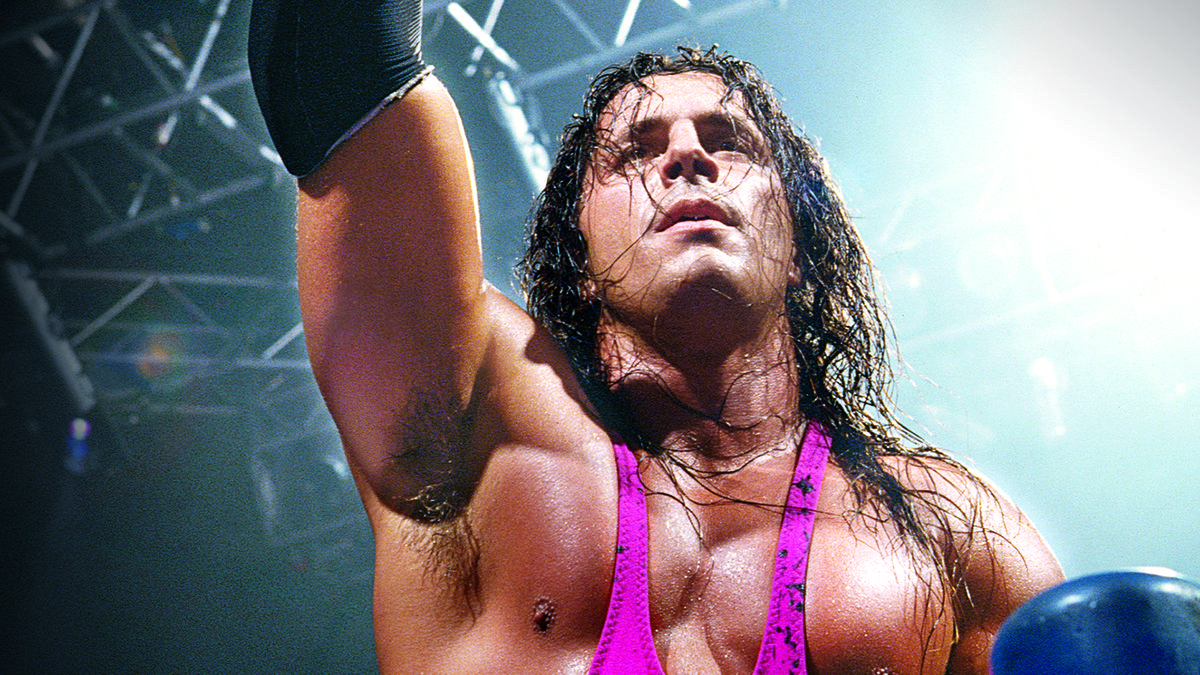 Wrestling fans old enough to remember the booming popularity of the WWE in the late 20th century no doubt recall the exploits of Bret Hart, an athlete of explosive power and flawless precision who earned such nicknames as the "Hitman" and the "Excellence of Execution."

And while Bret has earned his due as one of WWE's great champions, his reign also marks just one chapter in a multi-generational saga of parents, siblings, in-laws and nephews who made their living from the ring, the official record leaving the Harts in position to claim, with the possible exception of the McMahons who run WWE, the title belt as the first family of professional wrestling.

Stu found success in the ring before launching Stampede Wrestling

The dynasty began with the unlikely rise of Bret's father, longtime wrestler, booker and promoter Stu.

His childhood seemingly ripped from the pages of a frontier-life novel, Stu somehow survived the Great Depression years in the unforgiving Canadian prairies, sheltering in a tent during winters, before finding his salvation in wrestling at an Edmonton YMCA. His dream of an Olympic berth never materialized, but he did fashion a prominent professional career based out of New York, where he met his wife, Helen Smith.

By the late 1940s, Stu had launched the western Canadian promotion that became Stampede Wrestling, with Helen helping to transform it into a mom-and-pop organization by handling scheduling, advertising and payroll. While business waxed and waned for many years, Stampede regularly featured some of the biggest names in the business, including Gorgeous George, Killer Kowalski and Andre the Giant.

Along with running the show, Stu achieved a level of notoriety for personally training burgeoning talent in the basement of his Calgary mansion, with many who survived his rough-and-tumble methodology in the aptly nicknamed "The Dungeon" going on to success in Stampede and elsewhere.

Meanwhile, the promoter and his wife developed their own in-house roster of athletic talent by raising a family that grew to include 12 children.

As described in Pain and Passion: The History of Stampede Wrestling, all eight of the Hart boys found themselves involved in the family business in some form. The second and third oldest, Bruce and Keith, became Stampede champions, with Bruce also rising to the position of booker; the fourth oldest, Wayne, made his name as a referee; son No. 7, Ross, found his niche as a trainer and TV producer; while the oldest, Smith, and fifth oldest, Dean, both sporadically wrestled between other ventures.

And while the girls were spared the horror of training in the Dungeon and paying their dues on endless road trips, all four deepened their ties to the industry by marrying wrestlers employed by their father: Ellie to Jim "the Anvil" Neidhart, Georgia to B.J. Annis, Alison to Ben Bassarab and Diana to Davey Boy Smith, aka the British Bulldog. 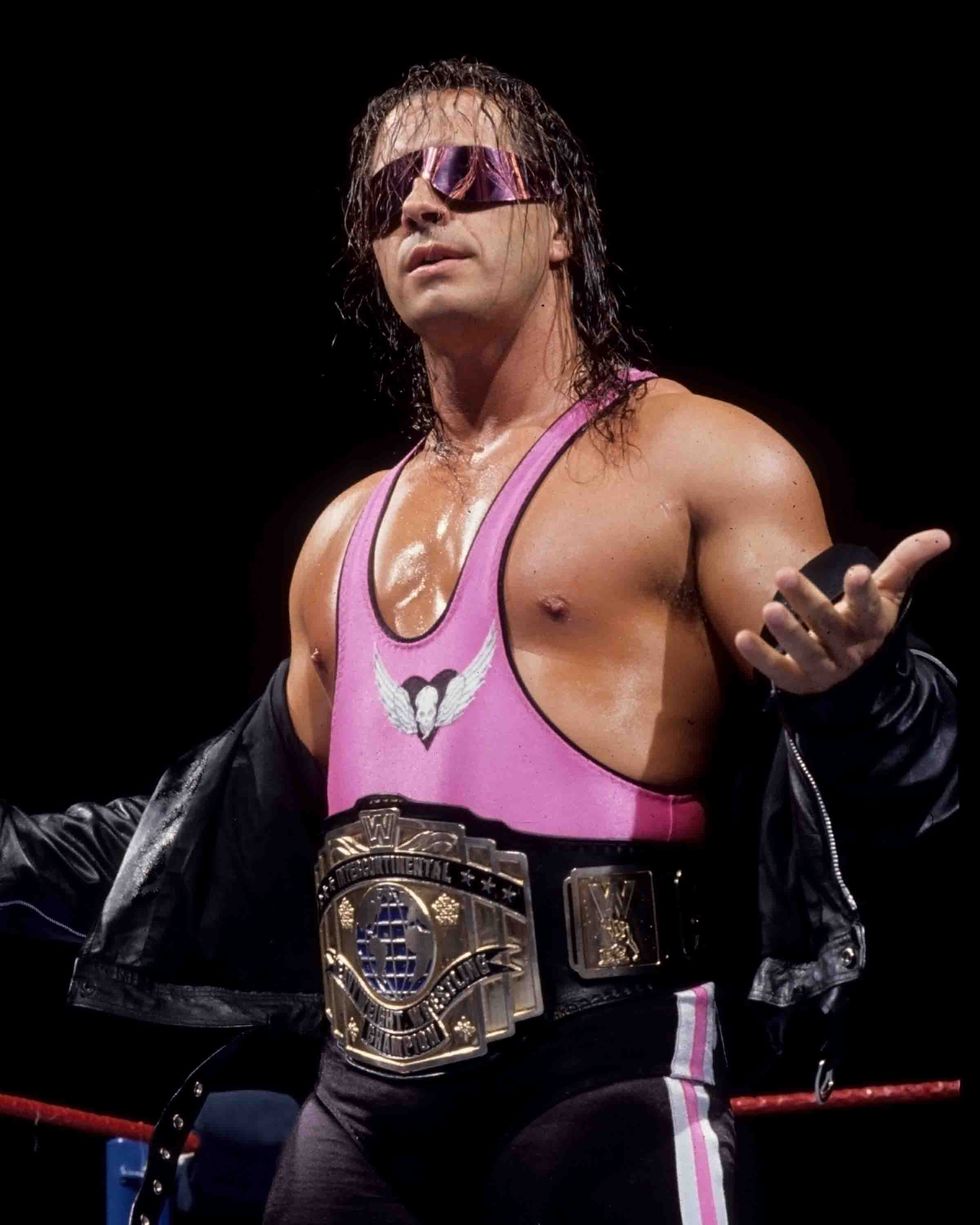 The Harts hit the big time as WWE stars

A new era for the Harts began with the sale of Stampede Wrestling to WWE in 1984, which brought four of the top Canadian talents – Bret, Neidhart, Smith and Tom "Dynamite Kid" Billington – to American audiences.

The quartet found success in their respective partnerships: Cousins Smith and Billington became tag-team champions as the British Bulldogs before they were knocked off by the pink-and-black clad Bret and Neidhart, who had joined forces under the mouthy and unrelated manager Jimmy Hart as the Hart Connection.

Bret's ascent as a solo superstar brought more attention to the family, as announcers played up his lineage and years of hard-knock training in the Dungeon. As such, when Smith challenged Bret for the intercontinental belt at SummerSlam 1992, it was an easy call to get relatives involved in the drama. Promos showed mom Helen "crying" over the family strife, while cameras cut to a tense Diana during the match as her brother and husband took turns violently hitting the mat before all three hugged in the aftermath of the Bulldog's win.

The youngest Hart, Owen, also soon emerged as a capable performer in WWE. Following an early stint as the Blue Blazer, and his own brief tag-team partnership with Neidhart, the baby of the family saw his visibility increase through his heavily promoted sibling rivalry with Bret. The two engaged in a heated opening match at 1994's WrestleMania X, with Owen emerging as the surprise victor, and they later roped Helen back into the proceedings at that year's Survivor Series, when Owen coerced their mom into throwing in the towel for a match that cost Bret his championship belt.

The family recovered from setbacks to discover new successes

While the Harts all enjoyed brushes with fame to varying degrees, they also shared plenty of heartache along the way. Dean died from Bright's Disease at age 36, while 34-year-old Owen plummeted to his death after an attempted high-flying entrance to a 1999 event went horribly wrong. Bret retired from full-time wrestling the following year, undone by multiple concussions, and the passing of Helen and Stu shortly after that marked the formal end of an era.

But the family recovered from the setbacks and forged ahead with the lifestyle that had brought its greatest successes. Bret and Ross revived Stampede Wrestling in 1999, while audiences became invested in the fortunes of a new generation of talent that included Teddy Hart (son of Georgia and Annis), Davey Boy Smith Jr. and especially Natalya Neidhart, who filled some massive shoes by becoming a WWE Divas, SmackDown and tag-team champion.

The mom-and-pop aspect of the business may be a relic of the past, the hallowed training ground of the Dungeon no more, but the proud heart of this pro wrestling dynasty keeps on beating.