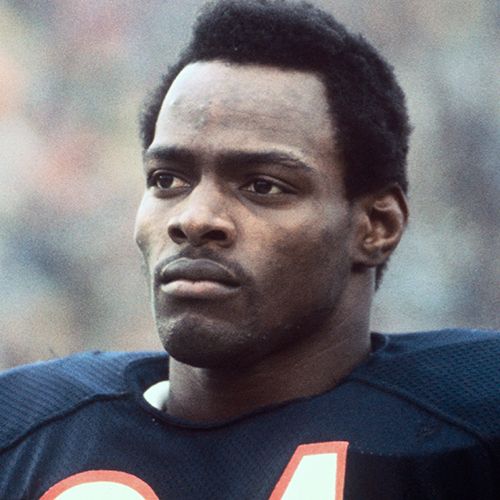 Who Was Walter Payton?

Nicknamed "Sweetness," Walter Payton was a star running back for the Chicago Bears, establishing multiple records and earning nine Pro Bowl selections during his Hall of Fame career. Also known for his charitable work, Payton succumbed to bile duct cancer on November 1, 1999.

Walter Jerry Payton was born on July 25, 1954, in Columbia, Mississippi. Known by the nickname "Sweetness," Payton was admired both for his astonishing football skills and his generous off-the-field personality.

Payton first began to attract national attention as a halfback at Jackson State University, making the starting lineup his freshman year in 1971. He was selected for the All-American team and was named the Black College Player of the Year in 1973 and 1974. In his four years at Jackson State, Payton rushed for more than 3,500 yards and scored more than 450 points, showing fans and opponents alike just what a versatile and talented player he was. Off the field, he showed his interest in helping others, studying education with an emphasis on working with the deaf.

Payton continued to excel after joining the NFL's Chicago Bears in 1975. Known for both his speed and power, he rushed for a single game-record 275 yards in 1977, finishing the year as the league MVP.

Payton went on to earn nine Pro Bowl selections, his efforts annually propelling the Bears into playoff contention. Nearing the end of his career, he finally earned a Super Bowl ring when Chicago knocked off the New England Patriots in January 1986.

After retiring, Payton explored business opportunities in several fields, including real estate, restaurants and race cars. Living up to his nickname, he spent much of his time working to make life better for other people, primarily through the efforts of the Walter Payton Foundation.

In early 1999, Payton revealed he had primary sclerosing cholangitis, a condition in which the bile ducts are blocked. He died on November 1 of that year of cholangiocarcinoma (bile duct cancer), but not before helping to raise awareness of the rare disease.

The football great was survived by his wife, Connie, and two children, Jarrett and Brittney. His charitable organization became the Walter and Connie Payton Foundation, with his wife taking over the foundation's mission of helping children and veterans.