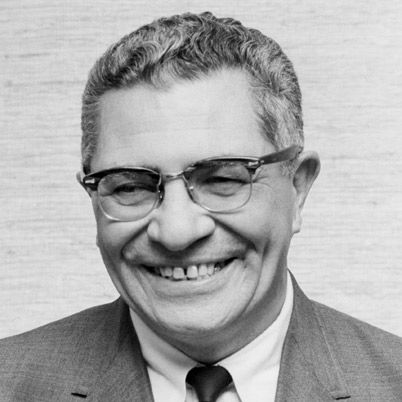 Who Was Vince Lombardi?

As head coach and general manager of the Green Bay Packers, Vince Lombardi led the team to three NFL championships and to victories in Super Bowls I and II (1967 and 1968). Because of his success, he became a national symbol of single-minded determination to win. As coach, general manager and part owner of the Washington Redskins, Lombardi led that team to its first winning season in 14 years in 1969. He died from colon cancer in 1970.

Vincent Thomas Lombardi was born in Brooklyn, New York, on June 11, 1913. The oldest of five children and the son of an Italian immigrant, Vince Lombardi was steeped in a life dominated by the Catholic Church. At the age of 15, Lombardi enrolled at the Cathedral College of Immaculate Conception, where he intended to study to become a priest.

Two years later, however, Lombardi changed his mind and bolted for the St. Francis Preparatory School. There, he starred as the football's fullback, paving the way for a football career at Fordham University. At Fordham, Lombardi was one of the football team's "Seven Blocks of Granite," a nickname for the team's sturdy offensive line.

Following a short stint as a pro football player, Lombardi started studying law, before getting swayed back to the field as a coach at St. Cecilia High School in Englewood, New Jersey. He stayed there for eight seasons and then left for a new coaching position at Fordham in 1947.

Lombardi's coaching career at his old university was brief, with a wish to replace head coach Ed Danowski that never came to fruition. In 1949, Lombardi left for West Point, where the iconic Red Blaik hired him as offensive line coach. Lombardi stayed at West Point for five seasons before packing his bags again, this time for the NFL, as offensive coordinator for the New York Giants.

Lombardi's five seasons in New York, which included a league title in 1956, only elevated his status and his value to NFL owners. In 1959, Lombardi changed employers again, when he signed a five-year deal to head up the Green Bay Packers.

Under Lombardi's tight-fisted leadership, the struggling Packers were transformed into hard-nosed winners: Over the course of his career with the team, he led the club to a 98-30-4 record and five championships, including three straight titles, from 1965 to 1967. The team never suffered a losing season under the Hall of Fame coach.

After retiring from coaching following the 1967 season and working strictly as the Packers' general manager, Lombardi left Green Bay in 1969 to return to the field as the head coach of the Washington Redskins. With his new franchise, Lombardi proved to have his old touch, leading the club to its first winning record in 14 years.

A second year with the Redskins, though, never materialized for Lombardi. In the summer of 1970, he was diagnosed with an aggressive form of colon cancer. He died nearly two months later, on September 3, 1970.

As a tribute, the NFL's Super Bowl trophy was named in his honor shortly after his passing. In 1971 the late coach was inducted into the Pro Football Hall of Fame.