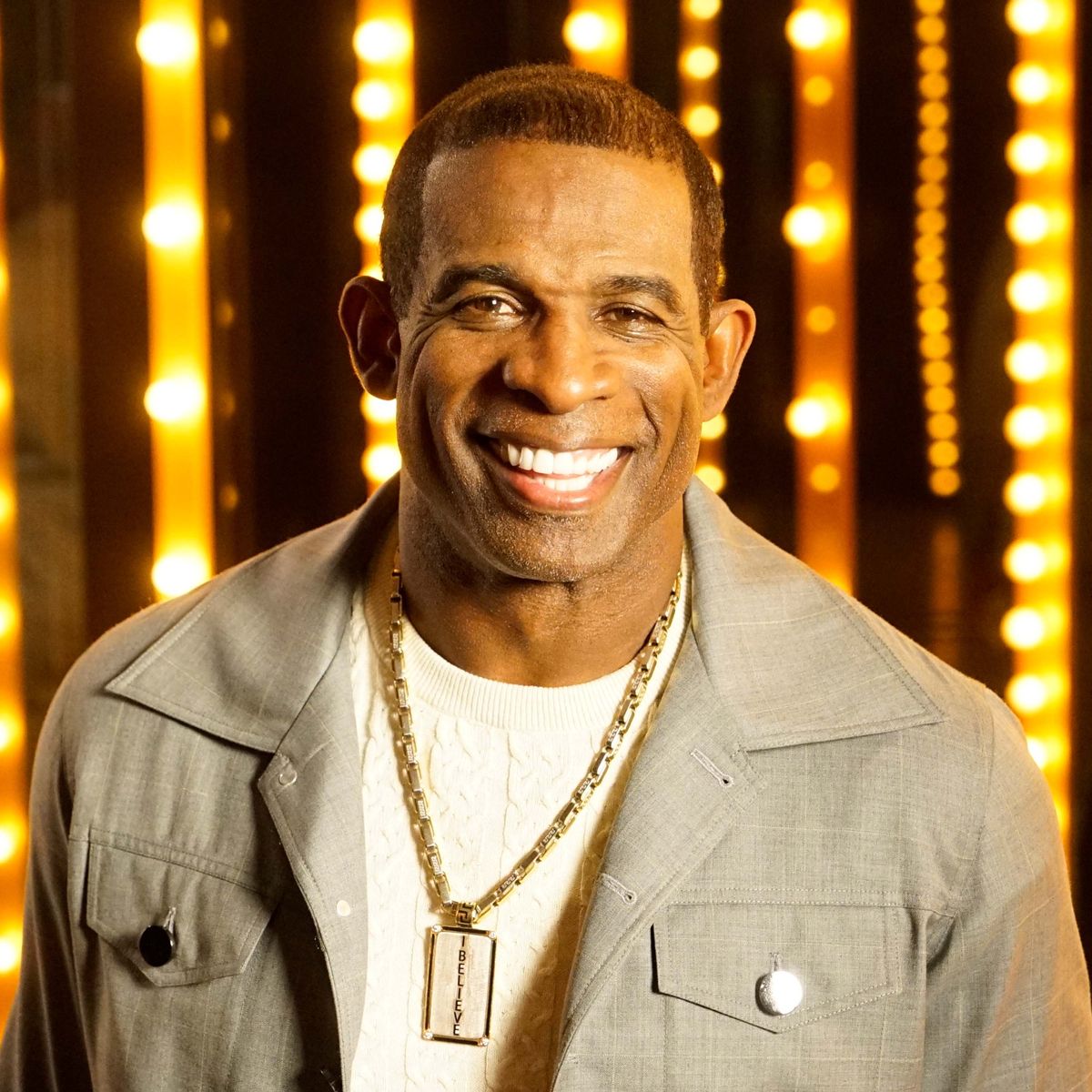 Who is Deion Sanders?

After Deion Sanders, one of the most electrifying athletes to ever play sports, was drafted by the Falcons in the 1989 NFL draft, he also signed on to play baseball with the New York Yankees. Playing for both teams, he became the only athlete ever to hit a home run and get a touchdown in the same seven-day period. He is also the only athlete to ever compete in the World Series and a Super Bowl.

Born August 9, 1967, in Fort Myers, Florida, by the age of eight, he was competing in organized baseball and football. At North Fort Myers High School, Sanders was all-state in football, baseball, and basketball. On the football field, he played both cornerback and quarterback. On the basketball court, he could score with ease. After one particularly hot night of shooting that saw Sanders score 30 points, a friend nicknamed him "Prime Time", a moniker that's stuck ever since.

For college, Sanders elected not to venture too far and enrolled at Florida State, leading the Seminoles baseball club to the College World Series, and its football team to the Sugar Bowl.

At Florida State, Sanders dropped basketball, choosing instead to become just a two-sport athlete. But the experiment didn't last long, and Deion soon found himself on the school's track team, helping it win a conference championship.

Sanders finished his career at Florida State as a two-time All American with 14 interceptions, and a 1988 Jim Thorpe Award win for top defensive back. He was selected fifth overall by the Atlanta Falcons in the 1989 NFL draft. At the time, the thinking was that Sanders would concentrate solely on football, but "Neon Deion" as he was sometimes called, had other things in mind.

He signed on to play with the New York Yankees, taking the outfield for the summer of 1989 for the franchise's Triple-A club in Columbus, Ohio. When he was called up to the parent club, he hit his first home run against Seattle on September 5. That same week, after a protracted contract negotiation period, Sanders and the Falcons agreed on a four-year $4.4 million deal. Three days after inking the deal, he justified the big money by running back his first punt for a score, making him the only athlete ever to hit a home run and get a touchdown in the same seven-day period.

But the ease with which Sanders turned himself into an elite football player wasn't there for him on the baseball diamond. His big personality clashed with the game's more conservative personality. He got into an on-the-field tussle with Carlton Fisk, one of the game's great catchers. He then dumped a bucket of ice water on Tim McCarver's head on-camera out of revenge for comments the television broadcaster made about Sanders.

It didn't help that Sanders struggled at the plate. Following the 1990 season, in which he hit just .171 for the Yankees, Deion was released. He found a new home with the Atlanta Braves, experiencing a bit more success. The team reached the World Series, where Sanders hit .533 — and in the 1992 season he hit .304 with 14 steals.

His best season came in 1997 with the Cincinnati Reds, which saw Sanders tally 127 hits and steal 56 bases. After sitting out the next few seasons, Sanders returned to baseball and the Reds in 2001 for one final year, playing 32 games and hitting a disappointing .173.

Football, however, was another matter. After five seasons with the Falcons, Sanders signed a one-year deal with the San Francisco 49ers in 1994. For his new team, Deion tied a franchise record with interception returns for touchdowns, collected Defensive Player of the Year honors, and led the club to a Super Bowl title. He continues to be the only athlete to ever compete in World Series and a Super Bowl.

But his time with San Francisco was short. That off-season, he signed a new seven-year contract worth $35 million with the Dallas Cowboys. Just as he'd done the year before with the 49ers, Sanders led his team to a Super Bowl win. The next season Sanders made history when he played both wide receiver and defensive back, the first NFL player to do that in nearly four decades. For the season, he nabbed 36 passes for 475 yards.

While further championships never arose for Sanders, he continued to force opposing quarterbacks to avoid his side of the field. After his release from the Cowboys in 2000, Sanders signed a new deal with the Washington Redskins. He collected four more interceptions that year, but at the end of the season Sanders retired and headed upstairs to the comfortable confines of the television booth.

For the next two NFL seasons, Sanders added his brash analysis to CBS's NFL Today pre-game show. But when the network balked at Sanders' insistence that it double his $1 million annual salary, he came out of retirement, signing on with the Baltimore Ravens. Sanders ended up playing two years with the club, collecting five interceptions during that time to bring his career total to 53.

In 2008, Deion & Pillar: Prime Time Love, a reality show that documents the life of Sanders, his wife Pilar, and their kids as they try and make it in a small town in Texas premiered. Sanders and Pilar were married in 1999. It is Deion's second marriage.