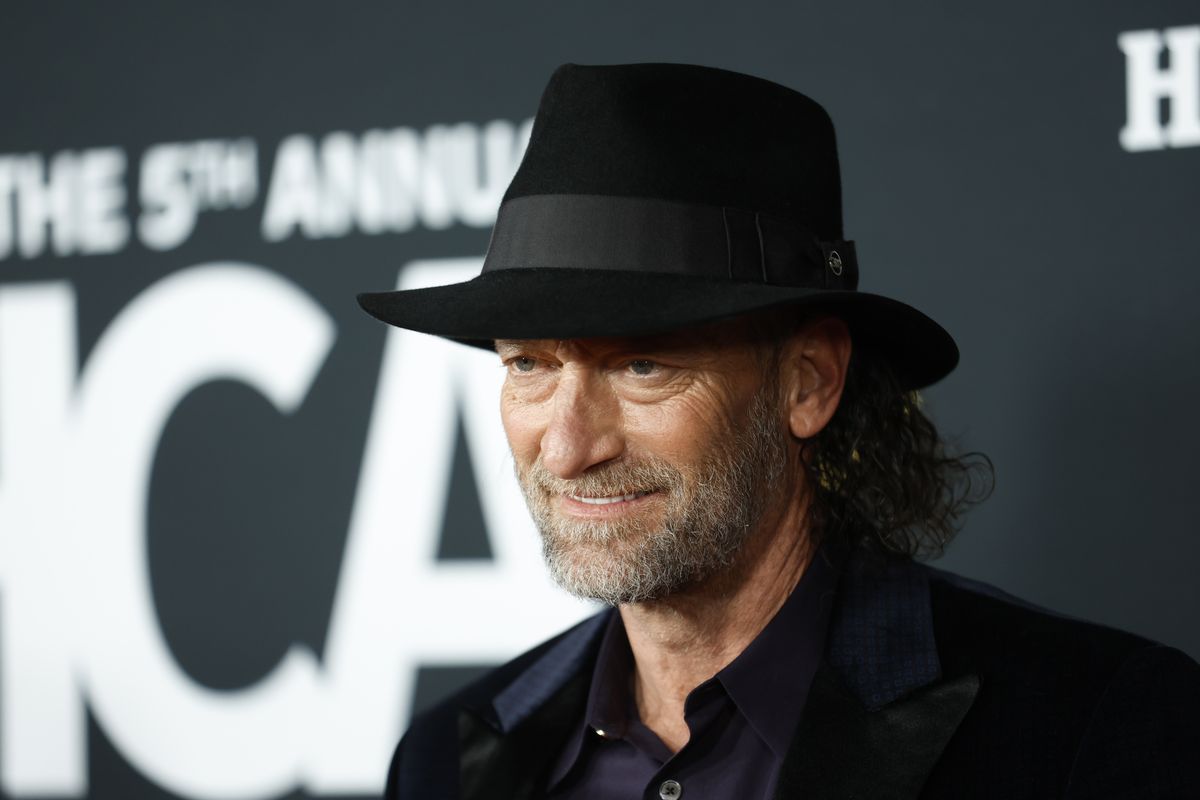 Who Is Troy Kotsur?

Troy Kotsur is the first deaf male actor, and the second deaf actor, to receive an Oscar. He won the Academy Award for Best Supporting Actor for his breakthrough role in the movie CODA (2021). Kotsur is also the first deaf actor to win and be nominated for a SAG Award in an individual acting category. Prior to his role in CODA, Kotsur appeared on TV series such as Criminal Minds and acted in numerous theatrical productions, including an American Sign Language adaptation of Big River: The Adventures Of Huckleberry Finn on Broadway. He is married to fellow performer Deanne Bray, with whom he has one daughter. Kotsur said he hopes his success inspires young deaf and hard-of-hearing people to pursue their dreams.

Troy Kotsur was born to Jodee and Len Kotsur in Mesa, Arizona, on July 24, 1968. Kotsur's mother realized he was deaf when he was 9 months old. His parents and brothers learned ASL to communicate with him.

Growing up in Mesa, Kotsur played basketball and watched episodes of Tom and Jerry because they didn't rely on verbal language. When he was 8 years old, he fell in love with Star Wars and its visual storytelling. The movie sparked an early desire within Kotsur to become an actor.

Kotsur attended the Phoenix Day School for the Deaf before switching to Westwood High for his last two years of high school. At Westwood, he performed a pantomime skit that received a standing ovation and solidified his belief that acting would be his career.

In 1987, Kotsur started at Washington, D.C.'s Gallaudet University, a college for the deaf and hard of hearing. He studied theater but left before graduating to pursue acting.

In 1994, Kotsur moved to Los Angeles, where he found more opportunities on stage than in film and TV. He spent two years with the National Theatre of the Deaf and went on to appear in more than 20 Deaf West Theatre productions. The Los Angeles-based theater company showcased Kotsur in plays such as Of Mice and Men, Cyrano, Spring Awakening, True West and A Streetcar Named Desire. In Streetcar, Kotsur played Stanley Kowalski and opted to use his voice to shout the show’s iconic line, "Stella!"

In 2003, Kotsur starred on Broadway in an ASL production of Big River: The Adventures Of Huckleberry Finn. He played Huckleberry Finn's drunkard father, Pap, alongside a hearing actor.

Kotsur appeared on TV in episodes of Criminal Minds, Scrubs and CSI: New York; and in independent films such as Wild Prairie Rose. He directed No Ordinary Hero: the SuperDeafy Movie and children's plays at Deaf West Theatre. Directing was an initial career choice for Kotsur, but he felt Hollywood would have been even less accepting of a deaf director and focused on performing instead.

Additionally, Kotsur was cast as a Tusken Raider in a 2019 episode of The Mandalorian. Kotsur, who came up with his own sign language for the role, was the first deaf actor to appear in a Star Wars production.

Though Kotsur regularly found work as an actor, it wasn't an easy career path for him. He was often rejected for roles. "I really struggled," he said in a 2022 interview. "I would take whatever job I could no matter whether it was small or large."

In CODA (2021), Kotsur portrayed fisherman Frank Rossi, a deaf man who can't understand why his hearing daughter, who translates the hearing world for him, wants to sing. The movie's title stands for Children of Deaf Adults, a reference to hearing children who grow up in households where ASL is the primary language.

CODA's producers wanted to hire a well-known hearing actor until the director shared Kotsur's audition. Kotsur was pleased that the film allowed him to work with other deaf actors. He shared the screen with Daniel Durant, who played his son, and Marlee Matlin, who played his wife. Emilia Jones portrayed his character's hearing daughter.

CODA presented Kotsur the opportunity to act with Marlee Matlin, whom he viewed as a mentor. Seeing Matlin win an Oscar in 1987 for Best Actress in her debut film “Children of a Lesser God” helped encourage Kotsur to pursue his own acting career. (Matlin was the first deaf performer to be nominated for and win an Academy Award.) The two first became acquainted when Matlin attended some of Kotsur's Deaf West Theatre productions.

While making CODA, Kotsur got to know the fishing community and daily routine of his character and adjusted his sign language to reflect that of a fisherman who wears heavy gloves. After production wrapped, it took months before he was willing to shave off the bushy beard he'd grown for the role because he still felt attached to the character.

Since CODA's release, Kotsur has been lauded for his performance. He became the first deaf actor to receive an individual nomination for a SAG Award, then won the award for outstanding performance by a male actor in a supporting role. (A video of Kotsur falling off a chair after learning he'd been nominated for a BAFTA went viral online shortly after the announcement.). He then went on to win the Academy Award for Best Supporting Actor.

Kotsur is currently working on Flash Before the Bang, a movie about an all-deaf track team at the Oregon School for the Deaf that won a state championship in 1986. It will feature multiple deaf actors.

Kotsur met Deanne Bray, a deaf actress, while performing with the National Theatre of the Deaf in 1993. They later worked together in different stage productions. The pair were friends at first but became romantically involved in 1997. Kotsur and Bray married in 2001. Bray starred in the TV series Sue Thomas: F.B.Eye which Kotsur had a recurring role in.

Kotsur and Bray have one daughter, Kyra, who is hearing and communicates in both English and ASL. Just like in CODA, Kyra is a musician. Kotsur has said he touches the piano and guitar as she plays to feel the vibrations of her music, an interaction similar to the one he shared with his onscreen daughter.