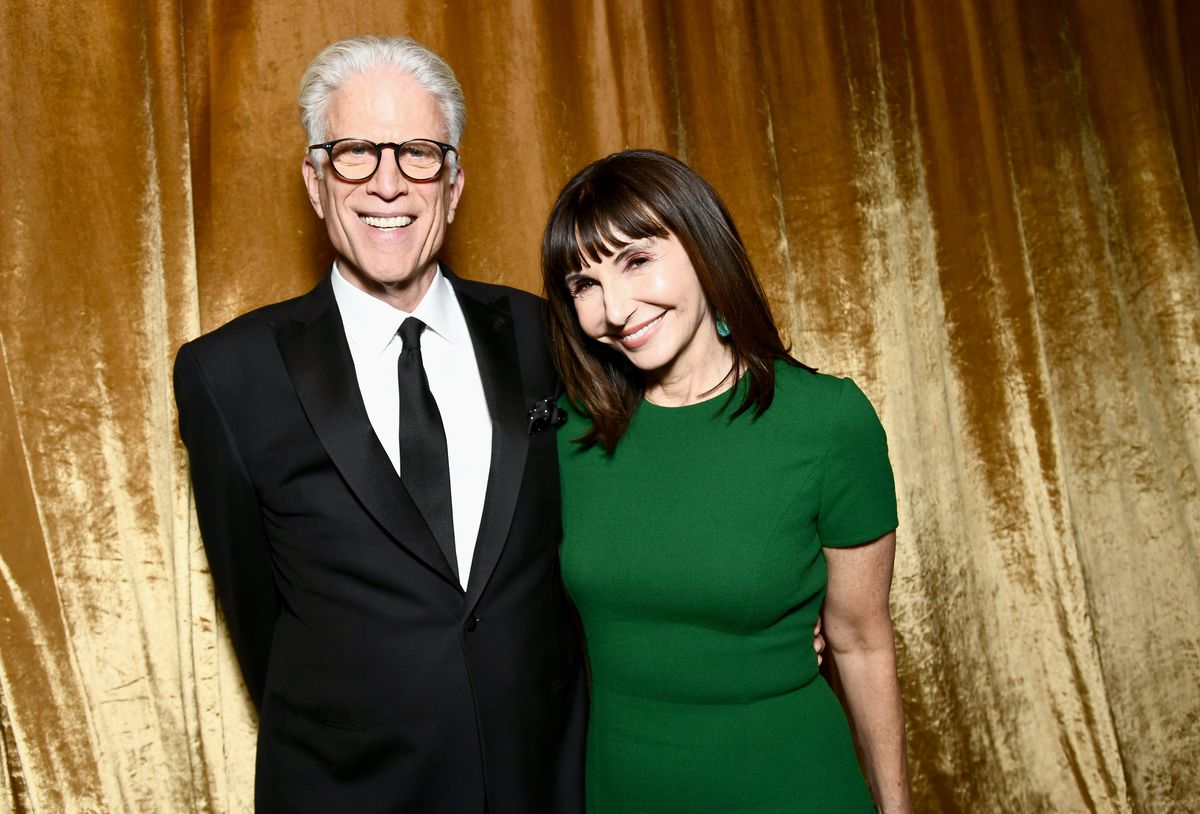 Ted Danson and Mary Steenburgen have something rare in Hollywood: a marriage that has lasted over a quarter of a century. Even though they've been together for so long, they still make sure to gush about one another publicly.

“I’m madly in love with Mary Steenburgen,” Danson told Us Weekly in 2017. “She’s a remarkable human being, so I’m just incredibly blessed.”

Steenburgen had gushed similarly about her partner, telling Today, “I’m in love. I kind of honestly feel like when I was a little girl, all that stuff I put out in the universe about who I wanted, I somehow manifested that.”

The two first met on the set of the 1994 film Pontiac Moon, in which they played a married couple. At that point, Steenburgen had two children, Lilly and Charlie, from her previous marriage to actor Malcolm McDowell from 1978 to 1990, and Danson was also a father of two to Kate and Alexis from his second marriage to Casey Coates from 1977 to 1993. He was also married to Randy Danson from 1970 to 1975.

“We met when we were 40 and 45, and we had lived a bit,” Steenburgen told People in 2018. “We met at a time when both of us had stared down some demons within ourselves and that was lucky that we met then.”

She admitted that had some preconceived notions about him, perhaps because of the flirty character he played on Cheers from 1982 to 1993. “I actually believed that he was sort of superficial and slick,” she told CBS This Morning in 2013.

It didn’t help that he had also grown his hair out for a role at the time, she said of her first impression being, “This is the most ridiculous creature I’ve ever met in my entire life,” while Danson quickly jumped and said, “And she was mine from that moment on.” 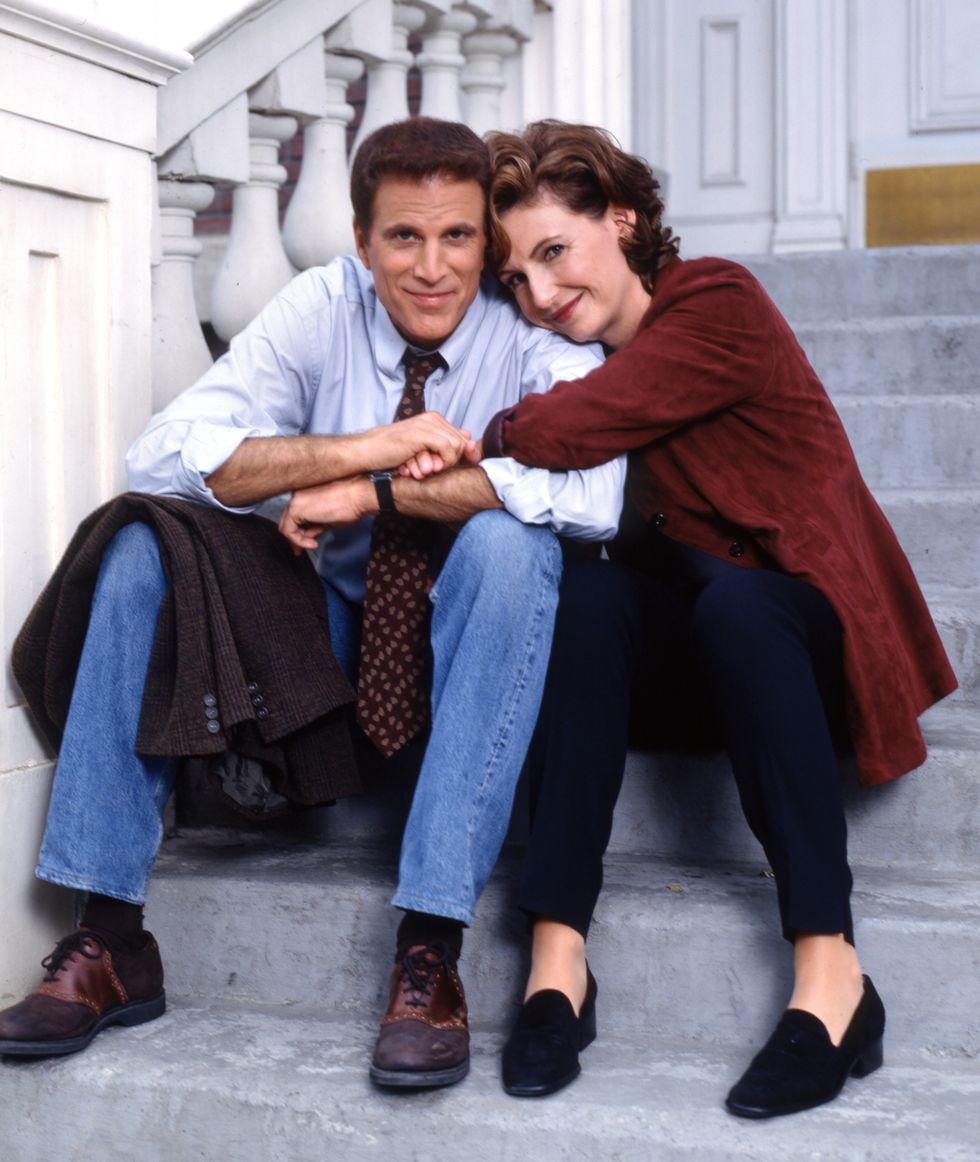 Their 1995 wedding was a star-studded event

Both had been in the spotlight for many years at the time of their October 1995 wedding, and their guest list of about 150 people was quite star-studded. Held at Danson’s $1 million Chilmark home in Martha’s Vineyard, guests reportedly included Tom Hanks, Bruce Springsteen, Carly Simon, James Taylor and Jack Nicholson.

But the most famous guest was Bill Clinton, who was president at the time. Bill, as well as First Lady Hillary Clinton and daughter Chelsea all attended the rehearsal dinner at Menemsha’s Beach Plum Inn, where Danson had proposed to Steenburgen, and the private ceremony, according to the Chicago Tribune.

The family had long known Steenburgen as a friend from Arkansas. “We've known her for many years, and we wish Mary and Ted and their families much love and happiness,” Hillary Clinton said, according to the paper. Bill also attended the 2010 wedding of Steenburgen’s daughter Lilly in Martha’s Vineyard. 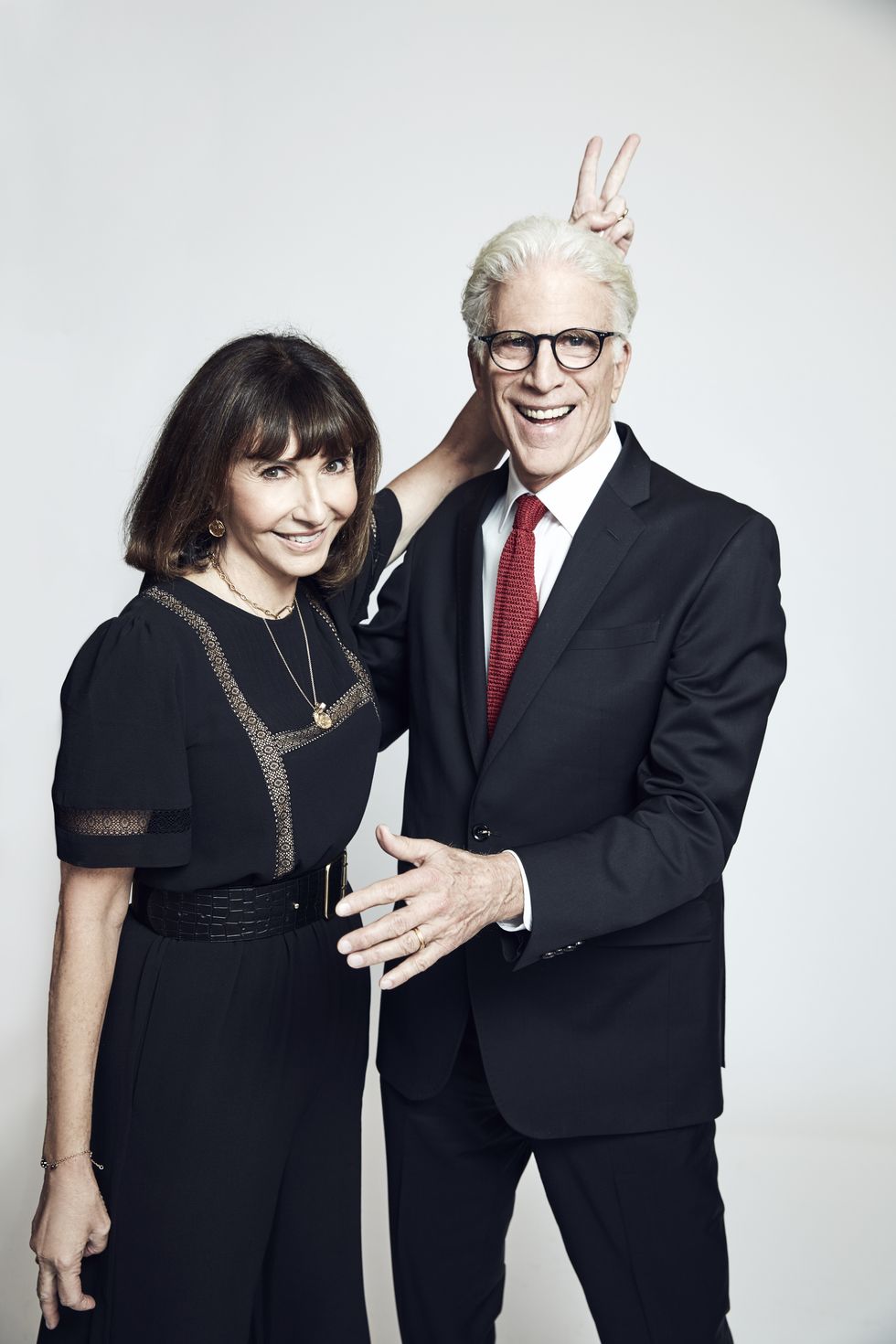 Over the years they've learned to balance their demanding work schedules

Their demanding schedules don’t always match up, but they understand the position they’re each in and support one another in little ways. “He is just kind to me every single day,” Steenburgen told People. “If he has an early call, I try to get up while it’s still dark and make him coffee and send him off and he does the same for me. I think it’s those little kindnesses that completely make up our life that are so appreciated.”

Steenburgen also started writing music, and Danson is proud to be a groupie. “I’m following her around, she writes music, she goes to Nashville,” he told Us Weekly in 2017, around the time he was wrapping a season of The Good Place. “So now I get to follow her and go wherever she goes.”

She echoes the sentiment of being able to share life’s moments — both big and small — with him. “[Our love] just gets more profound and deeper as we go through the blessings and joys, but also the hurdles, of life together,” Steenburgen admitted to People. “He is my partner in the deepest sense of the word in this life.”

That also includes sharing their blended family. “He is an amazing father, an amazing stepfather and an amazing grandfather,” she added in the 2018 interview. “We have been grandparents now for six years. We have two granddaughters, and they can’t stop climbing on him. They just adore him. They basically see him as a jungle gym. He is Teddy — that is their name for him, and they just adore him.”

After all these years, Danson is also still on Cloud Nine. “It feels like heaven on Earth,” he told Us Weekly. “If I were to die, I can say, I know what it’s like to be loved and to love.”

Steenburgen articulates that same romantic grandeur, telling People, “I would literally sign up for 100 more lifetimes with him.”

In an Instagram post on their 25th anniversary, Steenburgen perfectly captures their love: “Thank you for making me laugh today and every single one of the last 9,125 days. You are the goofiest, wisest, kindest, dreamboat in the world.”