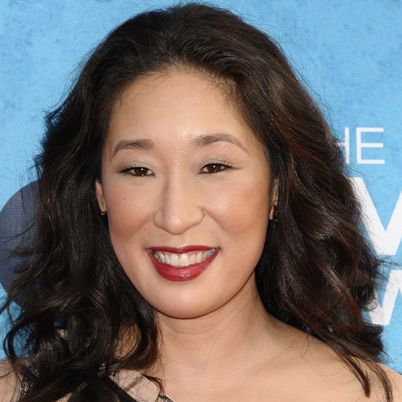 Who Is Sandra Oh?

Sandra Oh is a Canadian actress born on July 20, 1971, in Nepean (now Ottawa), Ontario, Canada. The daughter of Korean immigrants, Oh started her performance career as a child. She attended the National Theatre School of Canada, and at age 19 had her breakthrough role in the television biopic The Diary of Evelyn Lau (1993). Her performance garnered a Gemini nomination and the 1994 Cannes FIPA d'Or for Best Actress. In 1996, Oh moved to Los Angeles to join the cast of HBO’s comedy Arli$$. Roles in films like Under the Tuscan Sun (2003) and Sideways (2004) followed. She then landed the role of Dr. Cristina Yang in the hit TV series Grey's Anatomy (2005), which garnered her numerous award nominations over the course of her 10 years on the show. In 2018, she found more success as the star of BBC America's spy drama Killing Eve.

Actress Sandra Miju Oh (her middle name means "pretty pearl" in Korean) was born on July 20, 1971. Oh's father Joon-Soo (John) and mother Young-Nan emigrated from South Korea to study economics and biochemistry, respectively. Sandra Oh and her siblings were raised in a suburb of Nepean (now Ottawa), Canada, where they were active in the tight-knit local Korean community. "Wherever Koreans are, they set up a church," Oh said of her childhood. "There weren't many of us, maybe 10 families, so [ours] was like a church in the basement of a church."

Oh's parents put her in ballet at the age of 4 in hopes of correcting her natural pigeon-toed gait, a move that had the unintended consequences of sparking a love of performing. At age 10, Oh appeared in her first play, The Canada Goose. By the age of 15, the honor student started booking professional gigs in television, theatre and commercials.

When it came time for her to attend college, and Oh turned down an academic scholarship in favor of the National Theatre School of Canada, her parents balked. "They didn't see that there was any meaning to being an actor," Oh said. "It was like, 'What are you doing for society? Are you being a good Christian?' They were classic immigrants—they wanted their children to become doctors or lawyers." Oh ended up at the prestigious drama school anyway, paying her own tuition.

Oh's big break came when she beat out more than 1,000 other actresses for the title role in The Diary of Evelyn Lau, a television biopic about a tortured, young Chinese poet. "When she came in to the audition, she asked for a moment to focus herself. Then she lay on the floor for five minutes," director Sturla Gunnarsson said. "I thought it was remarkable that at 19 she had the confidence— and audacity—to do that." For her debut performance, Oh won a Gemini (Canada's equivalent of the Emmy Award) nomination and the 1994 Cannes FIPA d'Or for Best Actress. She still considers the film one of the best she's ever done.

'Arli$$' and Other Film Work

After a few lean years as a struggling actress (boosted by a lucky $5,000 scratch-off lottery ticket she won when she was nearly broke) Oh was cast as sassy assistant Rita Wu in the HBO comedy Arli$$, for which she won a Cable Ace award. Oh moved to Los Angeles in 1996 to work on the show, which ran seven seasons. She also appeared in movies like Under the Tuscan Sun, Bean and The Red Violin, as well as the television shows Six Feet Under and Judging Amy.

In 2003, Oh married director Alexander Payne, who cast her in his upcoming movie, Sideways. The small, independent film about two male friends touring California's wine country amid their midlife crises became a surprise hit, and was nominated for five Academy Awards. Oh won critical acclaim for her supporting performance as a wine pourer who memorably throttles co-star Thomas Haden Church in one classic scene. The real-world marriage between Oh and Payne did not fare so well, though; the two split in 2005 and finalized their divorce in 2007.

Oh's performance in Sideways helped her land a starring role in the new medical drama series Grey's Anatomy, which premiered in 2005. Oh played Dr. Cristina Yang, a ruthlessly ambitious medical intern. "I've always tried to play Cristina with a tremendous amount of focus and ambition—which is the reality for a female surgeon," Oh said.

Fans loved the show and Oh's performance as Cristina, leading to a Golden Globe win and numerous Screen Actor's Guild and Emmy nominations. "I've never met an actress as conscious, as analytical, as Sandra," said co-star Chandra Wilson. "She thinks about every word coming out of her mouth."

In August 2013, Oh announced she would be wrapping up her run on Grey's Anatomy at the end of the upcoming 10th season, leading to her final appearance as Cristina Yang on May 15, 2014.

In April 2018, Oh resurfaced on the small screen in BBC America's Killing Eve. Based on Luke Jennings's Codename Villanelle novellas, the series features Oh as British intelligence agent Eve Polastri, who becomes obsessed with stopping angel-faced assassin Villanelle, played by Jodie Comer. Earning a renewal for season 2 before the first episodes even aired, Killing Eve impressed its audience, with The New York Times calling it "entertaining, clever and darkly comic."

In July, it was announced that Oh had scored an Emmy nomination for Outstanding Lead Actress in a Drama Series, making her the first woman of Asian descent to be so honored. Telling The Times that she wanted to celebrate the milestone, she said, "I’m happy to get that ball rolling, because what I hope happens is that next year and the next year and the next year, we will have presence. And the presence will grow not only to Asian-Americans, you know, from yellow to brown, but to all our other sisters and brothers."

Shortly after season 2 debuted in April 2019, Oh and her co-stars learned that Killing Eve was being renewed for a third season.