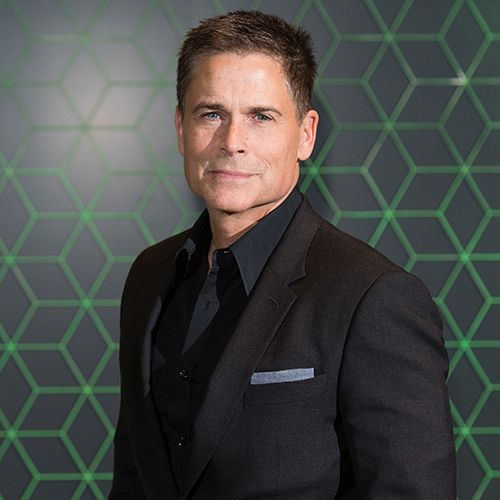 Who Is Rob Lowe?

Actor Rob Lowe became a Hollywood heartthrob with starring roles in St. Elmo's Fire (1985) and About Last Night... (1986). Following an incident with a female minor, he disappeared from the public eye for several years, before reestablishing himself on the popular drama The West Wing. Later successes included featured roles on Brothers & Sisters and Parks and Recreation, as well as a Golden Globe nomination for his work on The Grinder.

Lowe was born Robert Hepler Lowe on March 17, 1964, in Charlottesville, Virginia, the son of Chuck and Barbara Lowe, a trial lawyer and retired teacher, respectively. His younger brother Chad also became an actor, and at one point was married to actress Hilary Swank.

Lowe rose to fame on the big screen in the early 1980s as a member of the Brat Pack, along with other young actors like Emilio Estevez, Molly Ringwald and Judd Nelson. He starred in The Outsiders and Class in 1983, St. Elmo's Fire in 1985 and About Last Night... in 1986. These roles made him one of the hottest young heartthrobs of the 1980s.

Working his way back into the public eye, Lowe made appearances in the feature films Wayne's World (1992), Contact (1997), Austin Powers: The Spy Who Shagged Me (1999) and The Specials (2000). However, his true comeback as an actor and star came in 1999, when he returned to the small screen to appear alongside Martin Sheen in the well-reviewed TV drama series The West Wing. Lowe was cast in the ongoing role of Sam Seaborn, Deputy Communications Director. In 2002, he announced he was leaving the hit show as a result of stalled salary negotiations.

In 2003, Lowe signed on to star in the short-lived drama The Lyon's Den, playing an up-and-coming attorney struggling to distance himself from his well-known senator father. His subsequent headlining role in Dr. Vegas, about a casino doctor amid the temptations of Sin City, also quickly fizzled.

'Brothers & Sisters' and 'Parks and Recreation'

The actor regained his footing as Senator Robert McCallister on the drama Brothers & Sisters, progressing from a part-time to a featured role during the show's five seasons. He enjoyed a similar run while flexing his comedic chops on the sitcom Parks and Recreation, initially appearing in a guest role in 2010 before becoming a regular cast member.

In the meantime, he churned out two memoirs, Stories I Only Tell My Friends: An Autobiography (2011) and Love Life (2014).

Following his appearance in the finale of Parks and Recreation in 2015, Lowe began a new chapter of his career with a starring role on The Grinder. His performance as Dean Sanderson, an actor who takes advantage of his family-oriented younger brother, played by Fred Savage, was a hit with critics and garnered him a Golden Globe nomination. However, it never resonated with TV viewers and was canceled in 2016.

Lowe returned to the small screen in fall 2016 with the season 2 debut of Code Black, injecting another dimension into the medical drama as a military transplant fresh off the battlefield. That same year he took on the voice role of Simba in the animated series The Lion Guard, which aired through late 2019.

In 2017, Lowe and his sons plunged into the world of reality TV in the A+E series The Lowe Files, which chronicles their cross-country travels and explorations into unsolved mysteries. The actor continued to push into new territory the following year, this time taking on the director's chair for the first time in the television remake of the 1956 film The Bad Seed.

A busy 2019 had Lowe hosting the game show Mental Samurai and starring in the short-lived Wild Bill, as an American transplant hired as chief constable of a town in Lincolnshire, England. He closed out the year by co-starring with Kristin Davis in the Netflix romantic comedy Holiday in the Wild, before opening 2020 with the lead role in the Fox procedural series 9-1-1: Lone Star.

In 1988, Lowe made headlines with a scandal that involved a video camera and a female minor. Following the incident, Lowe took a couple of years off and retreated to Santa Barbara, California, where he overcame a drug and alcohol problem and concentrated on being a family man.