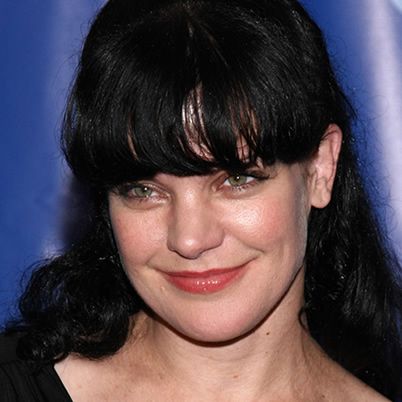 Who Is Pauley Perrette?

Actress Pauley Perrette initially intended to pursue a career in criminology, earning a masters degree at Valdosta State College. Her first big break came in 1996 with a recurring role on the legal drama Murder One, but she found her greatest success the following decade as forensic scientist Abby Sciuto on the crime drama NCIS. Perrette is also a musician and runs her own independent music label.

Actress, writer and singer Pauley Perrette was born on March 27, 1969, in New Orleans, Louisiana. Perrette moved around a lot as a child because of her father's job. The family lived in 14 different places, mostly in the southern United States. Perrette spent most of her teenage years in the Atlanta area, where she spent the majority of her time buried in books — particularly science textbooks.

After Perrette graduated from Crestwood High School, she began exploring her interests in science and criminology at Valdosta State College. She later earned a master's degree in criminology, and would have been a police officer or a federal agent had she not discovered acting.

Moving to New York City, Perrette worked as a bartender for a time, and a co-worker introduced her to a director. "I walked into this guy's office and was like, 'I was thinking maybe I could make $3,000.' And he hired me for commercials, short films, like 15 jobs in a row," Perrette told Entertainment Weekly.

'Murder One' to 'Time of Your Life'

Perrette's first big break came in 1996 with a recurring role on the legal drama Murder One. At the time, she used the stage name Pauley P. Two years later, she landed her first starring role on the short-lived sitcom That's Life. In 1998, she joined the cast of The Drew Carey Show for a handful of episodes as Carey's girlfriend, Darcy. Perrette again tried for television stardom with a part on 1999's Time of Your Life, a spin-off of the popular family drama Party of Five. Set in New York City, the show featured Jennifer Love Hewitt as a new arrival to the city, and Perrette played a building manager who befriends her. Only 12 episodes aired before the series was canceled.

On the big screen, Perrette landed small parts in such films as Almost Famous (2000) and The Ring (2002). She found her greatest success, however, on the small screen in 2003. That year, Perrette debuted on the crime drama NCIS as Abby Sciuto, an offbeat Navy forensic scientist known for her tattoos and goth fashion sense, alongside Mark Harmon and Michael Weatherly. Perrette emerged as a fan favorite during her long run on NCIS, until signing off after 15 seasons in May 2018.

Perrette returned to television in March 2020 with the CBS midseason replacement Broke. The sitcom features Perrette in the role of Jackie, a single mom dealing with the reentry of her estranged sister and newly penniless brother-in-law into her life.

For a time, Perrette showcased some of her other creative talents by writing a blog for NCIS, as well as creating her own blog. She stopped blogging in 2007, however, after she was stalked by a fan.

Music is another passion for Perrette. She was the lead singer for the punk band Lo-Ball. Working under the name Stop Making Friends, Perrette contributed a song, "Fear," to the first volume of the NCIS soundtrack. In addition to songwriting and performing, she runs her own independent music label, Go Records.

A dedicated activist, Perrette supports a number of causes and charities, including Save the Children and Habitat for Humanity. As a result of her stalking case, she became a vocal advocate for stalking victims and implementing stricter stalking laws.

Perrette was married to indie rocker Coyote Shivers from 2000 to 2006. She has also been engaged to cameraman Michael Bosman and actor Thomas Arklie.