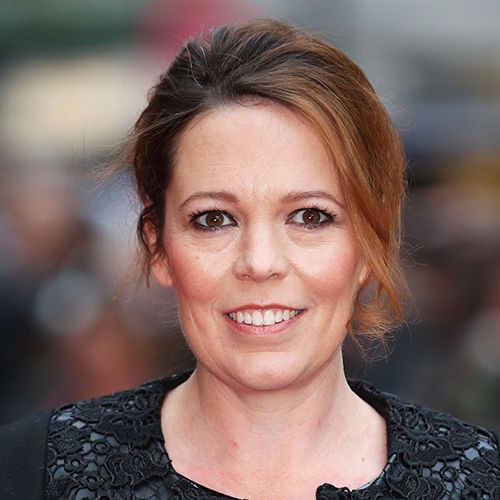 Who Is Olivia Colman?

Olivia Colman has worked steadily as an actress on British TV since the early- to mid-2000s in hit shows such as Accused, Mr. Sloane, Peep Show, and Broadchurch. She has also been seen in a number of movies made in the U.K., including The Iron Lady and Hyde Park on the Hudson. In 2017 she was tapped to play Queen Elizabeth II in Netflix's The Crown for the third and fourth seasons, and the following year she delivered an Academy Award-winning performance as Queen Anne in The Favourite.

Sarah Caroline Olivia Colman was born on Jan. 30, 1974, in Norfolk, England, where she subsequently grew up. Her mother was a nurse and her father was what is known in the United Kingdom as a “chartered surveyor,” which is a person who is an expert on the value, quality and characteristics of real estate, including buildings and the land they are situated on.

Colman attended a local private school, Gresham’s School. There, she had her first acting experience, a part in a school play, The Prime of Miss Jean Brodie, when she was 16.

After she graduated, she briefly considered pursuing a teaching career and took courses in teaching at Homerton College at Cambridge.

She met her future husband, Ed Sinclair, then a law student, at Cambridge. Still harboring an ambition to act, Colman followed him to acting school, Britain’s Bristol Old Vic Theatre School, where she graduated in 1999. The school’s alumni include Daniel Day-Lewis, Jeremy Irons, Patrick Stewart and others.

In addition to acting school, Colman’s gateway into acting came in the form of friendships made early in her career with the then-young English comedy team of David Mitchell and Thomas Webb. Known as Mitchell and Webb, the two would go on to star in three sketch comedy shows on British TV. Colman first made a name for herself as a comedic actress in their first show, The Mitchell and Webb Situation. She was also seen on their subsequent shows, That Mitchell and Webb Look and Peep Show.

'The Iron Lady,' 'Hyde Park on the Hudson'

Colman has appeared in The Iron Lady (2011), in which she played the daughter of Margaret Thatcher (played by Meryl Streep) and Hyde Park on the Hudson (2012) starring Bill Murray as Franklin Delano Roosevelt. In the movie, Colman played Lady Elizabeth, wife of King George VI of England and mother of Queen Elizabeth II.

When Streep delivered an acceptance speech after winning a BAFTA (British Academy of Film and Television Arts) Award for Iron Lady in 2012, she called Colman “divinely gifted.”

She later earned recognition and critical acclaim as a dramatic actress in movies such as 2011’s Tyrannosaur, in which she played a battered wife who turns on her husband and kills him. Other movies Colman has appeared in include: Locke (2013), The Thirteenth Tale (2013) and Lobster (2015).

Colman has become one of the most recognizable character actresses on British television thanks to a string of prominent hits in which she appeared, including Beautiful People (2008), Twelve Twelve (2011) starring Hugh Bonneville, Accused (2012), Rev. (2014), Mr. Sloane (2014) and Peep Show (2015).

She also notably guest starred in Doctor Who in 2010 on the episode "The Eleventh Hour."

Starting in 2013, her role in Broadchurch – as the lead detective in a child homicide case in a small seaside town – catapulted her into the ranks of leading actresses in the U.K.

Her profile rose even higher as the result of starring roles in The Night Manager in 2016 (alongside Tom Hiddleston and Hugh Laurie and Broadchurch in 2017. Colman was also seen in the Amazon comedy series Fleabag in 2016.

Colman has won praise from critics and peers for her versatility in both comedy and drama. “She’s not afraid to cry but she’s also incredibly tough,” says Broadchurch creator Chris Chibnall. “She’s funny, but she’s able to go into the deepest, darkest emotional territory. She inhabits a character from the inside out and, most of all, she understands what it is like to be alive – how ridiculous it is, how heartbreaking it is and how wonderful it is.”

In November 2017, just weeks before season two of The Crown was set to begin, Colman was announced as the next actress who would take over the starring role of Queen Elizabeth II from Claire Foy, who had played the younger Elizabeth for the Netflix series’ first two seasons. Colman proved a sound choice for the portrayal of the middle-aged Queen, earning a Golden Globe following the November 2019 release of season three, and many other award nominations for the role.

In 2018 Colman starred in the dark comedy-drama The Favourite as Queen Anne, an early 18th-century British monarch devoted more to her eccentric interests than to governing. The following year she surprised presumed frontrunner Glenn Close for the best actress Oscar, validating the wisdom of those who viewed her as one of the leading talents of her generation.

Colman went on to co-star in the searing drama The Father (2020), as the daughter of an elderly man (Anthony Hopkins) who rages against encroaching dementia.

Colman received several award nominations for her role in 2020's The Father, including the Oscar for Best Actress in a Supporting Role.

Colman married novelist Ed Sinclair in 2001. They have three children and live in London.