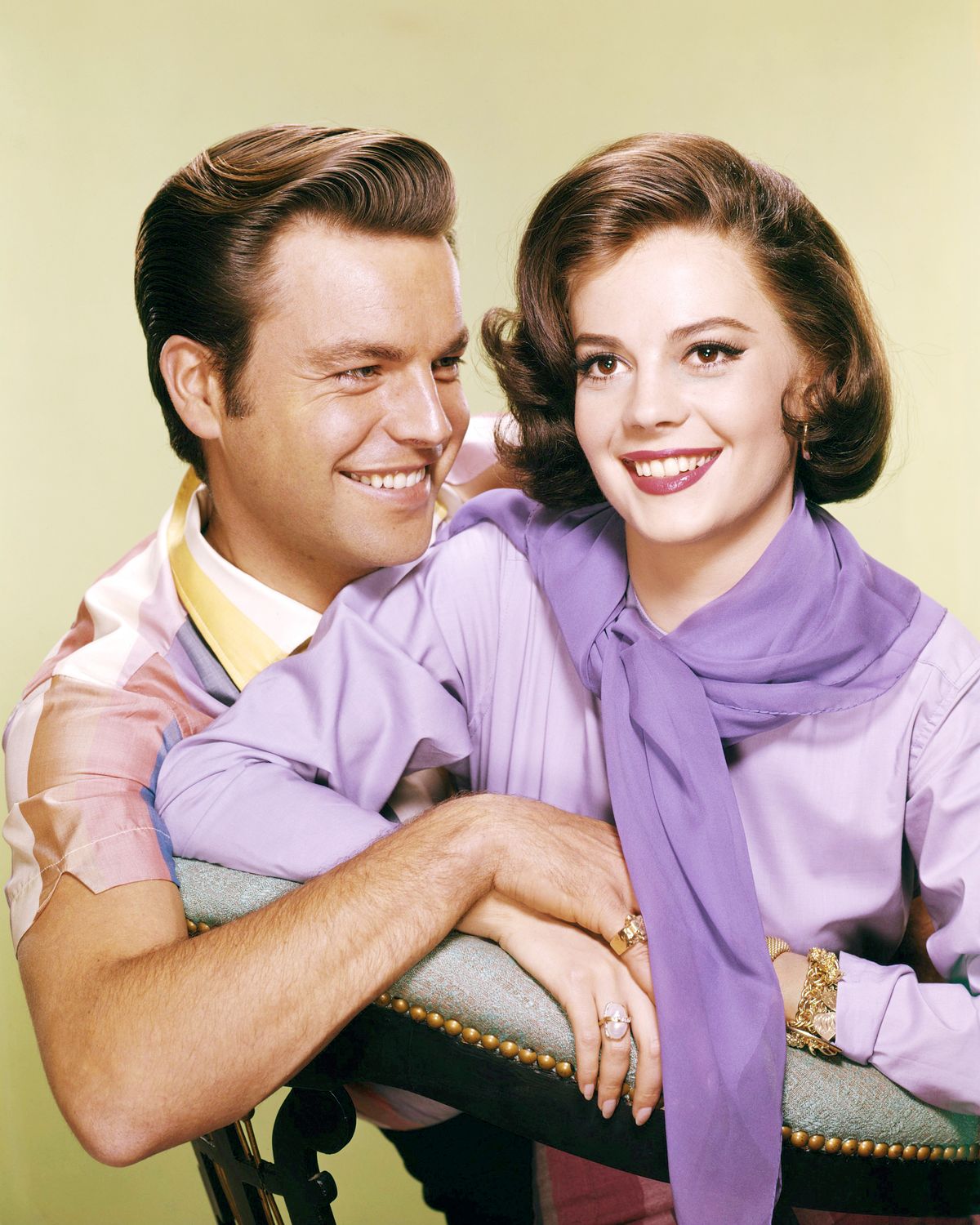 It was a love match anchored in the history of old Hollywood. A child star turned teen idol, Natalie Wood had grown up on film screens in front of millions of Americans, and at age 18 had made the transition to serious adult actress. Robert Wagner, a 26-year-old square-jawed aspiring contract player at 20th Century Fox, had looks, charisma and his sights on big-screen stardom.

Their romance and subsequent marriages kept fans enthralled over the course of two decades. But it would be Wood’s 1981 death by drowning and its surrounding circumstances ­– an apparent late-night fall over the side of the family yacht on which she was vacationing with husband Wagner and actor Christopher Walken off the coast of California’s Catalina Island – that would eclipse any professional or romantic legacy the couple could ever have envisaged.

The studio initially set up Wood and Wagner to garner publicity

Wood, who had first appeared on screen shortly before her fifth birthday in Happy Land (1943), first encountered Wagner a few years after her debut. “I was 10 and he was 18 when I first saw him walking down the hall at 20 Century Fox,” Wood recalled to People in 1976. “I turned to my mother and said, ‘I’m going to marry him.’”

By the time of that first fateful meeting, the daughter of poor Russian immigrants was a known and respected actress. Wood’s rise to fame had been fostered by her mother, once an aspiring performer herself, and she was signed to a 20th Century Fox contract before age 10. Her first vehicle at Fox would be in the role of Susan in what would become the enduring Christmas classic Miracle on 34 Street (1947).

Wagner, known to friends and family as R.J., had dreamed from a young age of life as a working actor and had become a handsome fixture around Hollywood by the mid-1950s. Though he would appear in more than 40 films, big-screen stardom would elude him as the studio system was dismantled and the entertainment industry began embracing the burgeoning television market.

The studio system played a hand in their first date, an arranged meeting in 1956 set up to garner publicity for the admired actress (she had appeared the previous year alongside James Dean in the hit Rebel Without a Cause) and the on-the-cusp supporting player. The attraction was real and they were married a year later after Wagner proposed by placing a pearl-and-diamond ring in Wood’s champagne glass.

The couple spent much of their honeymoon on a yacht, navigating the Florida Keys. Being on the water was a passion they both shared, though Wood often spoke of her fear of “deep water.” 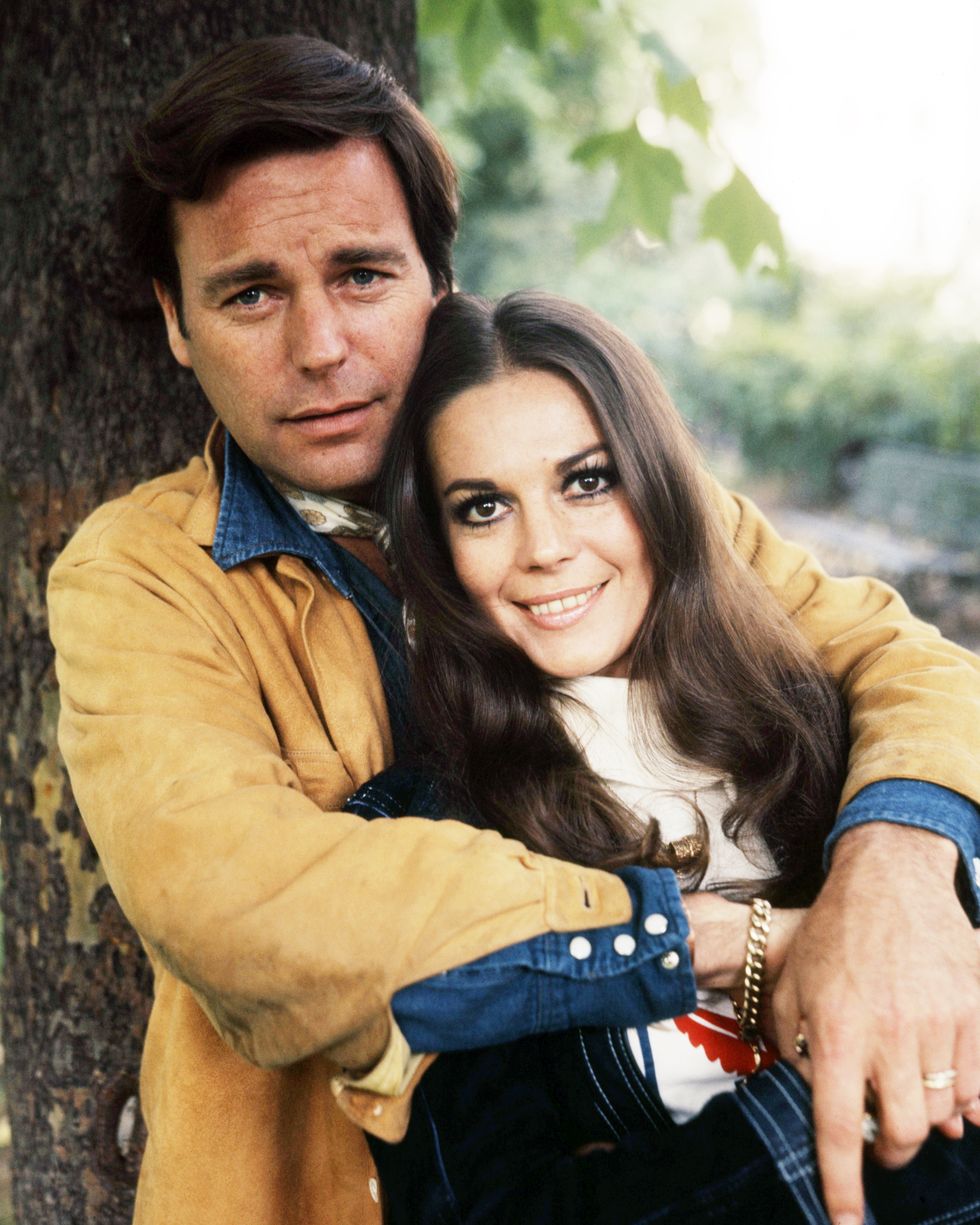 The pair divorced after four years of marriage, potentially due to infidelity

Wildly in love, the newlyweds began their life together under the constant glare of publicity, something Wood had been dealing with since her years as a child star. “We drove a Corvette across the country,” Wood recalled of the time. “Radio stations would announce we had just passed through, and people would wait for us in every little town.”

The media scrutiny continued as Wood’s star rose to even greater heights in the following years due to starring roles in Marjorie Morningstar (1958), Splendor in the Grass (1960), as the doomed Maria in West Side Story (1961) and Gypsy (1962). But off-screen, her marriage to Wagner was on shaky ground. “We knew each other better than we knew ourselves,” she recalled. “I always knew he was okay. It was myself I didn’t know about.”

The couple separated in 1961 and divorced the following year with Wood remaining silent on rumors the marriage had ended suddenly because she had had an affair with her Splendor in the Grass costar Warren Beatty. Another story regarding the reason behind the breakup involves Wood finding Wagner in flagrante with another man, according to Wood’s younger sister Lana and other sources, as reported by Vanity Fair.

Wagner and Wood remarried other people and then each other

Following the split, Wood plunged into therapy, often attending sessions five times a week. Both parties began dating again and would go on to marry other people, but they “never stopped loving each other,” according to Wood.

Wagner remarried in 1963 to actress Marion Marshall, with whom he had a daughter, Katie, born in 1964. The couple divorced in 1971. In 1969 Wood married film producer Richard Gregson. They too had a daughter, Natasha, born in 1970, but separated a year later after Wood overheard an inappropriate conversation between Gregson and his secretary, according to Natasha: The Biography of Natalie Wood by Suzanne Finstad. Wood maintained the split was amicable.

Wood remarried Wagner in 1972, within three months of her second divorce. “Friends told me to put on the breaks,” Wood recalled of her decision to reunite with her ex-husband after she accepted an invitation to his house in Palm Springs. “We were both in shock,” Wood said to People. “We talked about what had happened to our marriages. He had become a man instead of a boy.” Wood believed that the time apart during the intervening years was essential to their reconnection. They chose the 1972 Academy Awards ceremony as their first public outing as a newly reformed couple.

In contrast to the first time they said, “I do,” Wagner’s career was the one ascending but on the small screen. Premiering in 1968, ABC’s It Takes a Thief was a hit and Wagner was commanding about $10,000 per episode. The role of a debonair ex-con would pave the way to his biggest success, Hart to Hart, which aired from 1979 to 1984 on ABC.

Wood had settled into semi-retirement by the time she remarried Wagner. “Work doesn’t play the same role in my life it used to,” she said of her decision to focus on her marriage and children. Wagner and Wood’s only child together, Courtney, was born in 1974. Along with their two previous children from earlier marriages, they formed a Hollywood family unit admired by fans new and old. 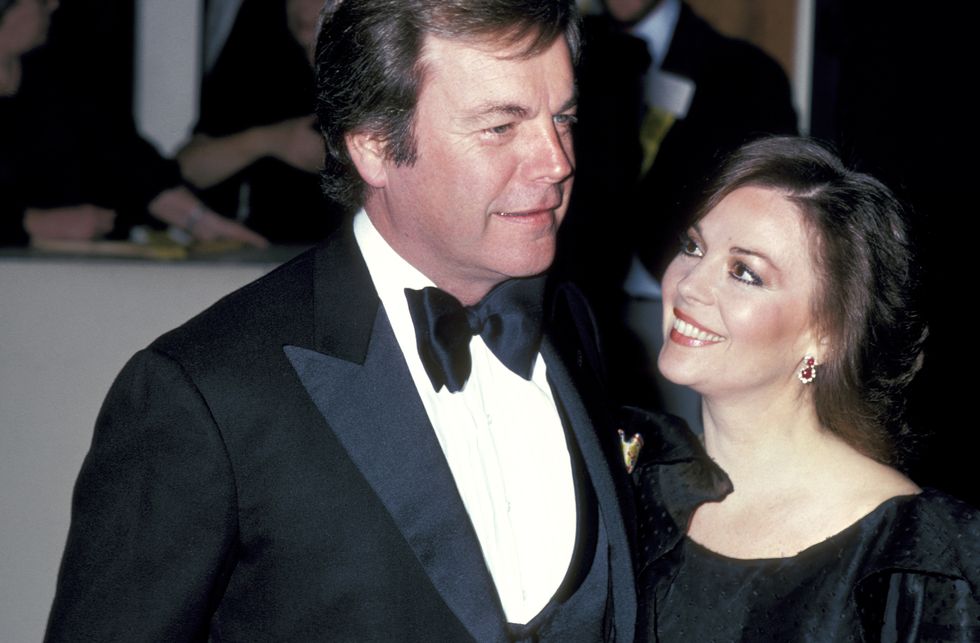 Robert Wagner and Natalie Wood at the 38th annual Golden Globes on January 31, 1981, less than a year before she died.; Photo: Ron Galella/Ron Galella Collection via Getty Images

Wood mysteriously died while on a boat trip in 1981

Their happy reunion would last only nine years. Wagner, Wood and her then-costar Walken took a trip on the couple’s boat, Splendour, to Catalina Island during Thanksgiving weekend 1981. After a day of drinking, tempers reportedly flared in the evening with Wagner breaking a bottle, supposedly over Wood’s apparent closeness to Walken. The couple allegedly argued before Wood returned to her cabin.

Later that night, Wagner could not locate his wife on the Splendour. Wood’s body was not discovered until the following morning, November 29, floating in the water off Catalina near a dinghy belonging to their boat. Ruled an accidental drowning, experts theorized Wood fell into the water while trying to secure the dinghy.

“I lived a charmed life, and then I lost a beautiful woman I loved with all my heart,” Wagner said of her death. “I don’t know what happened,” Walken said of the incident to People in 1986. “She slipped and fell in the water. I was in bed then. It was a terrible thing.”

“R.J. was the love of her life,” Mia Farrow recalls in Natasha Gregson-Wagner’s 2020 documentary Natalie Wood: What Remains Behind. “It was like two parts of the same whole.” Yet the story of Wagner and Wood’s long relationship would take a backseat to ongoing lurid headlines concerning Wood’s drowning.

Wagner is considered a 'person of interest' in Wood's death

Wood’s sister, Lana, and Dennis Davern, the captain of the Splendour in 1981, have spoken publicly about the incident, alleging Wagner played a greater role in Wood’s death than was originally revealed. In 2011 the Los Angeles County Sheriff’s Department reopened the investigation into Wood’s death due to new information becoming available. The cause of death was changed from “accident” to “undetermined” in 2012.

Wagner eventually found love again with actress Jill St. John, whom he married in 1990. But Wood’s death continues to make news almost four decades after her shocking drowning: In 2018, L.A. County investigators named Wagner as a “person of interest” they were seeking to speak with in connection of the ongoing investigation.